Fourteen people were arrested in Spain Wednesday after violent street protests in several cities followed the apprehension of a controversial rapper who had barricaded himself inside a building to avoid jail.

Police say rapper Pablo Hasél was arrested at Lleida University in northeastern Spain after a 24-hour standoff. He was taken to prison to serve a nine-month sentence after being convicted of offending the monarchy and endorsing terrorism in tweets and a song about King Juan Carlos.

His arrest triggered protests in several cities, resulting in 33 injuries. The largest demonstration was in Barcelona, where protesters threw stones at police and set trash cans on fire. 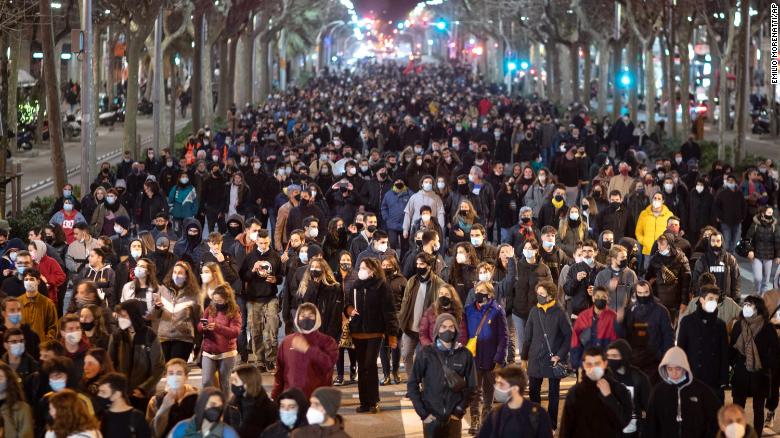 Some protests looted stores and some police used batons and foam projectiles to disperse crowds.

After Hasél’s detention, Deputy Prime Minister Carmen Calvo said people should not be imprisoned over freedom of speech issues in a democracy like Spain.

The Catalonian rapper was previously charged with assault and breaking into private premises.

Hasél’s case has drawn international attention from artists, other celebrities and politicians who are demanding a change in Spain’s “gag law.”

His case is the latest in a list of trials in Spain involving artists and social media personalities under its 2015 Public Security Law, which was enacted by a conservative government, according to Amnesty International.

Hasel had until last Friday to hand himself in to police after Spain’s Supreme Court in May 2020 upheld a lower court’s conviction in March 2018 against the rapper, whose full name is Pablo Rivadulla Duro.
The conviction was for supporting terrorism, and also for libel and slander against the Spanish monarchy, through his social media messages, according to a copy of the court’s sentence and a Supreme Court press office statement about it. He was sentenced to nine months in jail.
The 70-page Supreme Court sentence said that the rapper published tweets from 2014 to 2016 “that denigrated various institutions while also dedicating phrases glorifying certain people convicted of terrorism.
The sentence, seen by CNN, said the rapper’s “Twitter profile had at the time of publishing the tweets more than 54,000 followers” and that authorities “found 1,915 tweets in which appear the terms GRAPO, Monarchy, King, ETA, Terrorism, Bomb, Police and Civil Guard.”
GRAPO is the banned Marxist paramilitary group, The October First Anti-Fascist Resistance Group. ETA was the armed Basque group, listed as a terrorist group by Spain and the European Union, which killed more than 800 people in its long, unsuccessful fight for Basque independence.
On Monday, Hasel tweeted: “I stayed here without going into exile to contribute more to spreading the message, to the mobilization and above all to the organization. They have imprisoned me with my head held high for not having yielded to their terror, for having contributed my grain of sand to what I mentioned. We can all do it.”
Amidst the protests on Tuesday night, Mossos (the police force of Catalonia) said on Twitter: “In Girona, a group of people with a violent attitude have burned several containers and thrown stones and pyrotechnic material at the police in the area of the Subdelegation.” Mossos also said a group of people had burned a bank in Girona and have removed several traffic signs.
On Friday, Hasel tweeted a statement saying “at 20:00 the deadline for voluntarily entering prison ends. It would be an unworthy humiliation to go on my own foot before such an unjust sentence, so they will have to come to kidnap me.”
He added: “More mobilizations have been called for when they imprison me.” 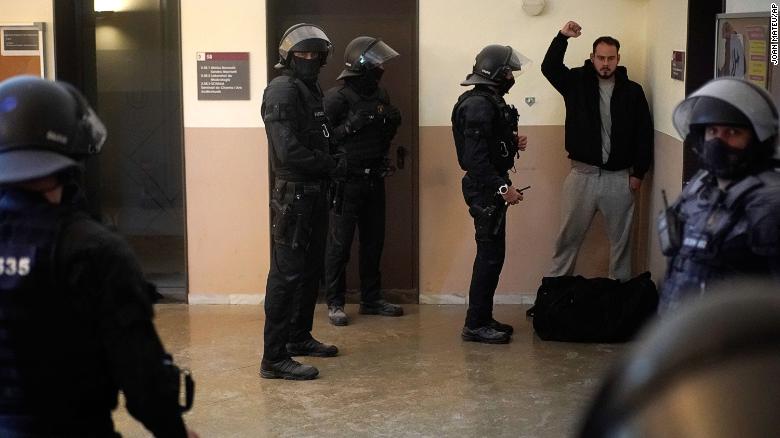 “If you answer in a forceful way they will think twice before jailing others for denouncing the guilty of the policies we suffer and it is possible to get me out. If we do not push back the State in the repressive plane and others, we are lost. So much more and this, it is time to say enough and take to the streets,” the statement continued.
Amnesty International in Spain tweeted on Tuesday: “Pablo Hasel going to jail is UNFAIR. We will not stop until the crimes of the Penal Code that limit artistic expression are repealed. Cases like this cannot be repeated.”
The Supreme Court press note, referencing Hasel’s sentence, said that “free speech has its limits” and “is conditioned by other rights and constitutional demands.” 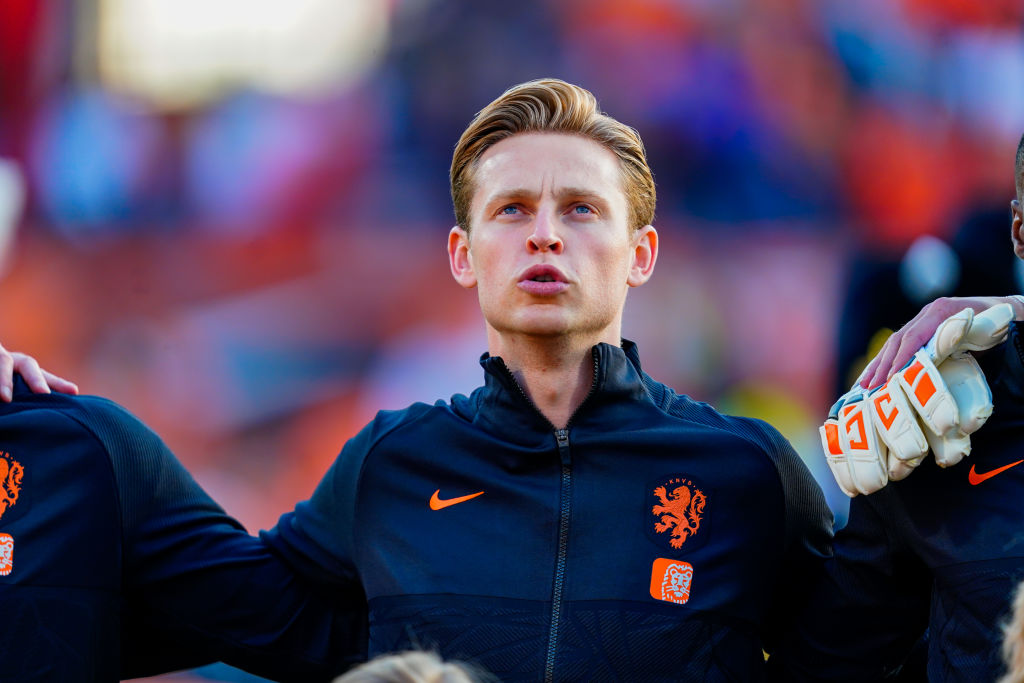 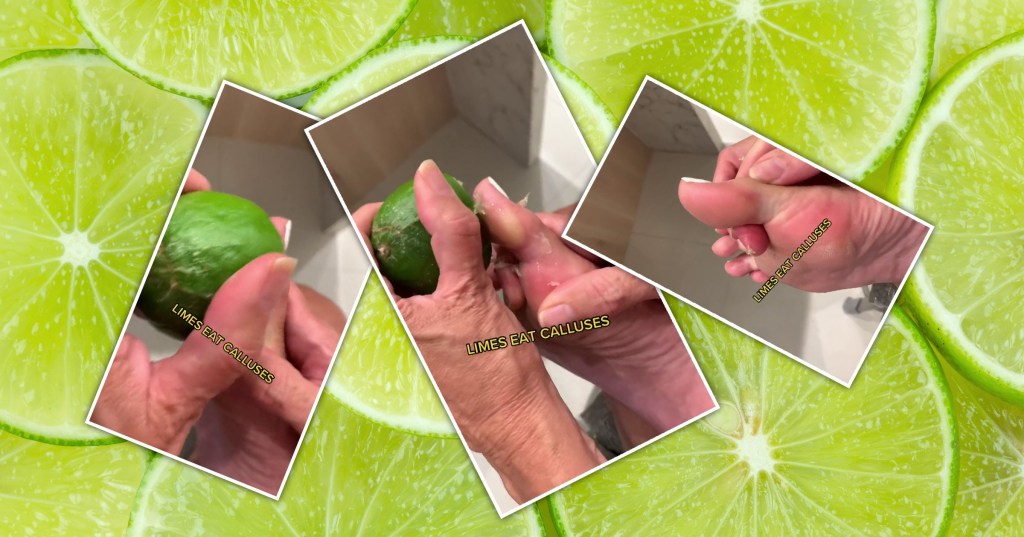 Woman reveals hack to get rid of calluses using limes