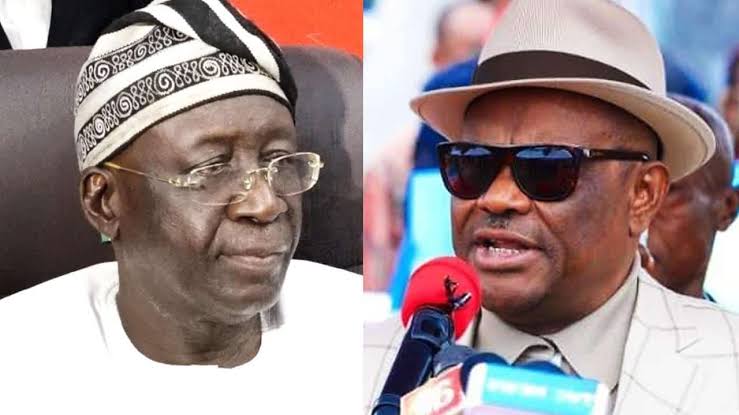 The Atiku Abubakar Presidential Campaign Council has said Governor Nyesom Wike of Rivers State and the National Chairman of the Peoples Democratic Party (PDP), Iyorchia Ayu, will find a common ground to work for the party in the 2023 general elections.

The spokesman of the council, Charles Aniagwu, said this on Wednesday while reacting to the reports that Wike and his allies have pulled out of the party’s presidential campaign council. In an interview with Daily Sun, Aniagwu said that the issues agitating the aggrieved leaders were not new, adding that the party hold the leaders in very high esteem. The Commissioner for Information in Delta State said Atiku values Wike and his team and thus look forward to having them work together with other members of the party. He said the struggle to rescue Nigeria transcends beyond all political interests, noting that the leaders were very desirous of rescuing the country from the All Progressives Congress (APC). He said: “It is the issues they raised before, they have not added any new issue. But I am still confident that as we make progress, the leadership and they themselves will find a common ground. “We value them, and we look forward to having them work together with other members of the party. “Many people are looking towards the direction of PDP to rescue the country, even some members of APC are looking towards the direction of our party because they are also disappointed in their party. “We believe that the goal will be the same because they are also desirous of Nigeria being rescued. “I believe that a time will come when everybody will put that rescue mission in front than any other issue.”

‘It Is A Scam’ – Peter Obi Speaks On Fuel Subsidy Removal