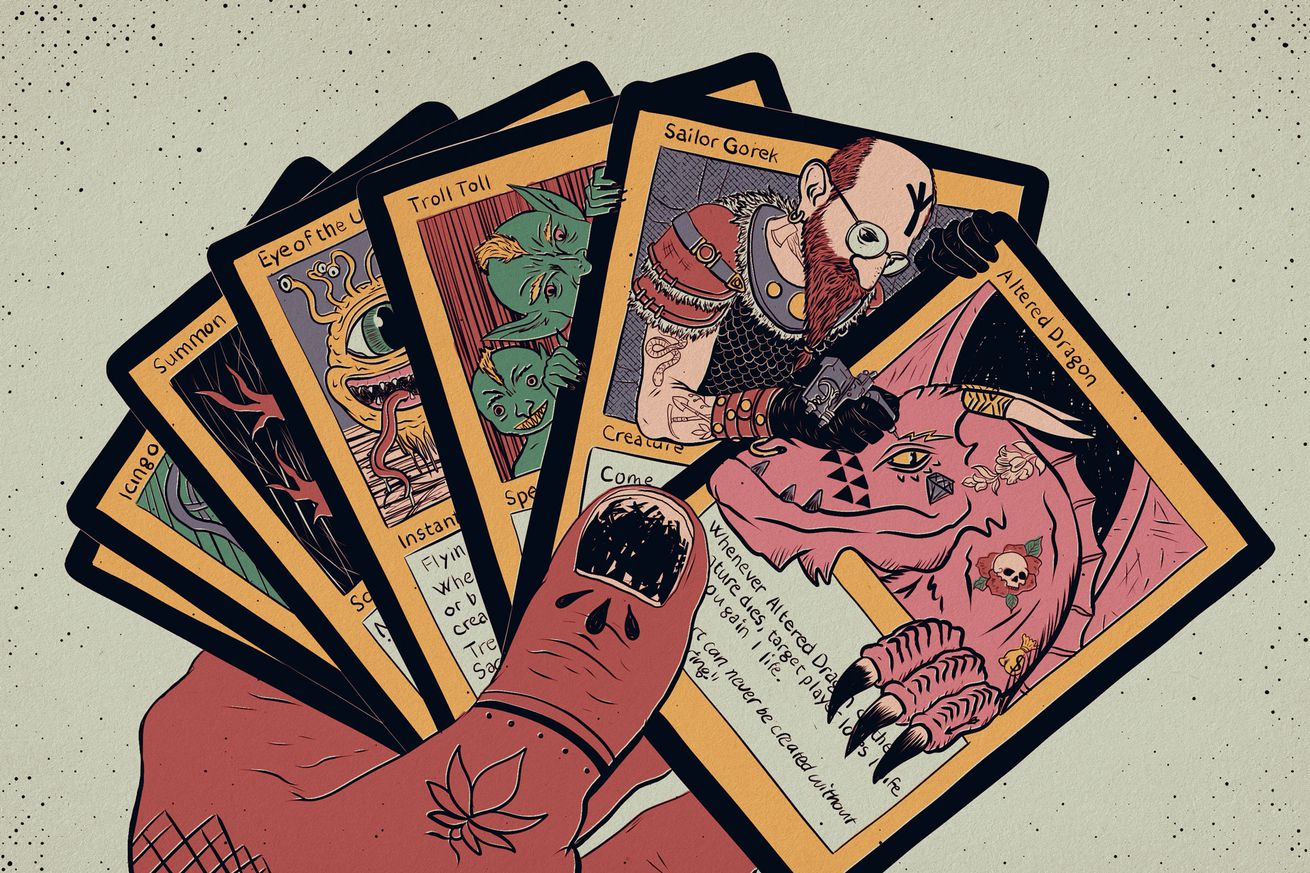 Jeweled Lotus is an incredibly powerful Magic: The Gathering card. For the grand cost of zero mana, you gain three mana of any one color that you can then use to cast your commander, a powerful card integral to the Commander format of Magic play. Because of its massive value in getting three mana for no mana, and with the extreme popularity of the Commander format, copies of Jeweled Lotus cost $70 to $120, and the super fancy, extended art, foil version of the card can fetch a price anywhere between $900 to $20,000.

If you’re a Commander player and want to build multiple decks that use Jeweled Lotus, it can get pretty expensive and tedious. You have to either purchase multiple copies of the card or purchase the card once and ferry it between the different decks that use it. But with a Jeweled Lotus proxy, a special fan-made item that essentially acts as a stand-in for a typical MTG card, you can bust out that God-Eternal Oketra a couple turns early without shelling out major cash.

Proxies and their siblings, alters and overlays, are the products of a growing cottage industry attached to Hasbro’s billion-dollar collectible card game. They are made by members of a dedicated community of players and creators in which artistry and Magic combine to allow players the ability to express themselves with their decks and how they play.

Proxies, alters, and card overlays (also known by the trademark Alter Sleeves) are basically the different ways in which you can customize, modify, or replace a Magic card.

“An alter is when someone takes paint and puts it on an existing, official card,” explains Meghan “Sheepwave” Burden, a proxy artist with a flair for doing weird and potentially painful but awesome things in the MTG community. “A proxy is something that is printed from scratch.”

Overlays involve taking a protective card sleeve or a card-shaped piece of transparent plastic and printing art on it to enhance a card’s existing art when one fits into or over the other.

Though not typically thought of as such, Magic is an expressive game. Its five different mana colors each represent a kind of philosophy that’s borne out in that color’s mechanics. Red decks, symbolized by fiery mountains, are quick and aggressive. Black decks represent death and decay and often feature sacrificing a player’s life points for power. Green decks symbolize nature, valuing very powerful (and very large) creatures that trample anything in their path and so forth. Players enjoy building decks that suit their particular style, and having modified cards enhances that.

“There’s just so much visual variety that you can put into a Magic deck,” Burden said. “And EDH, in particular, lends itself to self-expression.”

Familiarity with the various Magic formats and rules is key to understanding the appeal of alters, proxies, and overlays. Elder Dragon Highlander (EDH), better known as Commander, is perhaps the most popular format of Magic right now. It’s a sharp departure from Standard Magic and requires players to build 100-card, single-copy decks led by a powerful creature called the commander.

Unlike the highly competitive formats of Standard or Draft, Commander, by comparison, is much more casual. Generally, there’s less emphasis on following the complex rules of play; decks are designed to pull off cool combos (like overrunning your opponent with squirrels) instead of being built from the most efficient, most powerful, and most recent set of cards. If you want to beat your friends, play Standard. If you want to have fun with your friends, play Commander.

Athena Kipen, however, is much more strategic with how she chooses what cards to make art for. “Firstly, only pick popular commanders,” she said. Kipen makes pixel art card overlays. Think of them like card balaclavas. It’s art printed on a piece of transparent plastic that, when slid over a card, still displays pertinent information (mana cost, card name, etc.) while changing or enhancing the card’s existing art.

Kipen typically only chooses commander cards for her overlays. Usually, most Magic players will put their cards in a protective sleeve. Because Kipen does overlays that fit over a card, any card with one will be substantially thicker in its sleeve, making it essentially a marked card. Commanders, however, are not shuffled in with the rest of the deck (they exist apart in a special Command zone of the battlefield), so Kipen can make commander overlays without worrying that players will use them to cheat. “I like commanders. I think they’re fun,” she said. “I think they’re also a really wonderful part of self-expression in the game.”

Due to the relaxed nature of the format and the thousands of creatures to choose from, a player can pick a commander not only because it’s powerful but because something about a particular card speaks to them. Commanders can function as an extension of the player, an avatar, or an ideal. Alesha, Who Smiles At Death is still a popular commander seven years since her first printing, not only because it’s a relatively decent card but also because the titular Alesha is the game’s first transgender character.

Kipen doesn’t have any overlays of Alesha — but she does have a favorite among her work. “My Gallia is my favorite art,” she said. “It’s so wonderful and silly and gay, and I love it. I was thinking, ‘Okay, [this is for] any people who want to make their Gruul [red / green] decks just a little bit more sapphic for the fun of it.’”

Self-expression is an important part of the proxy / overlay / alter equation, but it’s not the only one. For Burden, proxies are also a method of accessibility, a simple safety feature, and an avenue of protest. “Sometimes, I pick a card I already know I want to make new art for because maybe the artist of the original card was at a neo-Nazi rally or something.”

Though she doesn’t mention him by name, Burden is likely talking about Seb McKinnon, the popular Magic artist who was embroiled in controversy earlier this year after publicly supporting the Canadian trucker caravan. The caravan protested the country’s vaccine mandate but was criticized for the involvement of right-wing groups like QAnon and for featuring Confederate and Nazi flags. McKinnon denied the racist characterization of the event and reaffirmed he only supported the end of vaccine mandates. Magic publisher Wizards of the Coast never issued any statement on the matter, but fans have noted that his art hasn’t been featured in recent sets.

Burden espouses a philosophy of “proxy what you own.” It’s the practical solution to the Jeweled Lotus problem referenced earlier. With proxies, Burden and other Magic players can keep their expensive cards safe and secure, protected from thieves or an errant coffee spill at the game table, while also being able to reap the benefits of actually playing them.

“I have a binder,” Burden said. “It’s obscene how much this thing is worth. I get uncomfortable even just thinking about it. But it’s got like one copy of all those insane reserve list cards that I then use in 24 EDH decks that don’t have the actual copy in it. I have my proxy that’s got my own art on it.”

Of course, you’re not going to be able to roll up to the next Grand Prix event with a deck full of proxies of $100 cards. Proxies and alters aren’t generally allowed for sanctioned events, although there are cases when a proxy might be permissible, and, of course, if you’re playing with friends, anything goes.

Burden also has to be thoughtful about the cards she chooses to make proxies for.

“I have noticed that sometimes there are certain cards that I’ve had to rethink how I use them,” she said. “Because they’ve got such iconic art that if I put them down and it doesn’t have that art, people are confused by it.”

Magic is a sight-based game, and paper Magic (as opposed to digital Magic like MTG Arena) isn’t the most accessible of formats. Magic cards have tiny fonts that can, at times, be hard to read for even full-sighted people. Burden herself has a visual impairment that makes reading cards all but impossible. It’s why she settled on making proxies instead of alters. “That was also a big motivation for me to get into this. Because I can print the text as big as I want in much more easily seen fonts.”

Like any creative business endeavor, it’s hard to get from art to sellable product. There’s also finding the right business to print your stuff, shipping costs to consider, and advertising. Both Burden and Kipen have their own storefronts and rely on social media and the odd viral post on MTG subreddits to drive business.

Chad Brown, CEO of Mythic Gaming, believes he can help solve the problem of not only discoverability but also printing costs, shipping costs, and the other attendant issues that come with running an art business.

“I was at a tournament looking at a huge collection of hand-painted alters,” he said. “And I thought, ‘Wait, can’t I work with artists to print these kinds of designs onto sleeves? And if I do that, could they then be able to sell them to more people?’”

Obsessed with his new idea, Brown went back to his seat and zoned out for the rest of the tournament. “I was just frantically searching on my phone, trying to see if anyone else was doing something like this,” he said. “I couldn’t find anything when I typed in the search term ‘MTG alter sleeves,’ so I immediately snatched up that domain and spent the next six months building up the business model, making prototypes, and working with a small group of artists to come up with designs that we could test print.”

Brown created both mythicgaming.com and altersleeves.com, where artists can sell their work to interested buyers while Brown’s company handles the logistics. Right now, creators get a 20 percent cut on each item sold, and it’s print-on-demand, so there’s no pressure to sell through accumulated inventory in order to make a profit. But 20 percent of a $6 alter sleeve isn’t a lot, and there has been criticism that Brown’s artists aren’t being paid enough.

“I think that it’s something that we can address and are intentionally working to improve with some of the stuff we’re doing with Mythic Gaming,” Brown said. “Where a design could, in the future, be an alter sleeve, but it could also be a playmat, or it could also be a deck box. And so by offering more lines of product, I hope that people’s creative works can generate more revenue for them.”

MTG Lexicon. MTG Lexicon has a Patreon, which, at certain levels of patronage, grants fans an exclusive playmat printed by Mythic Gaming. That’s the kind of partnership that Brown sees as the future of his businesses. $6 alter sleeves are only the beginning, the entry point into an ecosystem where Magic creators can leverage their art and their communities to become self-sufficient.

“If [communities] are willing to pay $5 a month to subscribe to Discord server or their Twitch channel, maybe they’d be willing to pay $5 more for design that’s exclusive to those fans,” he said. “That’s what we’re exploring, and at least the initial tests seem to say yes, they are.” 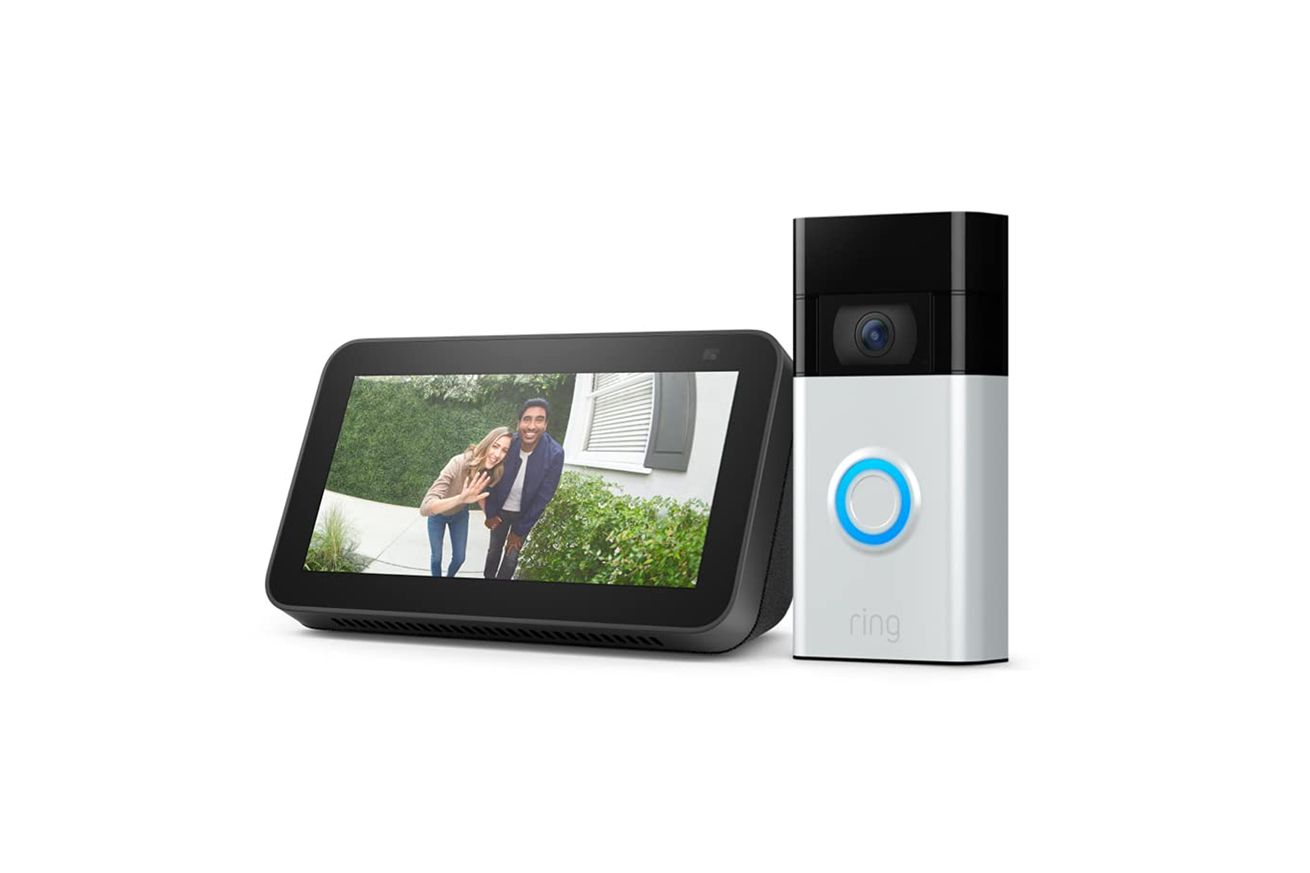 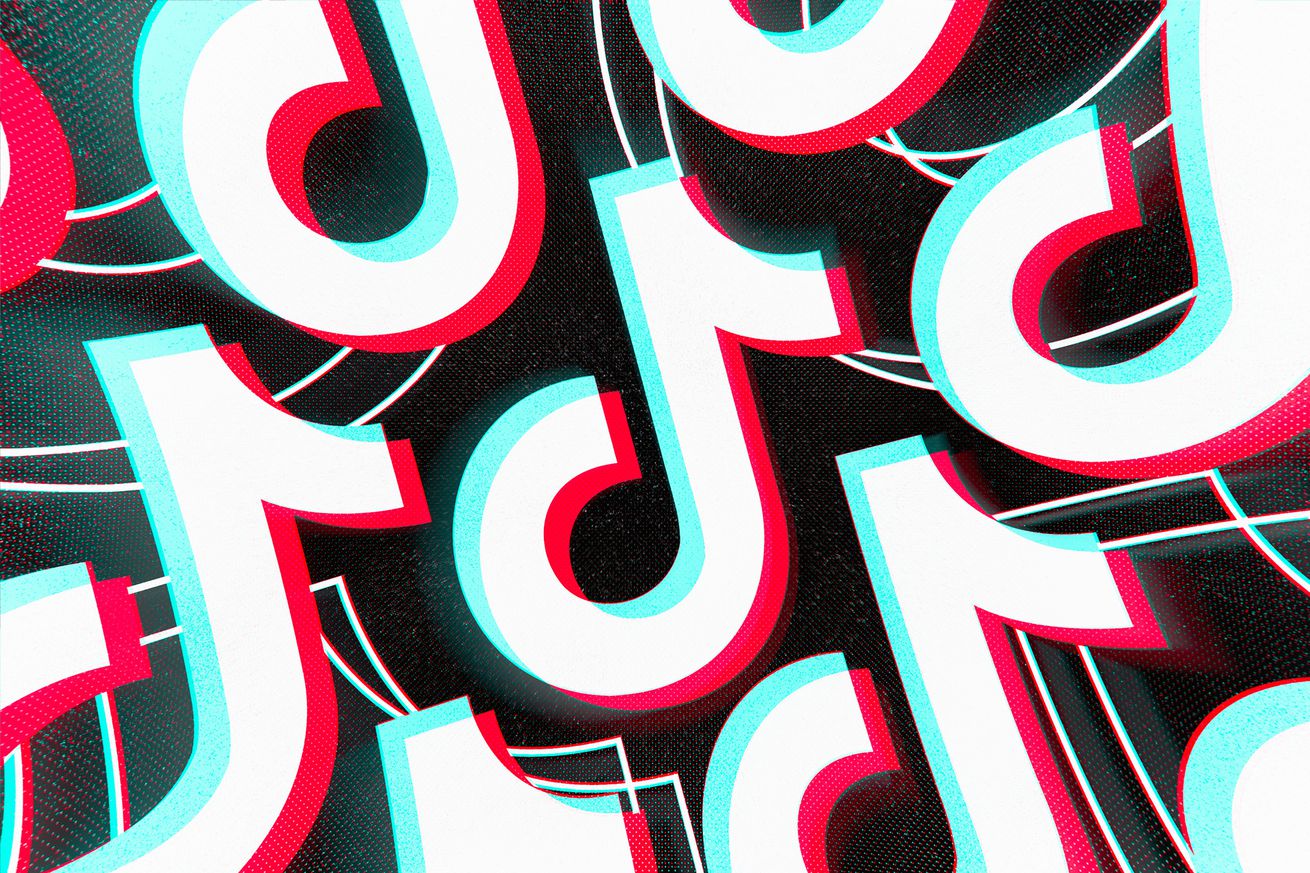 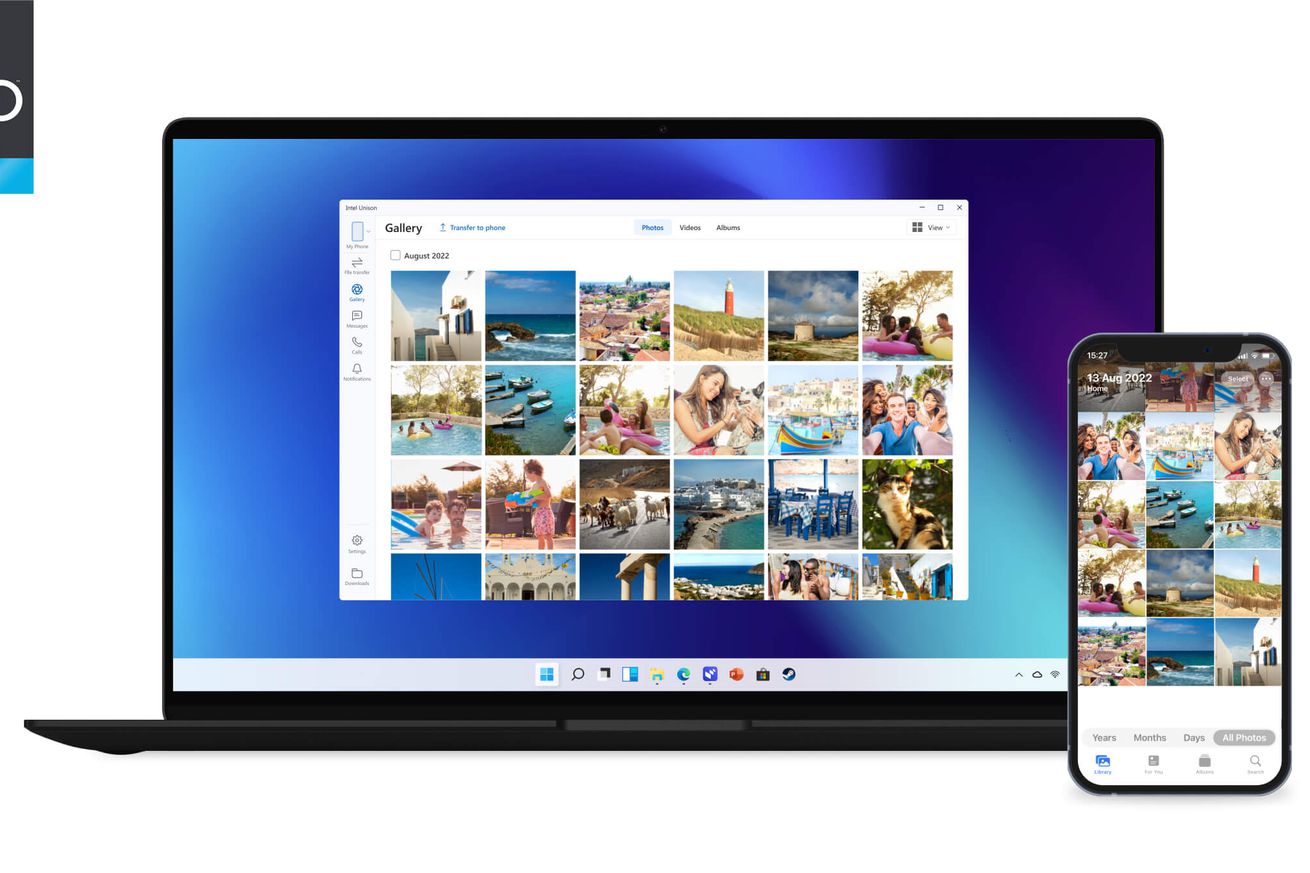