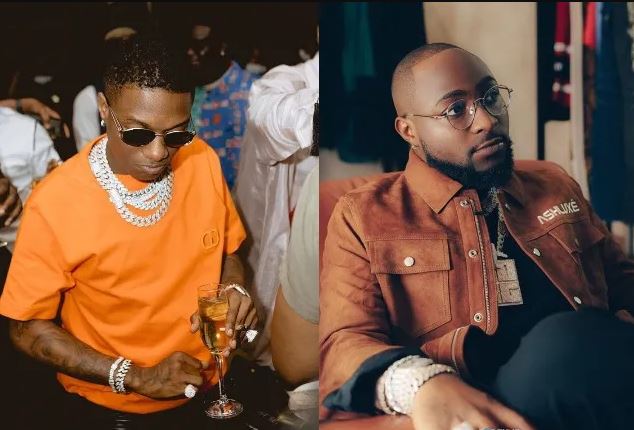 The beauty of fame and a stable financial institute is quite thrilling but sometimes impacts hate, competition and rivalry amongst top stars.

This has often laid an impact on the lives of Nigerian top Afrobeat Giants who fell victims to feuds among each other. They fought with each other via their pride and created memories that are discussed daily.

Karoloaded highlights some of these big names involved in the heated feud have reconciled and quenched their grudges while some are still stocked in bitterness.

In detail, we would outline and discuss Nigerian Afrobeat big names who have fought with each other.

Beefs And Feud That Transpired Between Afrobeat Giants In Nigeria Music Firm.

The two Afrobeat maestros and singers who have thrived and earned their spot on the top have quite condoned the longest feud in the Nigerian music industry as a whole.

Despite the fact that they were once termed intimate friends, Wizkid and Davido are the current greatest rivals in the genre of Afrobeat.

Their feud started several years ago when their fame sparked. Dishing out hit songs consistently and almost averaging themselves in results and individual honors, Wizkid and Davido gained mouth-watering fan bases. This is where their feud laid its root.

Wizkid who would go on and dominate the Afrobeat genre and Davido who would also thrill millions of people with his rhythm in the nearest future tried to keep their bond but the heaviness of their fans and buoyancy lured them to rivalry.

Shortly after their grudges grew vast, they couldn’t hold back and clashed online. This inspired their fans to kick off daily rivalry and dispute that has emerged to be unlimited and compatible to date.

However, Davido and Wizkid portrayed an optimistic reconciliation after what seemed to be a decade of feuds between the two Afrobeat Giants. They were spotted in the club hugging passionately. In Several interviews, the two also have vowed that they are not pushing each other’s nerves. In reality, Davido and Wizkid are in a serious feud infused daily by their fans. 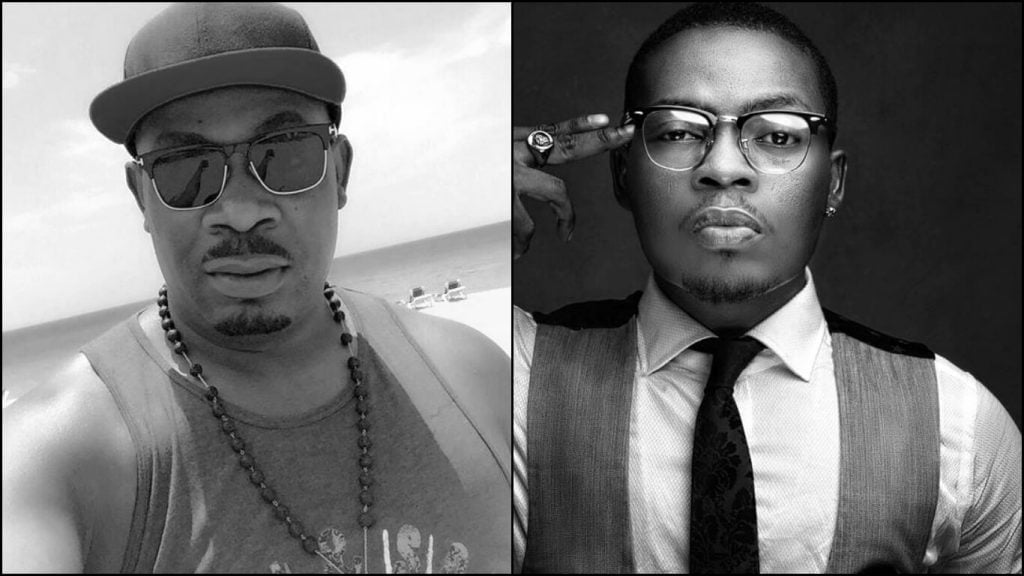 The Nigerian music firm since its peak infused with a vast buoyancy has recorded countless feuds between big stars who fought for their pride.

One of the two greatest Record Label moguls in Nigeria music firm, Don Jazzy and Olamide in no doubt fell into this category.

The CEO of Mavin Record label, Don Jazzy and the CEO of YBNL, Olamide clashed over the Headies Annual musical award back in the year 2015.

Without hesitation, they were nominated in the category of the Next Rated artist of the year. Reekado Banks became the favorite to clinch it and won it in style.

The “Pon Pon” crooner didn’t quite compromise with their judgment and publicly confronted the Headies Musical Awards organizers including Don Jazzy.

He opined that Lil Kesh deserved the award and smashed the microphone on the ground fleeing the stage disdainfully.

Don Jazzy, who was not pleased with his action, urged him to come and claim the prize if he needed it.

However, reports have confirmed that the two have quenched their grudges. 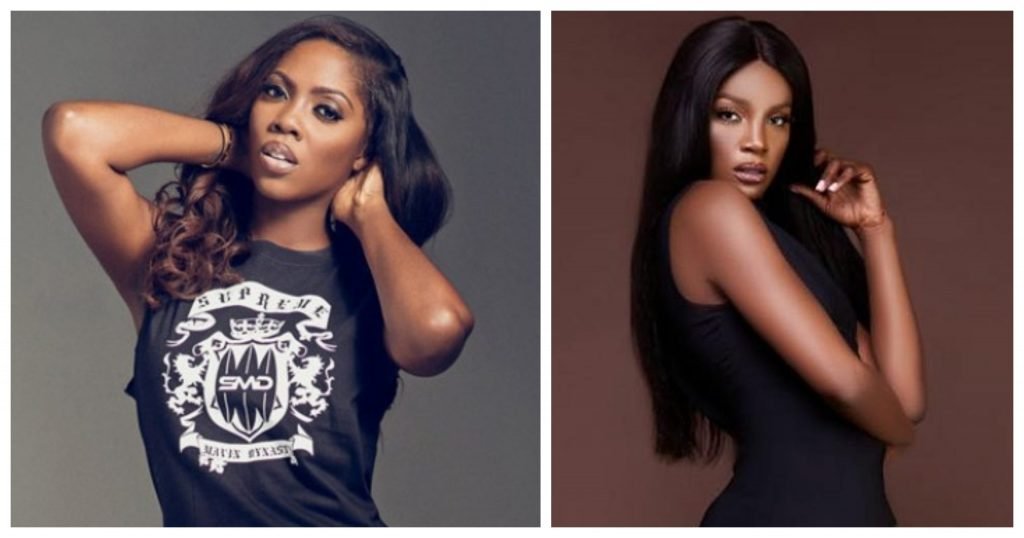 The feud story in the Nigerian Afrobeat curriculum also laid an impact on the lives of the two top-notch Nigerian Feminines, Tiwa Savage and Seyi Shay.

Seyi Shay who had for so long accused the Afrobeat queen, Tiwa Savage of an alleged song Plagiarism was caught shot of an intense version of aggrieved Tiwa Savage after she tried to condone hypocrisy in a saloon they unintentionally bonded for beauty.

Seyi Shay; before the feud with the “My Darling” crooner went heated, has been parading the need for the concerned citizens to be convinced that Tiwa Savage stole her songs and released them.

While the saga speculated, Tiwa Savage never uttered a single word. However, Karma would in the future slam Seyi Shey after she attempted hypocrisy.

While the two mistakenly pooled in the same Saloon in Lagos state, Seyi Shey tried to embrace Tiwa Savage ignoring what she had once accused her of.

This irritated Tiwa Savage who issued her a stern warning to stay away from her status.

In the viral video, the two were seen condoning a clash of tongues as their team retrained possible physical approaches.

This is recognised as one of the latest feuds that have gained its ground in the curriculum of the Afrobeat genre. Davido and Burna Boy are currently not on good terms.

It all spanked back in the late days of 2020 when the lights of Burna Boy heated up. He became among the top Afrobeat maestros who are outstanding with their musical qualities. His musical qualities infused and he has already gained world recognition after his hit album “The African Giant” bagged a Grammy Annual musical Awards nomination which he lost to the African Queen, Angelique Kidjo.

In reality, Burna Boy was already being indoctrinated by the view of his results. He already believed the fact that he is among the top three music stars in Africa and Nigeria precisely.

Davido who didn’t recognise this spanked his wrath after he took to his social media handle and tweeted a photoshopped photograph of him and Wizkid. He captioned it via his view as the two greatest of all time.

It trended via all the social media platforms as fans applauded their faves with loads of facts. This irritated Burna Boy who publicly called out Davido with composed savage punch lines that would go down to become the advent of their current beef.

Referring to Davido, he took to his Snapchat story and outlined that Davido is like an untalented football player but he will play anyway because his father bought the football team.

Their beef and grudges sparked to the highest level after this. Secrets were leaked and we were able to discover that Burna Boy used to write songs for Davido as alleged by many sources.

They even further proved their grudges between each other by engaging in a brutal fight in Ghana and releasing back-to-back diss songs directed at each other. 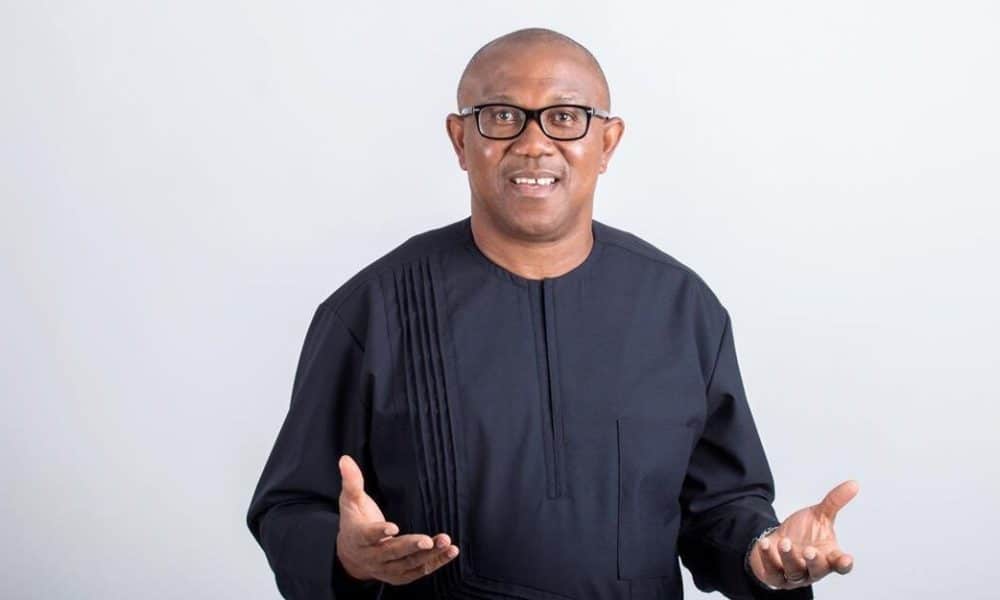 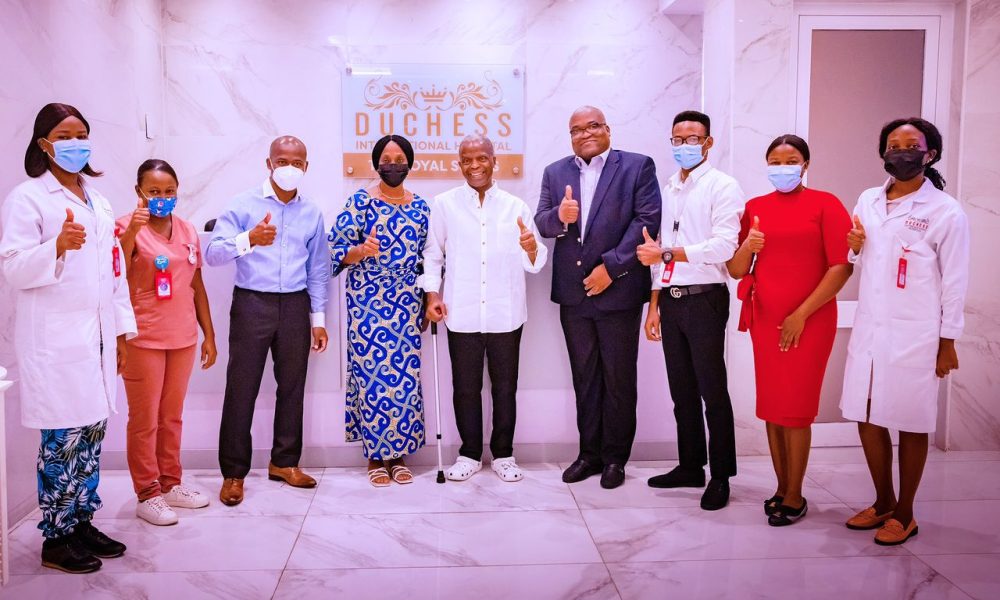 Osinbajo Shares Picture From The Hospital After Surgery