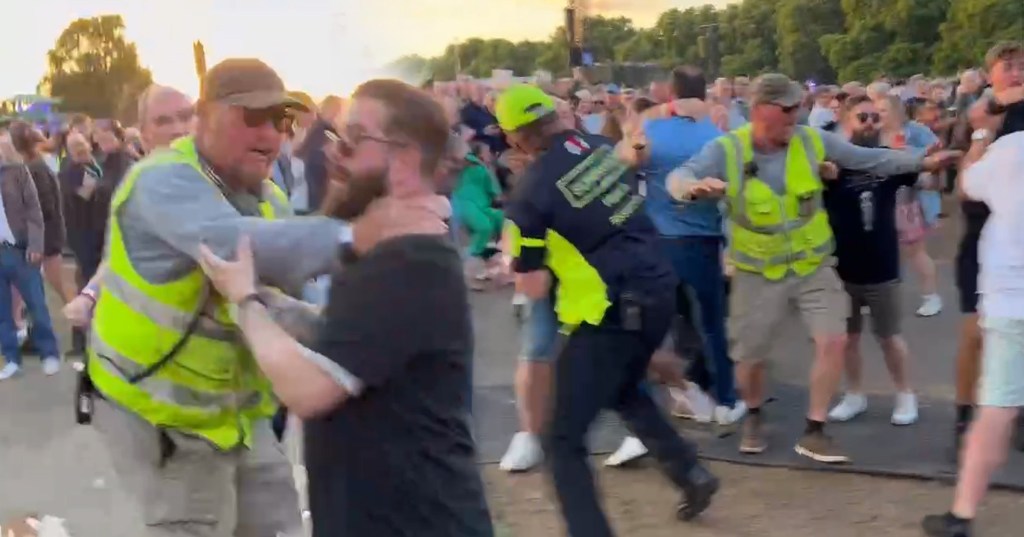 Footage shows how people started throwing punches and shoving each other during a gig in Hyde Park – when the Eagles were singing ‘Take It Easy’.

It seems those involved didn’t take the advice to ‘lighten up while you still can’, with security having to get involved on Sunday.

The 1970s American band were playing as headliners during the annual BST (British Summertime) festival, which draws thousands to watch big name bands in the central London green space.

Several people could be seen getting involved in the scuffles, with two man even rolling around on the floor at one point.

A fan in a black Eagles t-shirt can be seen being held back by security guards at one point, while later a woman in a green dress is pushed back by another guard.

Eventually several people can be seen getting escorted out while an onlooker remarks, ‘You’ve got to take it easy.’

Despite the disruption, the crowd didn’t seem too worried and continued watching the music around the incident.

The Eagles actually broke up in 1980 after a fight – but this time it was on stage.

Two of the band members threatened each other with physical violence in front of an audience.

Lead guitarist Don Felder threatened to ‘kick’ frontman Glenn Frey’s ‘a**’ during a performance of Best of My Love and then smashed up his guitar.

They decided to call it quits after that, but reunited over a decade later to still be going strong in 2022. 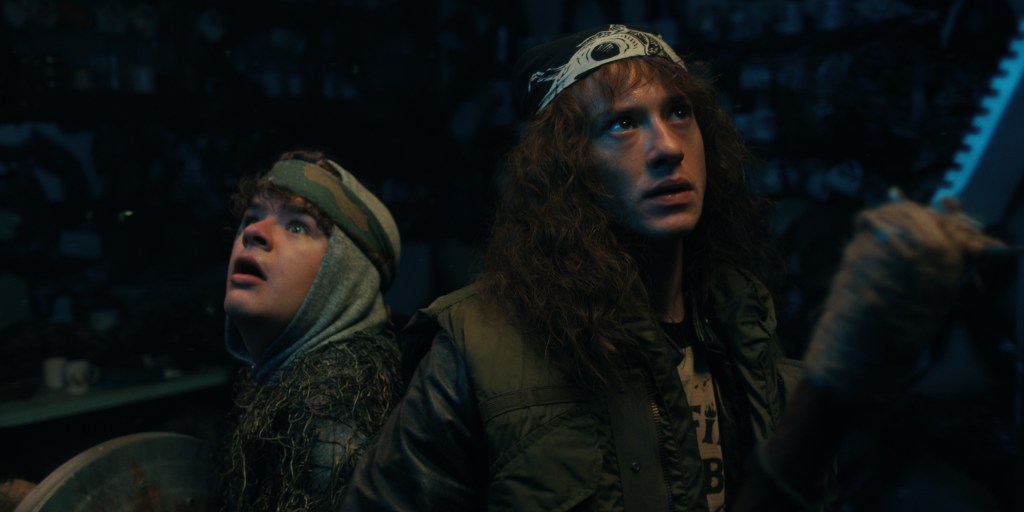 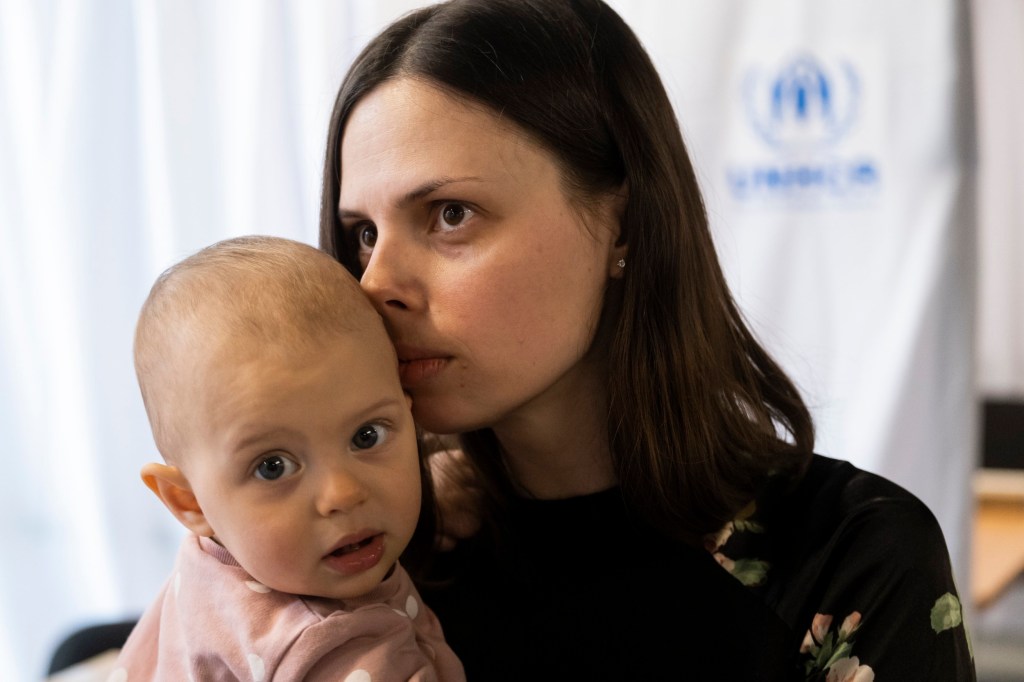 ‘We think about home everyday’: On the ground with Ukraine’s refugees 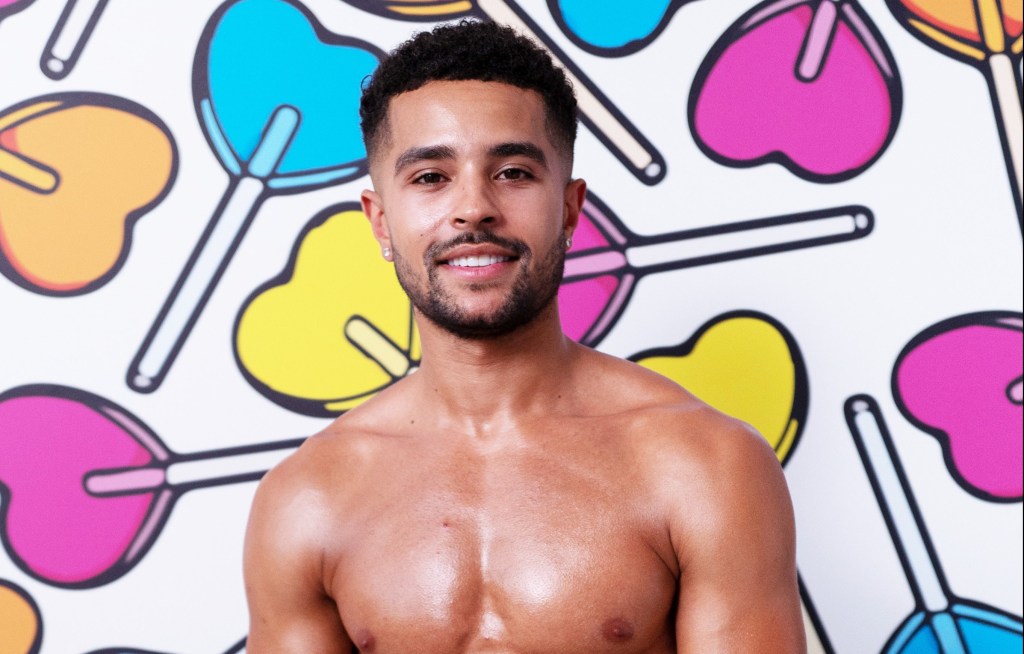