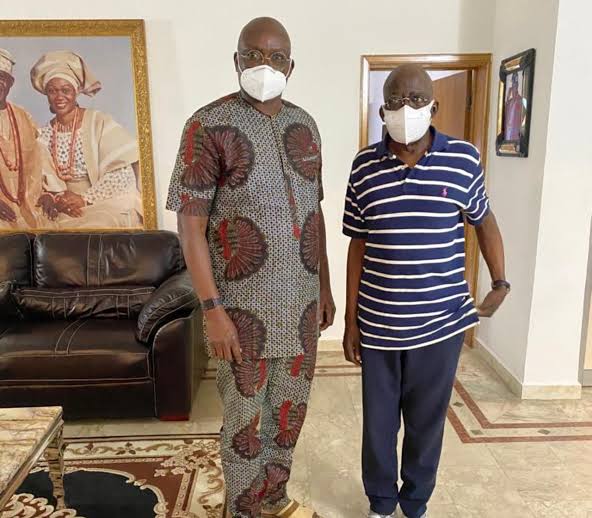 A former presidential aspirant of the Peoples Democratic Party (PDP), Ayodele Fayose, may not back his party’s presidential candidate, Atiku Abubakar.

Naija News reports that the former Ekiti State governor gave a hint in the post on his verified Twitter page on Wednesday. According to Fayose, it was the turn of the South to produce Nigeria’s next president after Muhammadu Buhari’s two-term as president. Using a Yoruba slang now attached to the Presidential candidate of the All Progressives Congress (APC), Bola Tinubu, Fayose said it is the turn of the south or nothing. The PDP chieftain promised to give Nigerians more details on his tweet soon. Fayose wrote: “The PDP Constitution provides for a rotational Presidency. Section 3(c) provides that the Party shall pursue its aims & objectives by “adhering to the policy of the rotation & zoning of Party & Public elective offices in pursuance of the principle of equity, justice and fairness. “The current President of Nigeria is a 2-term Northern Presidency, thus implying that it MUST be a Southern Presidency in 2023 or NOTHING. “Awa ‘South’ lo kan.’ Nigerians should await details soon.” 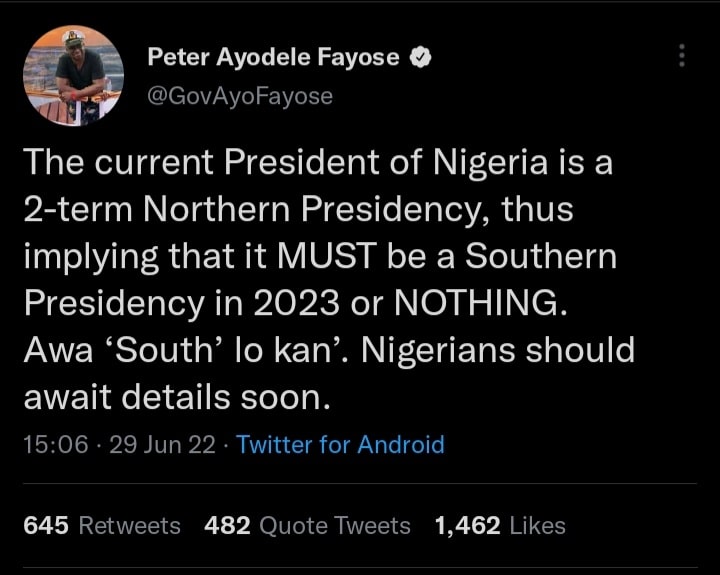 Naija News reports that Fayose is a close ally of Governor Nyesom Wike of Rivers State, who is reportedly plotting to dump the party following his failure to grab the presidential and vice-presidential ticket of the main opposition party. This newspaper reports that Fayose is also a friend of the APC presidential candidate, Bola Tinubu. Tinubu had, during an outburst in Ogun State just before the APC presidential primary, disclosed that he was instrumental to the emergence of Buhari as president, insisting it was his turn to become the next leader of the country. “Emi lokan,” he had said.