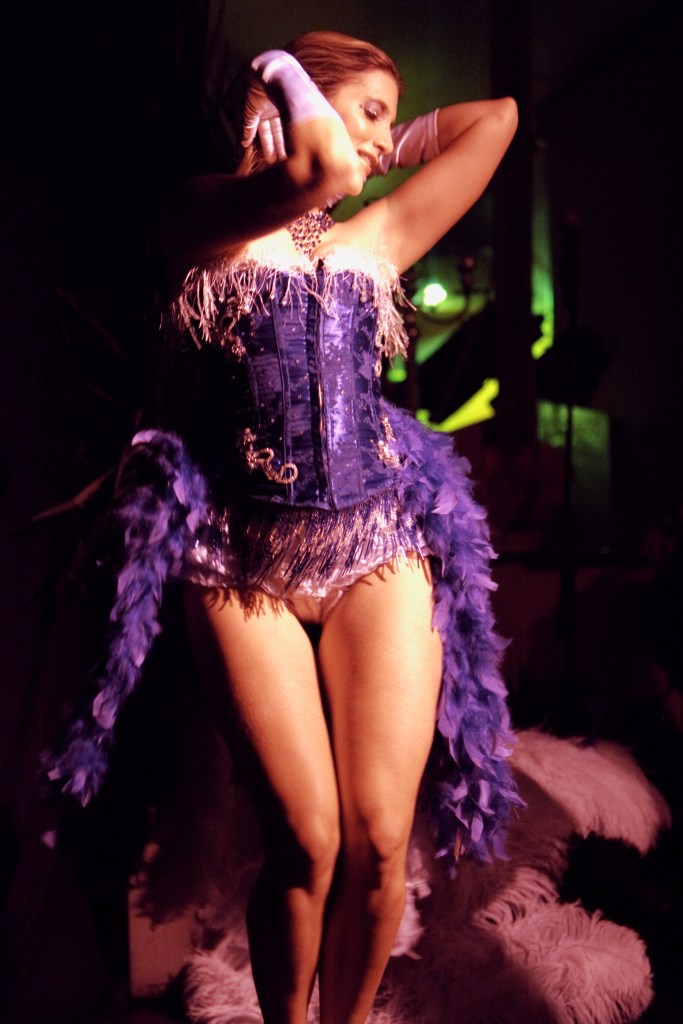 In Melbourne, I was born as Priscilla Tonkin.

But in London, I’ve been reborn as my burlesque alter ego, Sapphira – songwriter, author and proud bisexual. This transformation hasn’t been an easy or straightforward one though.

In the early stages of my life, I was raised part of a strict Christian Brethren sect linked to the Plymouth Brethren, which is a separatist version of Christianity. In the most exclusive versions of it, women have to cover their heads with scarves and the congregation must not associate with the outside world unless ‘witnessing’ (which means to convert people to the religion).

While our Brethren Church was more moderate, I went to school and associated with all other kids and families in our neighbourhood, I was aware we lived by very different rules.

TV was mostly banned, as was non-Christian music.

I felt very much at odds with the hyper-conservative methods at our church. Eventually, I was excommunicated by the church when I was 17 after they found out I had premarital sex. To this day, I am not sure how they found out.

Being fired from a church group cut me to the core and I began displaying signs of hyper-mania, which led to full blown psychosis a few years later. This was very distressing because I felt severe paranoia – like I was in a game and spies were trying to catch me, headlights on cars were following me, and lights on devices like microwaves were spies listening and watching me.

My paranoia got worse and so did my inability to decipher daily signs, like which bathroom to use. It all felt like a game trying to trick me. Sounds like a garage door slamming had me convinced my then boyfriend had shot himself.

Music and then eventually the art of burlesque has helped me to heal along with strong medication and psychiatric counselling.

At the age of 19, I was a burgeoning singer/songwriter desperate to find a way into the music industry. My skills in writing led me to be a journalist enabling me to interview music stars like Goldfrapp, Boney M and Paul Oakenfold.

Because my English father was born in Portsmouth, I was able to secure dual citizenship with the UK when I was 19. With my shiny new British passport, I came to London to visit for the first time in 1996 that same year.

Arriving in London was terrifying and exhilarating all at once. Everyone and everything moved so much faster.

I went straight to Plastic Fantastic to buy hot-off-the-press new dance music releases from Cafe Del Mar and Positiva – two record labels I loved – and I went to Ministry of Sound. I was only in London for two nights, but the trip (which included visiting family in Portsmouth and driving around Europe) was one month.

Over the ensuing years, I bounced between hemispheres from Melbourne to London working all the hours under the sun in two careers – one selling advertising and education resources as a territory manager and the other pursuing my dream as a singer/songwriter and artist. This meant attending open-mic nights, performing for free just to be on stage and investing in costumes, photographic shoots, graphic design and recording sessions.

I relocated to London permanently in 2003 at the age of 25 because I knew Melbourne did not have the opportunities I needed and I was committing 100% to back myself as a musician and performing artist. I also hoped to see the world and get a job that included travel, so I began working in international higher education and student recruitment for top UK universities.

In my early London days as a permanent resident, I began experimenting at open mic nights singing jazz standards.

That’s when I was introduced to the world of burlesque.

At a boat party in 2004, someone showed me a flyer for the Whoopee Club and I was hooked when I saw performer Immodesty Blaize, who was intoxicating on stage in a fetish-inspired pony act with a harness and horse’s tail.

At that moment, burlesque became my obsession and it has never left me alone since.

I was already attending belly dancing classes and was in need of a stage name – as I was offered the chance to perform – so I asked a photographer at my day job if she would do a photoshoot with me. Using the images we captured, I devised the stage name of Sapphira for myself.

The name Sapphira has a special meaning. She is not only my anti-hero from the Bible – a badass bad seed, who was far more thrilling than female archetypes enforced on us by the Brethren Church – but the word contains the reference to sapphic lesbianism.

As I began writing and performing, I realised Sapphira was a tool for me to express my bisexuality, which had been hard for me to acknowledge.

Using Sapphira, I came out as a bisexual in 2013 with my debut single, Tease. The song was about unrequited lust and it was written for a male producer I was enthralled with at the time. It become a declaration of the lesbian side of my art and had a clear, sultry vibe, which links to burlesque, too.

Reactions to the girl-on-girl kiss performed both in the music video and on stage caused a variety of reactions in my personal and professional life, but my friends and family all got over the shock. I have found myself more proudly able to tick the box ‘bisexual’ on forms since then.

Since then, I’ve performed all over the world – often in a self-funded capacity – from Italy to Ireland, across the UK and Australia. When I step out on stage and complete a performance to thunderous applause, the combination of adrenaline and dopamine is so intense that I wish I could bottle it. It keeps me coming back for more every time.

My burlesque career has been bittersweet – dealing with some in-fighting, trying to pay bills, trading my art and leaving the corporate world behind, but overall it’s been the most exciting world and I am so glad I followed my heart.

I transitioned from performing to teaching 14 years ago because I believe burlesque has truly a compelling power to change lives. Teaching burlesque and hosting interactive burlesque events so people can experience this magical art is the most rewarding thing I have ever done.

I always use the motif of the butterfly, as I feel I personally go from caterpillar to beautiful winged creature every time I perform. As a teacher, I also get to witness that transformation in my students.

I’ve been humbled to teach over 20,000 people in-person and then – when lockdown hit – online with my team of burlesque dance instructors and I would like to thank my colleagues Maryanne Taggart and Sugar Kane for being so supportive during the lockdown.

In 2020, I launched World Burlesque Day, which connects 57 countries via the power of the internet. We have an online programme and people participate in dance challenges and classes, as well as hear from keynote speakers via Instagram, TikTok and Facebook.

I started the annual day to demystify the artform – which I think is misunderstood – and to show the world we are united and organised, not just a fringe scene. I also hoped many outsiders would be tempted to give it a go too, especially as learning from the comfort of their homes online helps anyone trying it who is too shy to come to a class.

Man whose biceps ripped off while carrying hot tub into garden sues for £200,000

While we were not able to dance together during the pandemic, I launched TikTok challenges like the #GlovePeelChallenge which saw people ‘peel’ (strip off) gardening gloves and shower mitts. We danced in our homes, bedrooms and living rooms to boost morale.

Today, I have launched my own company World Burlesque Ltd – which is an entertainment and education company – and created the online learning platform, the World Burlesque Academy App, which means that people can learn burlesque online with me from anywhere in the world.

Burlesque changed my life for the better and I hope to help others do the same too.

Sapphira founded the Ibiza Burlesque Festival, which showcases burlesque artists and workshops on 2 – 4 September 2022. For more information, you can visit the website here.

Immigration Nation is a series that aims to destigmatise the word ‘immigrant’ and explore the powerful first-person stories of people who’ve arrived in the UK – and called it home. If you have a story you’d like to share, email james.besanvalle@metro.co.uk

MORE : It took me a long time to come out as bisexual – because I had a boyfriend

MORE : I was told dancing would put me in a wheelchair – I signed up for burlesque classes the next day

MORE : I worried becoming a dad would mean losing my bisexual identity 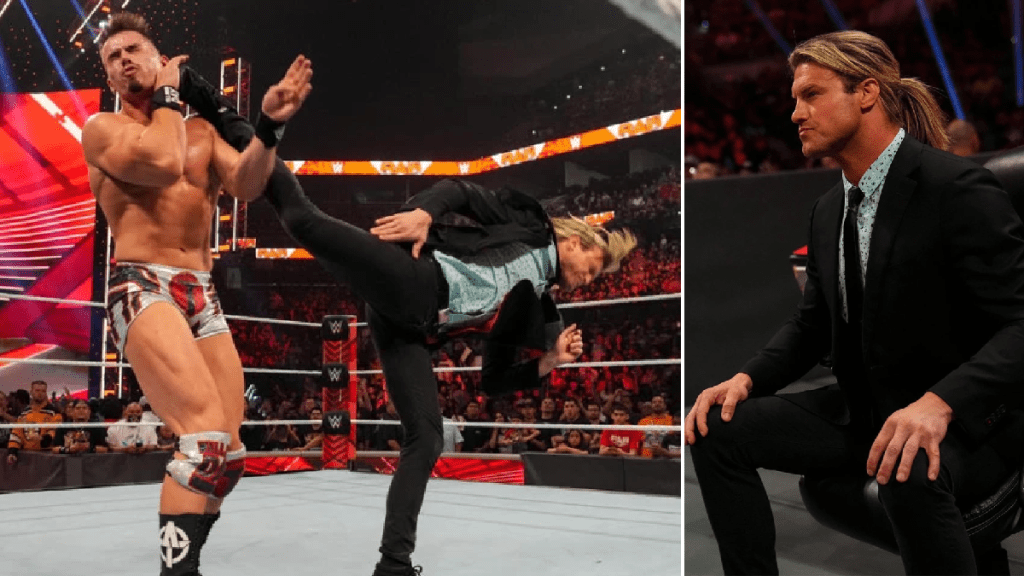 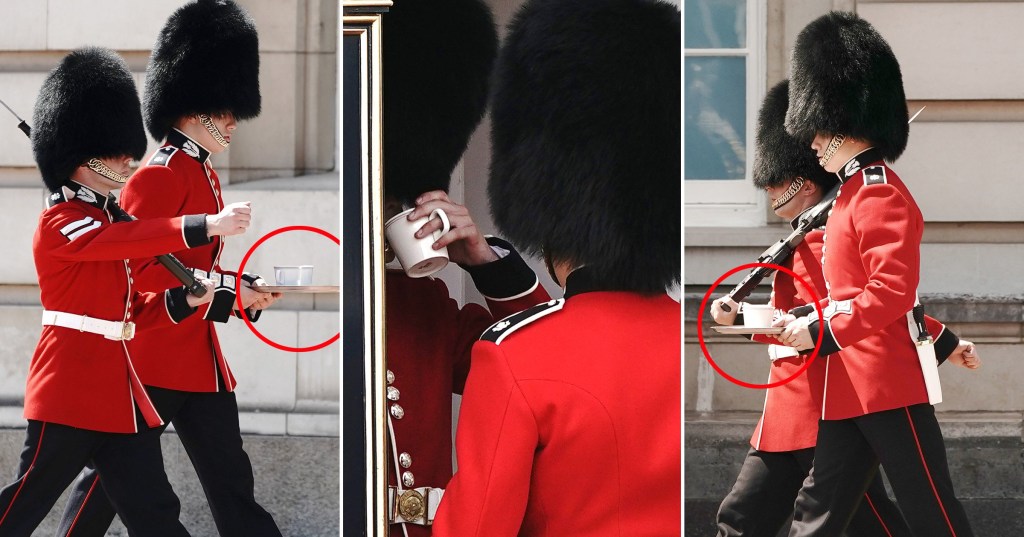 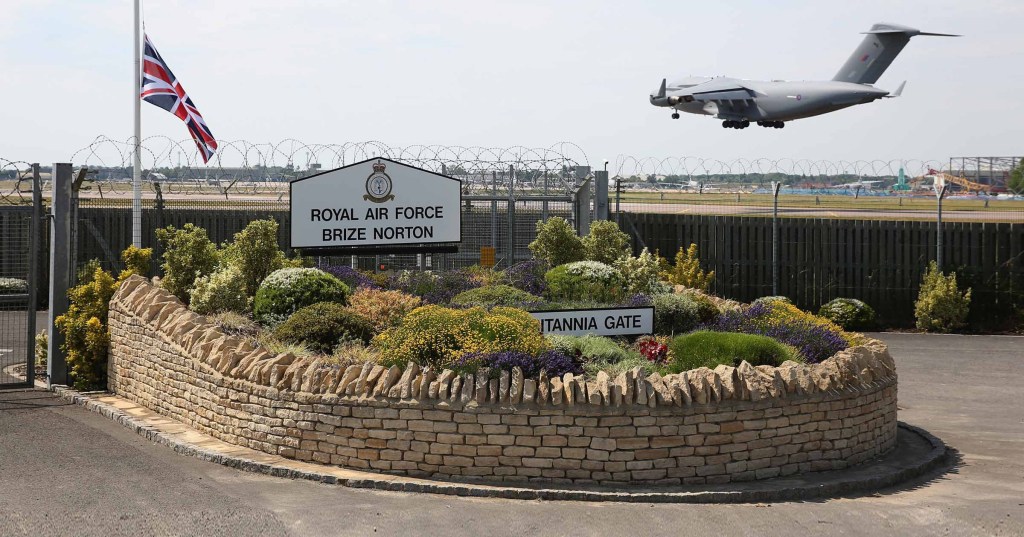 Planes unable to land because ‘runway has melted’