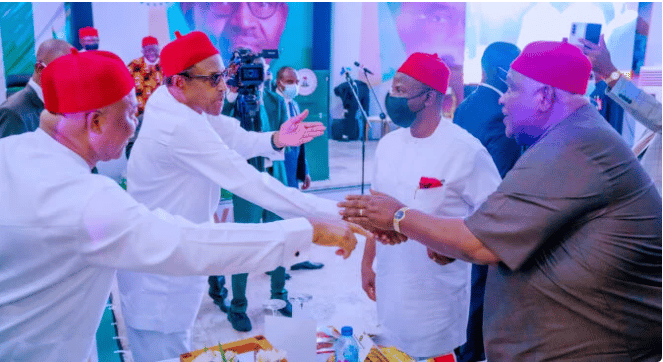 The details of the meeting between President Muhammadu Buhari and the Igbo socio-cultural organisation, Ohanaeze Ndigbo Worldwide, have emerged.

Naija News had reported that Buhari was on a one-day working visit to Imo State to commission some projects done by the Hope Uzodinma-led administration. Speaking during the meeting on Tuesday, Ohanaeze Ndigbo President-General, George Obiozor said the people of the South East are committed to Nigeria’s growth. Obiozor said the Igbo people also seek justice and fairness and a platform where they can contribute their best to the development of the country. He said: “I wish to reiterate and speak on behalf of Ohanaeze Ndigbo Worldwide, both at home and in the diaspora, that our people are committed to the Nigerian project, and that we desire a country that provides a platform, and an opportunity to contribute to our utmost best to the growth of our fatherland. “We seek justice, equity, fairness, and going by our antecedents, we are in every part of Nigeria and therefore claim to be the most federating of all Nigerians.”

The Labour Party has called for the immediate placement of the Minister of State for Labour, Festus Keyamo, on the security watch list. Naija News reports that the LP made this known in a statement issued on Tuesday by its spokesman, Abayomi Arabambi while reacting to allegations made by Keyamo against its presidential candidate, Peter Obi. Recall that Keyamo had accused the former Governor of Anambra State of planning to fake his assassination and hire some supporters dressed in the APC caps and T-shirts to attack his party offices. The Spokesperson for the All Progressives Congress (APC) Presidential Campaign Council had also accused Obi of circulating a hate-filled video online to disparage the presidential candidate of the APC, Bola Tinubu. Reacting to Kayemo’s allegations, Arabambi asked President Muhammadu Buhari to direct the service chiefs to place Keyamo and other members of the APC presidential campaign council on security because of their utterances.

He claimed that Keyamo and other members of the council are now a threat to democracy ahead of the 2023 general elections, describing the minister’s action as treasonable conduct. 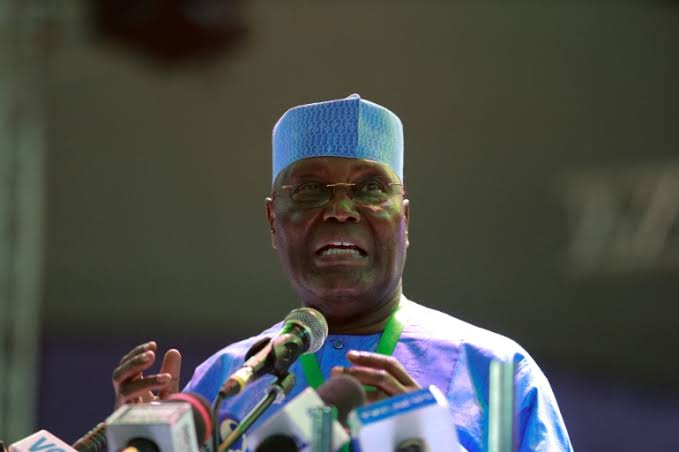