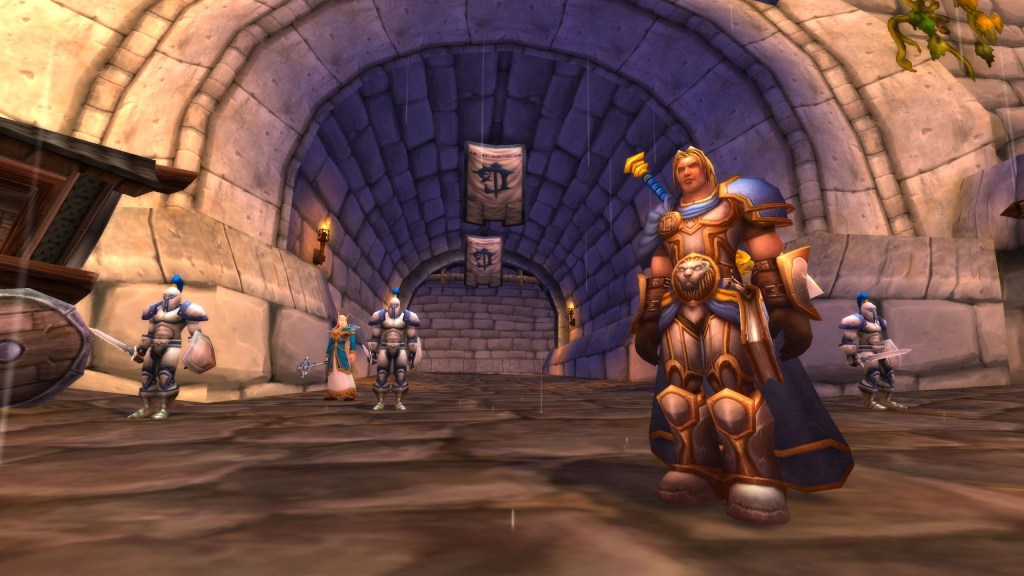 A player revisits Northrend for the first time in 14 years, as Blizzard recreates the magic of World Of Warcraft’s most popular expansion.

As a kid, I spent countless hours playing World Of Warcraft on my bulky, whirring desktop. I enjoyed uncovering the vast, mysterious continents of Azeroth with online friends, fighting opposing factions and battling through dungeons. And dying. Repeatedly. Either at the blade of a max level, undead rogue or because of my Leeroy Jenkins style escapades.

That was all part of the fun. The epic fantasy music and the pops of colour on my screen made my adventures all so captivating. World Of Warcraft holds precious memories, and a chunk of my childhood.

Over the years, the World Of Warcraft franchise has expanded greatly and the game has changed significantly in terms of how I remember it. After eight expansions, it’s now almost unrecognisable as the game it started off as in 2005.

Inevitably, many Warcraft players miss those early days, both for nostalgic reasons and because when it first launched it was a substantially different game. Blizzard heeded calls for an option to return to the older, simpler times and so created a Classic version of the game, with servers that allow you to experience World Of Warcraft as it was in only its first few years.

This proved so popular that last year Blizzard launched The Burning Crusade Classic server, a recreation of the first expansion of the franchise, so naturally Wrath Of The Lich King Classic is next.

The Classic servers are faithful recreations of the original releases, so that means no dungeon finders, no quest tracker, no transmogrifications to make your armour look fancy, and no mount speed boosts until level 30. My friends refer to the Classic version as ‘hardcore’ and I would be inclined to agree with them. Classic servers are unforgiving and often require serious teamwork to survive.

Despite the challenge though, the Classic version of the game has been a huge success and so the next logical step has been to add in content from 2008’s Wrath Of The Lich King, the second and most popular of the old school expansions.

Activision announced last week that players will be able to re-experience Wrath Of The Lich King Classic from September 26, 2022. You’ll once again be able to venture to the icy continent of Northrend and fight the sullied Lich King, lord of an undead scourge who will stop at nothing until all life in Azeroth has been eradicated. The epic continent of Northrend is the single largest land mass Blizzard ever added to the game, until the upcoming release of the Dragonflight expansion.

Northrend is filled with snowy tundra, icy peaks, and frosted forests. As seen in the film Warcraft: The Beginning, you can visit the floating city of Daralan, which has been magically transported to Northrend and acts as a sanctuary on this unforgiving continent.

To confront the Lich King, players will embark on a treacherous journey. One that I remember fondly. With corpse-eating creatures at every turn, Wrath Of The Lich King quickly became my favourite expansion. It fed my morose, 14-year-old emo soul.

These days, I have left the black hair dye and thick eyeliner behind, but I was still curious to see if the Wrath Of The Lich King Classic beta lives up to how I remembered the original.

I started my adventure in Stormwind harbour, the human capital city, and set sail to Northrend. Jumping onto the boat that would take me to the Borean Tundra brought back so many memories. Home to the tuskkar – human walrus-like creatures – and blue dragons, Borean Tundra is one of the starting zones that Alliance or Horde players can choose to begin their adventure in.

Back in 2008, the sheer quantity of players starting in the Borean Tundra would cause huge lag spikes and my game would often crash, something that I certainly do not miss. Thankfully, this time around, my game ran smoothly as I played through the beta, and I was able to enjoy my questing uninterrupted. The other starting zone is Howling Fjord, a jagged coastline where the forces of Arthas – the prince who eventually became the Lich King – originally landed.

Venturing across Northrend reminded me just how impressive this classic expansion is. Despite the amount of time that has passed, the visual details are still very impressive and there is so much to explore. One of my favourite places to quest is Crystalsong Forest, a bright purple, landmarked zone. The gentle, ambient music and the glowing arcane magic that flows through it makes the questing experience truly magical. And who can forget Grizzly Hills? A zone based on redwood forests, with trees that stretch higher than the eye can see (until you unlock your flying mount, of course).

In terms of gameplay, the beta was an enjoyable but also lonely experience. None of the online friends that I used to experience World Of Warcraft with play anymore. What made World Of Warcraft special for me was the sense of community and sharing the adventures with others. Questing solo was still enjoyable, but not quite the same. But who knows? Maybe the revival of this expansion will bring vanilla players back. For those who are tempted, there is an ample amount of content to keep you busy.

Players will be able to put their skills and new abilities to the test in the 13 memorable dungeons, such as Ahn’Kahet: The Old Kingdom, where they’ll face the minions of the Old God Yogg-Saron, and the plague-infested Culling of Stratholme, which recreates the tragic event from Warcraft history that led to the downfall of Prince Arthas.

Those seeking the ultimate challenge can take on the nine raids introduced in the expansion, such as the updated versions of Naxxramas and Onyxia’s Lair from pre-expansion World Of Warcraft, and of course Icecrown Citadel, where the story of the Lich King reaches its cinematic conclusion.

One pre-patch feature that I hope will make an appearance in the lead up to the release of Wrath Of The Lich King Classic is the Scourge Invasion event. I was not able to experience the Scourge Invasion while playing the beta but, originally, this invasion plundered zones across Azeroth and caused absolute chaos. Were you unfortunate enough to open an infected crate, you would become infected with a debuff that would eventually turn you into a zombie. You could then spread the plague to other players.

Eventually, the plague completely took over and players had to complete a series of quests in order to find a cure and fight back. This was an epic introduction to Wrath Of The Lich King, that I hope will make a reappearance.

For the most part, the Wrath Of The Lich King beta server felt like returning to a past life, one rooted in the early 2000s. It is an authentic recreation of what I remember and having early access to Wrath Of The Lich King Classic made me appreciate core aspects of the game that I grew up with. I felt a great sense of nostalgia, which, in some way, connected me with the person that I used to be.

Wrath Of The Lich King Classic now, as always, contains all the qualities that you are looking for in a fantasy game: an epic storyline, great gameplay, and a gripping game world filled with secrets.

Prior to launch, all World Of Warcraft subscribers will be granted the ability to create one Death Knight per Classic realm, which they can bring to level 70 through Burning Crusade Classic content until September 26. In addition, players will also be able to purchase optional upgrades, including new cosmetic items and a level 70 character boost for those who might not yet have a fully levelled character.

Click here for more information on Wrath Of The Lich King Classic.

MORE : Warcraft for mobile teased for early May reveal

MORE : World Of Warcraft: Dragonflight interview – ‘Cross-faction is not something that we would do lightly’ 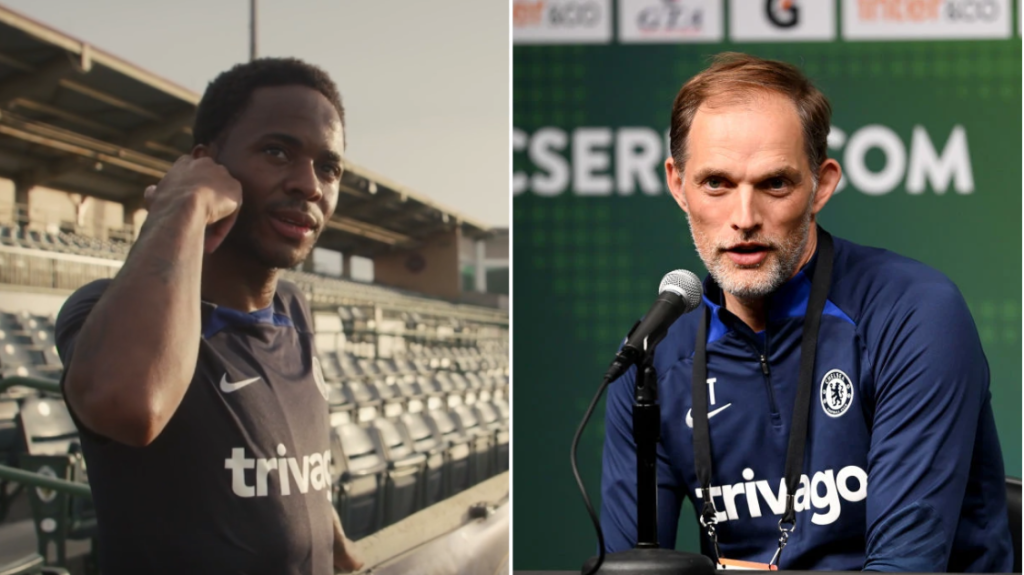 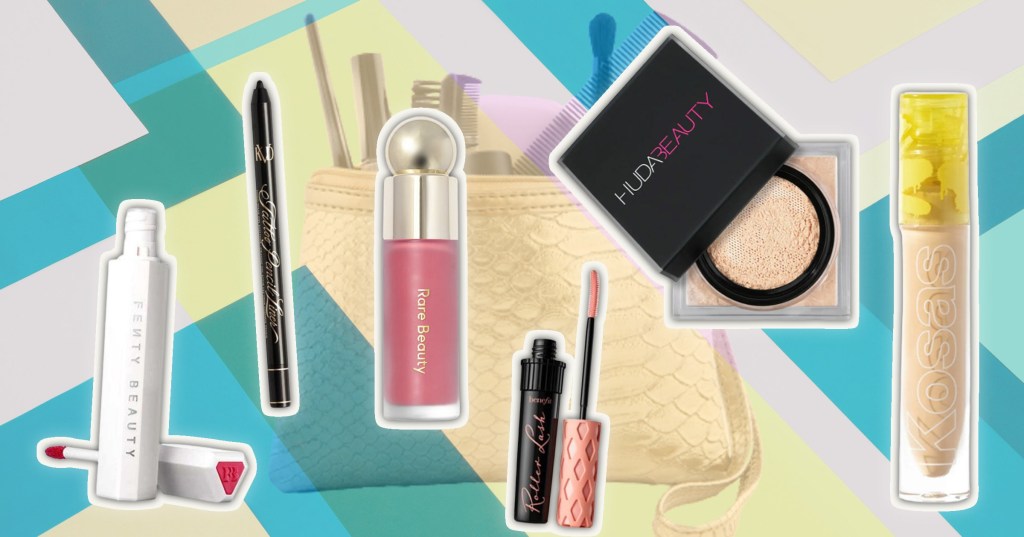