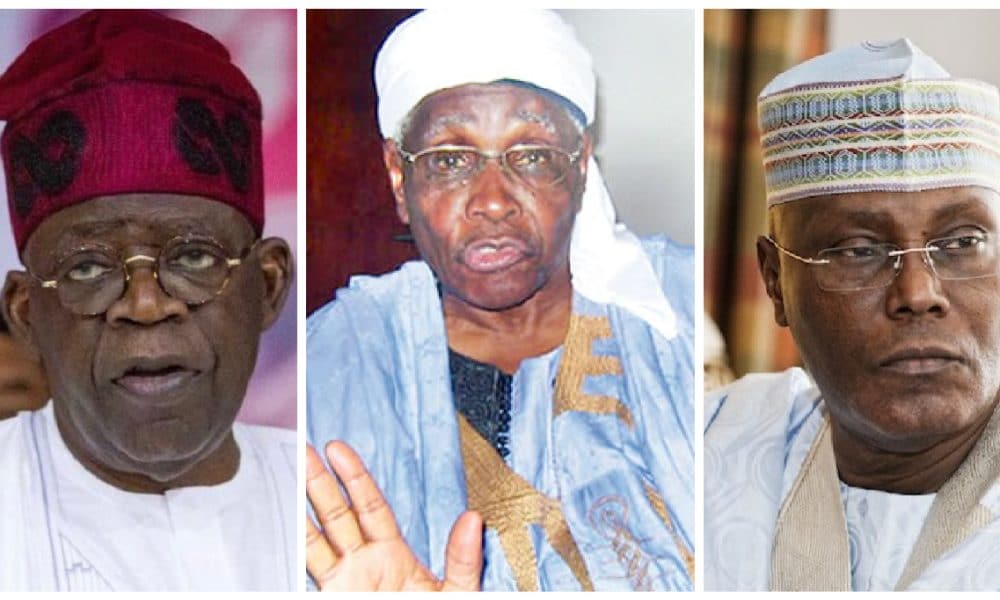 Welcome to the round-up of the latest political news in Nigeria, political gist, highlights of political events, and happenings in Nigeria for today Monday, 27th June 2022.

Read all the major political news, political event highlights, and happenings in Nigeria for today on a single page right here.

The All Progressives Congress has denied the report claiming that it has raised ₦6.5tn to bribe electorates, security operatives and officials of the Independent National Electoral Commission (INEC) during the 2023 general elections. The ruling party on Monday accused the Peoples Democratic Party (PDP) of being behind the report that APC has agenda to rig in 2023. The claim that APC has plans to rig the 2023 general election was disclosed in a document tagged, “leaked APC 2023 Election Document.” The APC National Publicity Secretary, Felix Morka, while reacting to the report said its an attempt of the PDP to destroy the ruling party ahead of the 2023 race. Read more.

The lawmaker representing Delta North Senatorial District, Peter Nwaoboshi, has described the Vice Presidential candidate of the Peoples Democratic Party, Ifeanyi Okowa, as a power-drunk. The All Progressives Congress member, while reacting to the emergence of Okowa as the running mate of Atiku Abubakar, tagged him as a betrayal. Nwaoboshi stated this during an interview with Vanguard, where he noted why he dumped PDP for APC ahead of the 2023 election. He wondered why Okowa held a meeting with the South-South forum where he called for power to move to the South, only for him to campaign for the vice-presidential slot 48 hours after. Read more.

Controversial media scholar, Farouq Kperogi has mocked supporters of the All Progressives Congress (APC) presidential candidate, Bola Tinubu, over his academic qualifications saga. Naija News earlier reported that the former Governor of Lagos State had claimed that unknown persons stole his school certificates during the military rule in 1990. Tinubu stated this in an affidavit submitted to the Independent National Electoral Commission (INEC) as part of his eligibility filings for the 2023 presidential elections. It was gathered that documents released last Friday by the electoral umpire showed that Tinubu left the columns for his primary and secondary education unmarked. Tinubu, however, noted that he obtained a degree in business and administration in 1979 at the Chicago State University. Reacting to the development, Kperogi mocked Tinubu’s supporters for their unusual silence over the controversy surrounding the APC Presidential candidate’s certificates. The media scholar wondered if the social media buzz surrounding the Labour Party’s presidential candidate, Peter Obi, made Tinubu’s supporters silent over the matter. Read more.

The Rivers State Governor, Nyesom Wike, has been named among a 128-member campaign council by the Peoples Democratic Party, PDP, for the Osun State Governorship Election on July 16. The National Working Committee, NWC, on Monday, announced that the party approved the Bayelsa State Governor, Duoye Diri, as the Chairman. According to PDP’s National Organizing Secretary, Umar Bature, the council will be inaugurated on Wednesday at the party’s headquarters in Abuja. Recall that Wike lost the chance to be Atiku Abubakar’s running mate to the Governor of Delta State, Ifeanyi Okowa, and has not visited the party’s headquarters. Over the past few days since Atiku decided to pick Okowa as his running mate, there have been speculations that the Rivers governor is plotting an exit from the PDP. It is yet to be unknown if the governor will attend the inauguration of the campaign council on Wednesday, 28, in Abuja. Read more.

The leader of the Yoruba self-determination group, Ilana Omo Oodua, Prof Banji Akintoye, has revealed that the emergence of Bola Tinubu as the next President cannot stop the agitation for the Yoruba Nation. In an interview with Vanguard over the weekend, Akintoye stated that Tinubu’s presidency cannot stop the agitation because the Nigerian system has been rigged and entrenched in corruption. The 87-year-old Professor asserted that the Ilana Omo Odua group will not abandon the agitation because a Yoruba man emerged as the next Nigerian leader in 2023. He said that Ilana Omo Odua is an intellectually well-informed group, adding that the emergence of Tinubu as the President will add nothing to the South West. Read more.

The All Progressives Congress (APC) has lost four of its chieftains to the opposition Peoples Democratic Party (PDP) in Sokoto State. The defectors include the speaker of the Sokoto State House of Assembly, Aminu Achidu, and three governorship aspirants of the APC. The gubernatorial aspirants, who defected to PDP, were identified as former Minister of Sports Yusuf Suleiman, Alhaji Abubakar Gumbi, and serving Rep. Balarabe Salame. Others who joined the defectors include Yusuf Kurdula, Senator Bello Gada, State lawmaker Murtala Maigona, serving National Commissioner in the Public Complaints Commission, and Senator Jibril Gada. Read more.

A chieftain of the All Progressives Congress (APC), Farouq Aliyu, has disclosed that competence will determine who emerges as the substantive running mate to the party’s Presidential candidate, Bola Tinubu. The former Minority Leader of the House of Representatives stated this on Sunday during an appearance on Channels Television’s Politics Today. Naija News recalls that Tinubu had emerged as the APC flagbearer for the 2023 presidential election, defeating the likes of Vice President Yemi Osinbajo and the immediate past Minister of Transportation, Rotimi Amaechi, amongst others. Following the emergence, the APC candidate named Kabiru Masari as the “placeholder” for the position of the vice-presidential candidate until a substantive name is submitted to the Independent National Electoral Commission (INEC). However, religious groups like the Christian Association of Nigeria (CAN) and some notable Nigerians have vowed to oppose any political party that fields a Muslim-Muslim ticket. Speaking on the controversial issue, Aliyu stated that the significant attribute that would determine the APC’s vice presidential candidate is competence and not religion. Read more.

Oyetola vs Adeleke: Over 10,000 PDP Members Defect To APC Ahead Of Osun Governorship Election

The Osun State Governor, Gboyega Oyetola is set to officially welcome over ten thousand members of the Peoples Democratic Party (PDP) who are defecting to the All Progressives Congress (APC). Naija News understands the defectors said to be 10,423 will be formally received into the APC at a rally scheduled to hold tomorrow at the Freedom Park, Osogbo, the state capital. The defectors are from various wards, local government areas and federal constituencies in Osun State. Speaking on the development which is coming a few days before the July 16 governorship election in the state, Governor Oyetola said it is a sign that the people of the state, trust the ruling party and the current administration and want it to continue in power. Read more.

The New Nigeria Peoples Party (NNPP) has reacted to the controversy surrounding the academic qualifications of the All Progressives Congress (APC) Presidential candidate, Bola Tinubu. Naija News earlier reported that Tinubu had claimed that unknown persons who raided his house while he was in exile might have taken away his school certificates during the military rule in 1990. The former Governor of Lagos State stated this in an affidavit submitted to the Independent National Electoral Commission (INEC) as part of his eligibility filings for the 2023 presidential elections. It was gathered that documents released last Friday by INEC show that Tinubu left the columns for his primary and secondary education unmarked. Tinubu, however, noted that he obtained a degree in business and administration in 1979 at the Chicago State University. In a chat with The PUNCH on Monday, NNPP National Publicity Secretary Agbo Major stated that the allegation that Tinubu submitted false academic qualifications to INEC is still speculation. Major, however, stated that declaring documents whose physical copies are not accompanying them is perjury, adding that the crime is a punishable offence under the law. The NNPP spokesman, therefore, asked the electoral umpire to clear the air on the certificate controversy. Read more.

The All Progressive Congress Stakeholders Forum has submitted that Bola Tinubu of the All Progressives Congress (APC) needs a strong running mate of northern extraction to be able to defeat Atiku Abubakar of the Peoples Democratic Party (PDP) in the 2023 presidential election. The group pointed out that Atiku may be banking on his northern roots to get block votes from the region but the move can be neutralized if Tinubu picks a strong northerner as his running mate. The National Chairman of the group, Abdullahi Katsina who spoke on behalf of the members during a press conference in Minna, Niger State, therefore, recommended Borno State Governor, Babagana Zulum as the only candidate with the capability and credentials to neutralize Atiku’s threats in the north. He added that the group is very much aware that Zulum would want to continue the laudable works he has started in Borno State but urged him to see the position of the APC vice presidential candidate as a call to national service which he should respond to. Read more. That will be all for today. You can read more political and other Nigerian news on Naija News 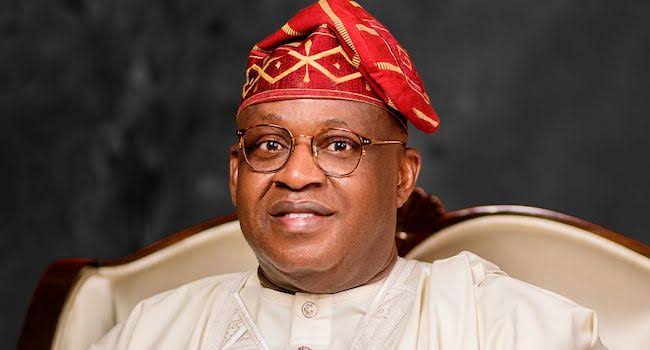 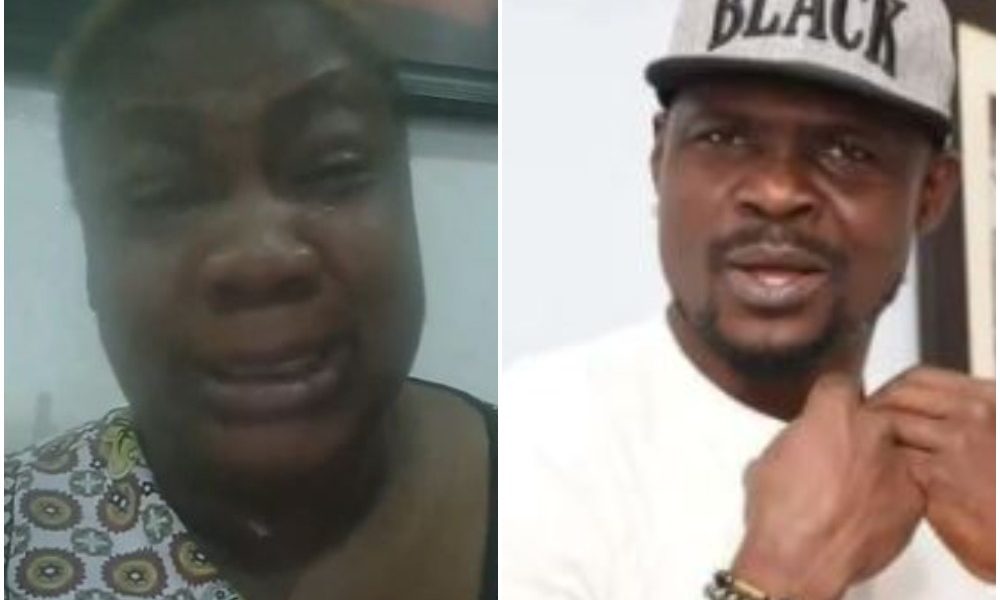