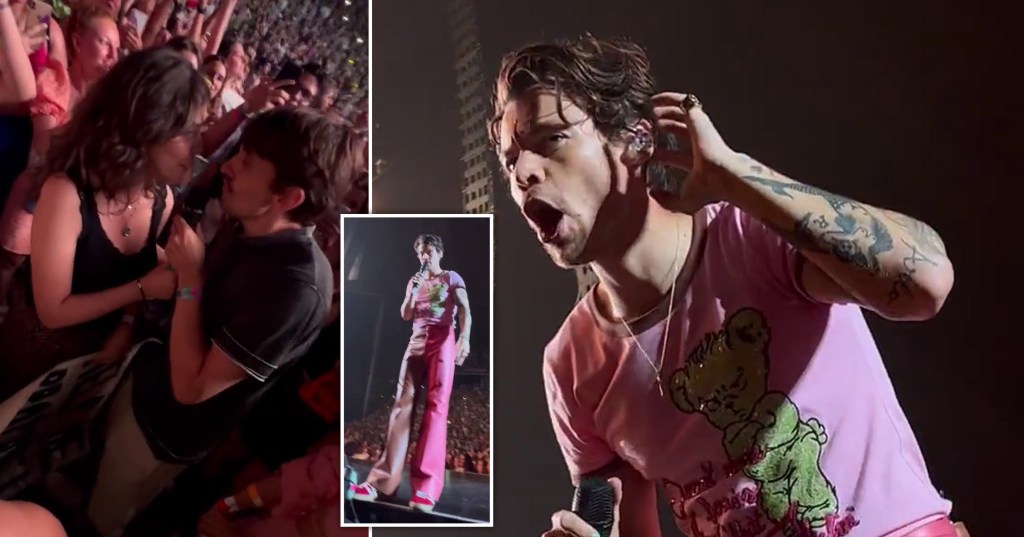 There was a very special moment at a recent Harry Styles show in Lisbon as the former One Direction star helped a couple get engaged.

The As It Was chart-topper has just finished up a massive sold-out European tour, having recently made waves at Wembley Stadium and the UK festival circuit.

As any fan of the 28-year-old musician and actor will know, any Harry Styles show is a special one – but one couple in particular had a night to remember this week.

On Sunday, Harry brought his Love On Tour to Lisbon, when he suddenly stopped in the middle of the concert, pointed at a couple, and invited them to the front of the crowd.

One member of the thousands-strong crowd had held up a sign asking: ‘Help me propose’ – and Harry dutifully handed him the microphone.

(After first jokingly enquiring if they had been together longer for ‘like, two weeks’.)

The head-over-heels man then sang gorgeous Elvis track Can’t Help Falling In Love – helped by thousands of voices in the audience – before getting down on one knee and asking his girlfriend to become his wife.

And, spoiler alert – she said yes!

The absolutely magical moment was uploaded to Twitter by Harry fan @Tdaydreaming.

They excitedly wrote alongside the clip: ‘The couple right next to me got engaged!!’

They later uploaded a short clip showing the rest of the proposal, including Harry returning to the catwalk to take back the microphone from the newly-engaged couple, who joyously told him: ‘Thank you so much.’

Harry has come a long, long way since his days on the X Factor which gave him his big break – his fourth studio album, Harry’s House, has performed extraordinarily well, with lead single As It Was sitting pretty at number one for weeks on end.

As well as his incredible music career, the star has reportedly just signed off on a contract which could see him appear in no less than five Marvel movies.

He made his first Marvel appearance in 2021’s Eternals, popping up in the end credits as Eros, and could now appear in several more after allegedly signing a deal worth more than $100million (£82m).

The award-winning musician has also been tipped to be nominated for an Oscar for new drama My Policeman, which stars Harry as a married, gay PC in the 1950’s, forced to hide his sexuality as he struggles with his feelings for another man.

There’s also the upcoming Don’t You Worry Darling, which stars Harry alongside Midsommar star Florence Pugh, which promises to be disturbing – if not thrilling – watch.

MORE : Harry Styles duets with Wolf Alice’s Ellie Rowsell in Lisbon as he wraps European leg of Love On Tour 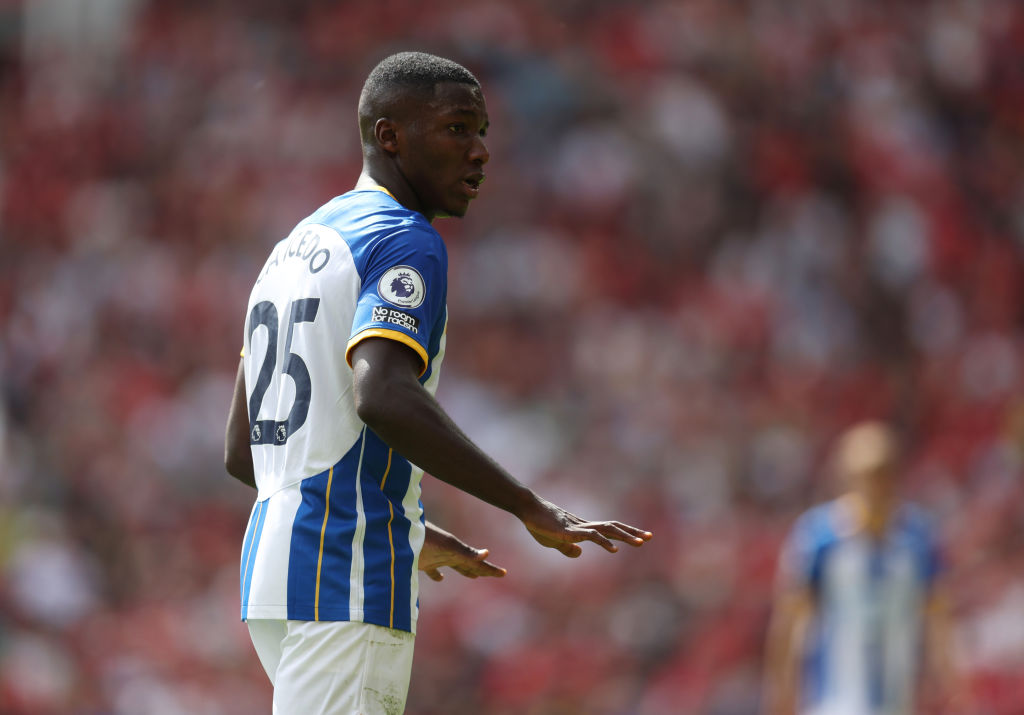 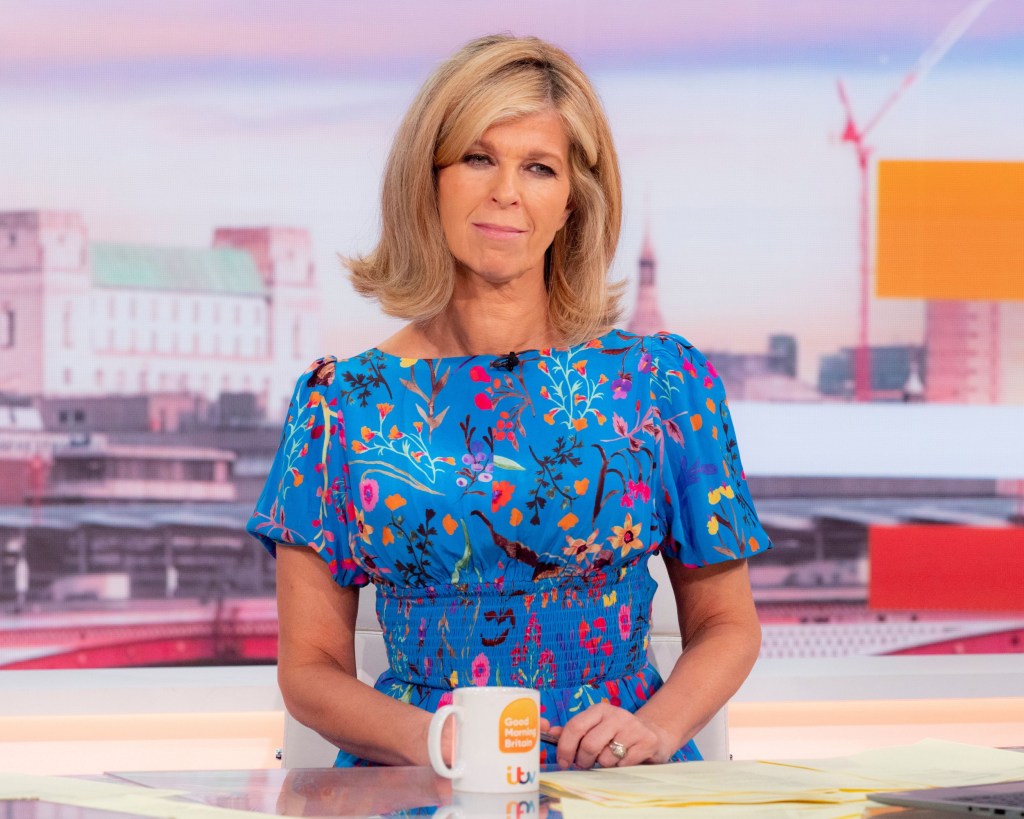 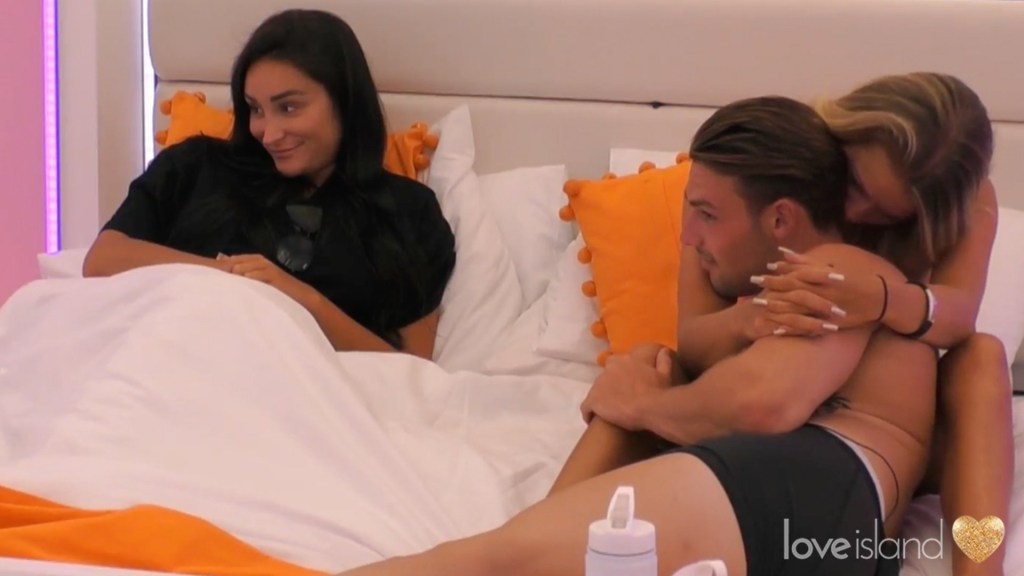