The PUNCH: The crisis rocking the Peoples Democratic Party ahead of the 2023 general election has worsened with the loyalists of the Rivers State Governor Nyesom Wike threatening to leave the party if their principal (Wike) defects. 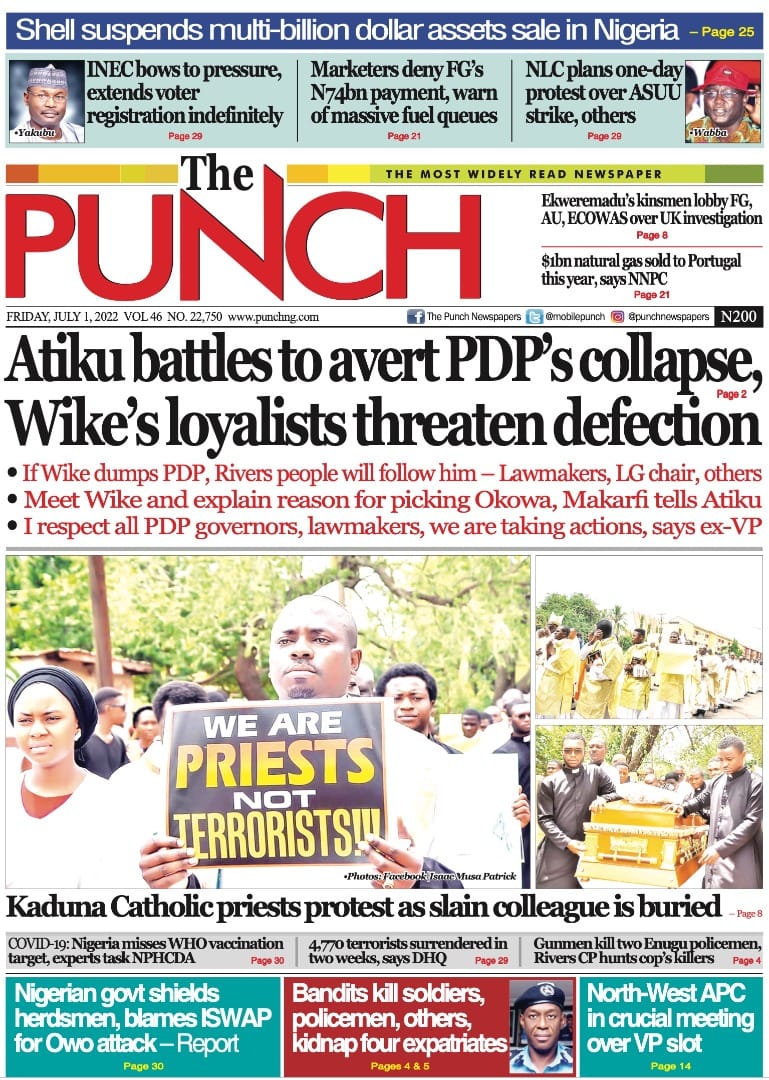 The Guardian: Medical doctors have given reasons black market or underground/illegal dealings in organ donation, harvesting and transplantation thrive in Nigeria. They identified lack of regulation and enforcement of medical ethics, poverty, inequality and unconscionable medical practitioners as facilitators. 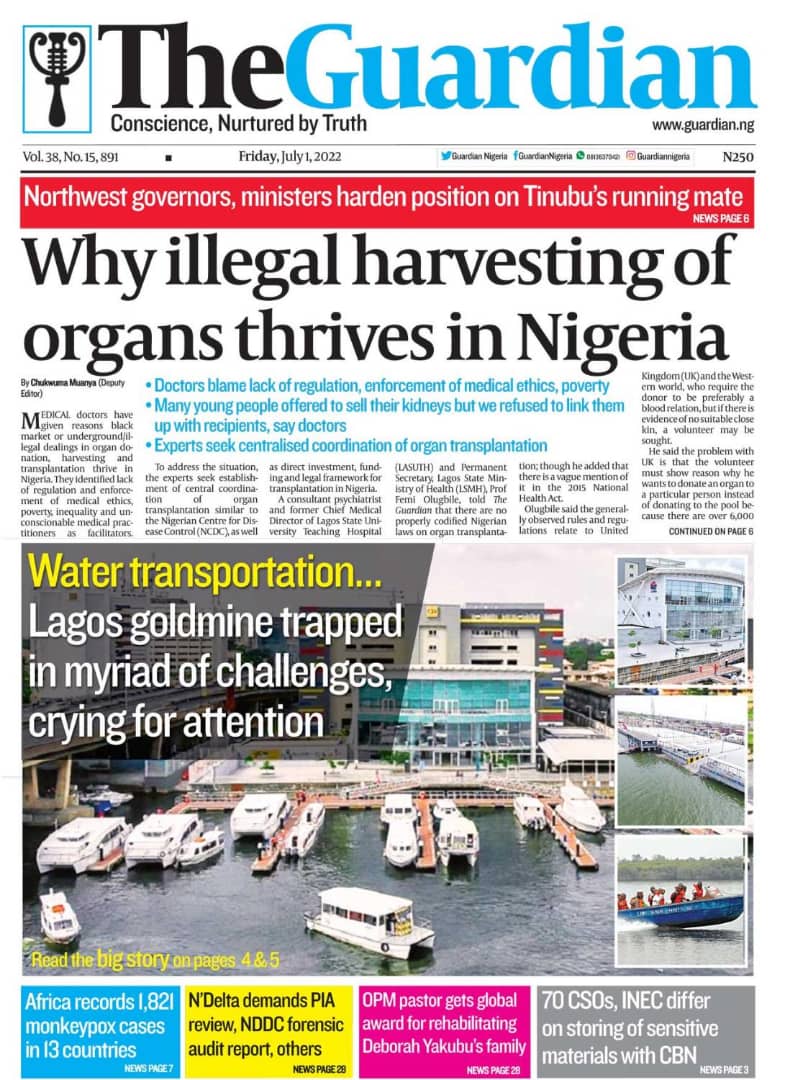 This Day: Presidential candidate of the All Progressives Congress (APC), Asiwaju Bola Tinubu, and Rivers State Governor Nyesom Wike were yesterday scheduled to meet any moment in France, where the APC candidate was holding strategic meetings in furtherance of his presidential aspiration.  Although the duo were initially slated to meet in Spain, according to THISDAY sources, current realities with respect to Tinubu’s itinerary could not make that possible, hence, the resort to France. 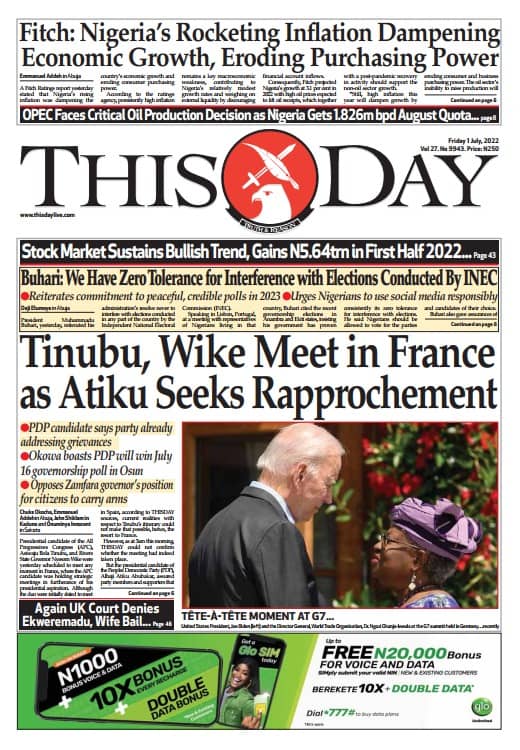 The Nation: The bodies of 30 soldiers were allegedly evacuated following a terrorist attack on Ajata-Aboki Mining Site in Shiroro Local Government Area of Niger State. The military confirmed the killing of a number of its personnel, but did not give  the figure. 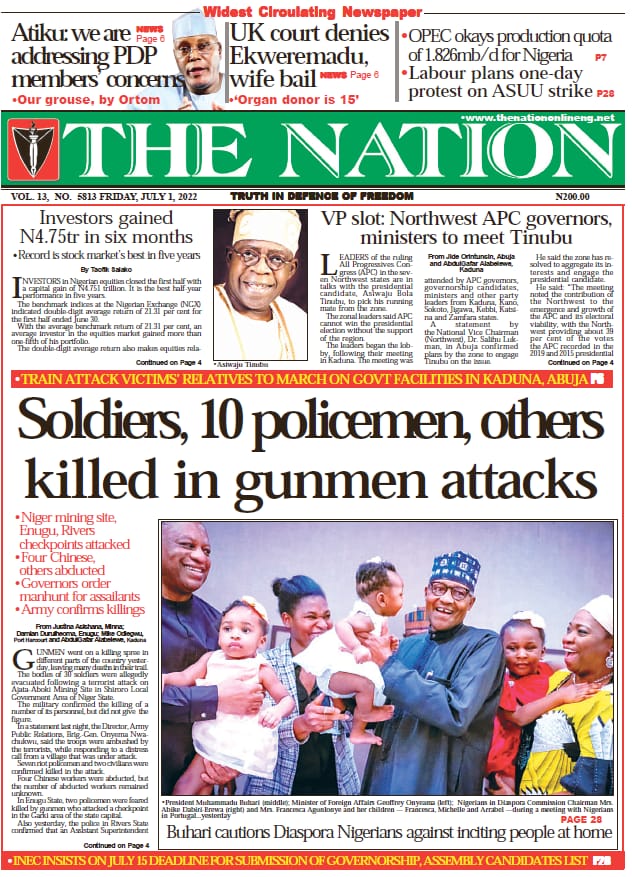 Daily Trust: At least 22 soldiers and seven police operatives were among the many people reportedly killed Wednesday during attacks by terrorists in Niger and Taraba States. 15 soldiers were killed in Niger and seven in Taraba in an ambush while properties were also destroyed. 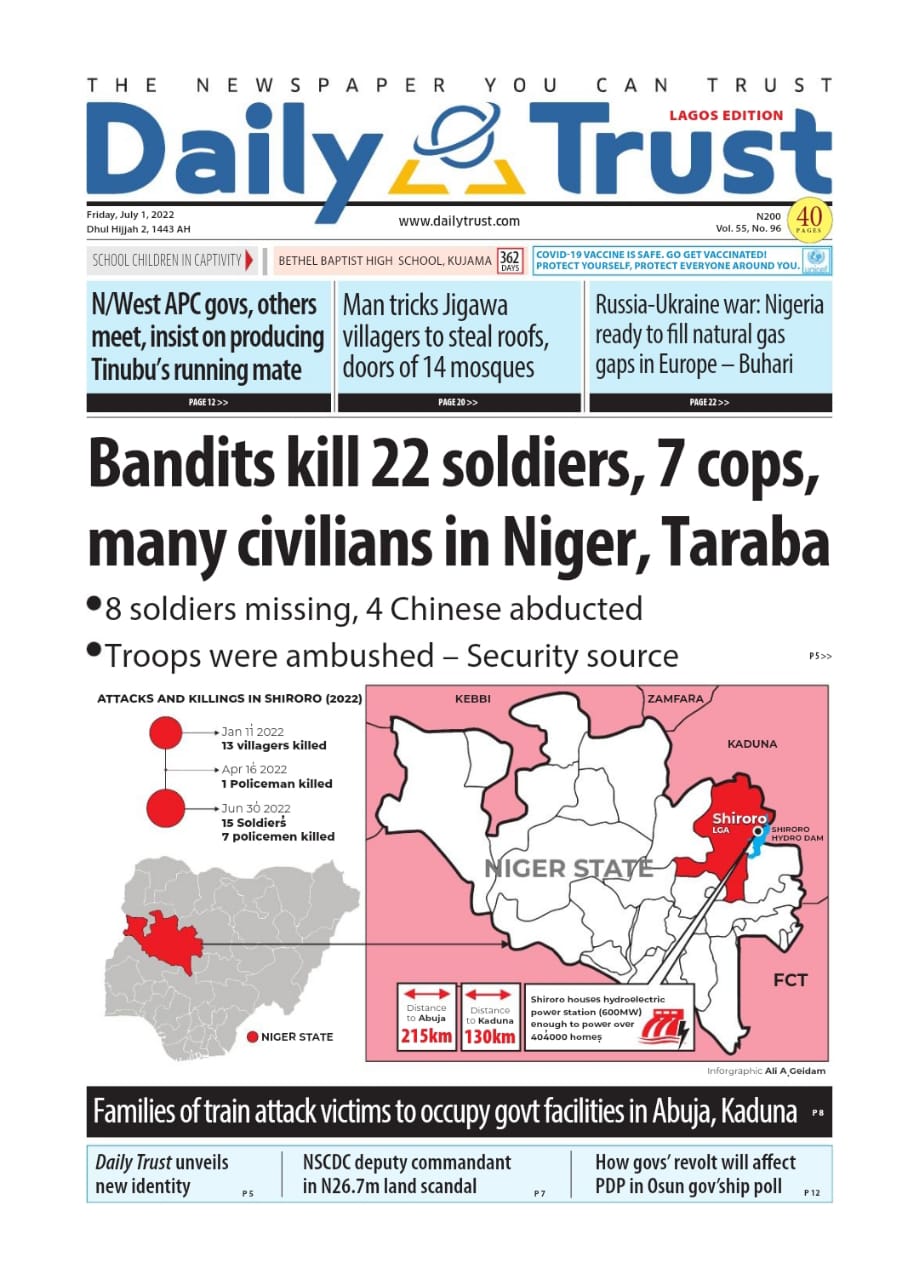 Over 2,000 PDP Members Decamp To APC In Kebbi