The PUNCH: No fewer than 676 persons have been killed in various communal and boundary disputes in Nigeria between January 2018 and August 2022, according to findings by The PUNCH. Also, no fewer than 444 houses were destroyed during the crises in the period under review 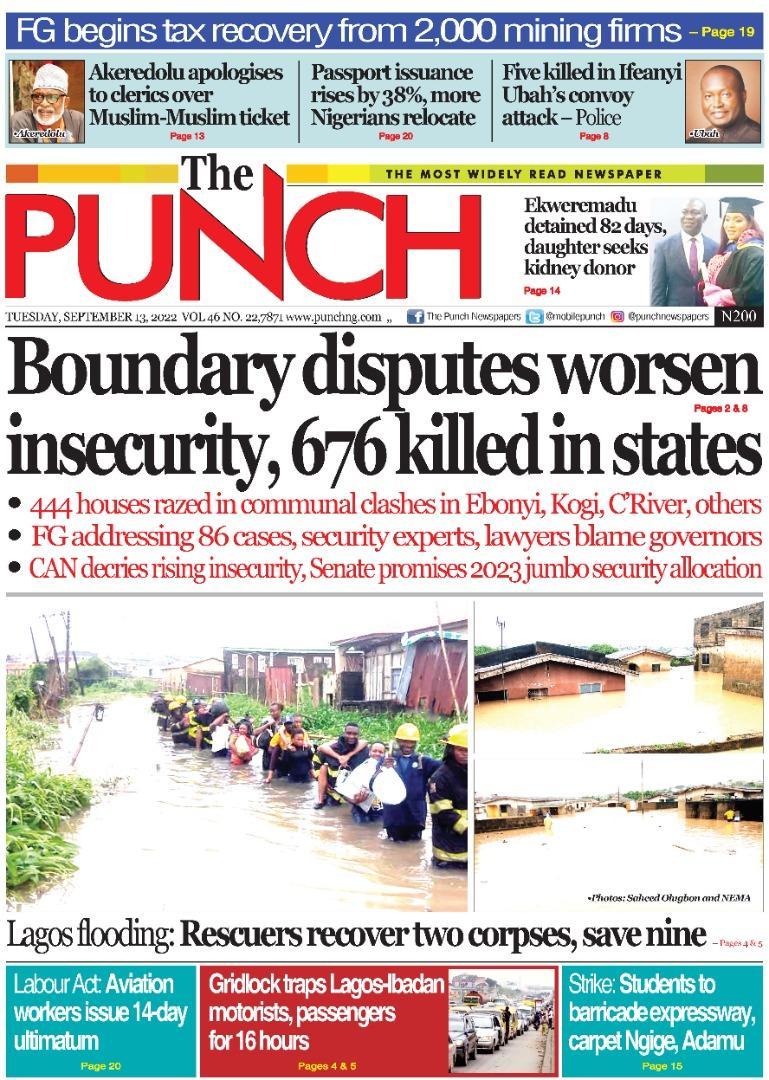 The Guardian: The dust is yet to settle over controversies trailing the same faith ticket of the ruling All Progressives Congress (APC) ahead of the 2023 general elections, as Ondo State governor, Oluwarotimi Akeredolu (SAN), has begged Christians to look beyond religion and focus on the competence of the presidential candidate. 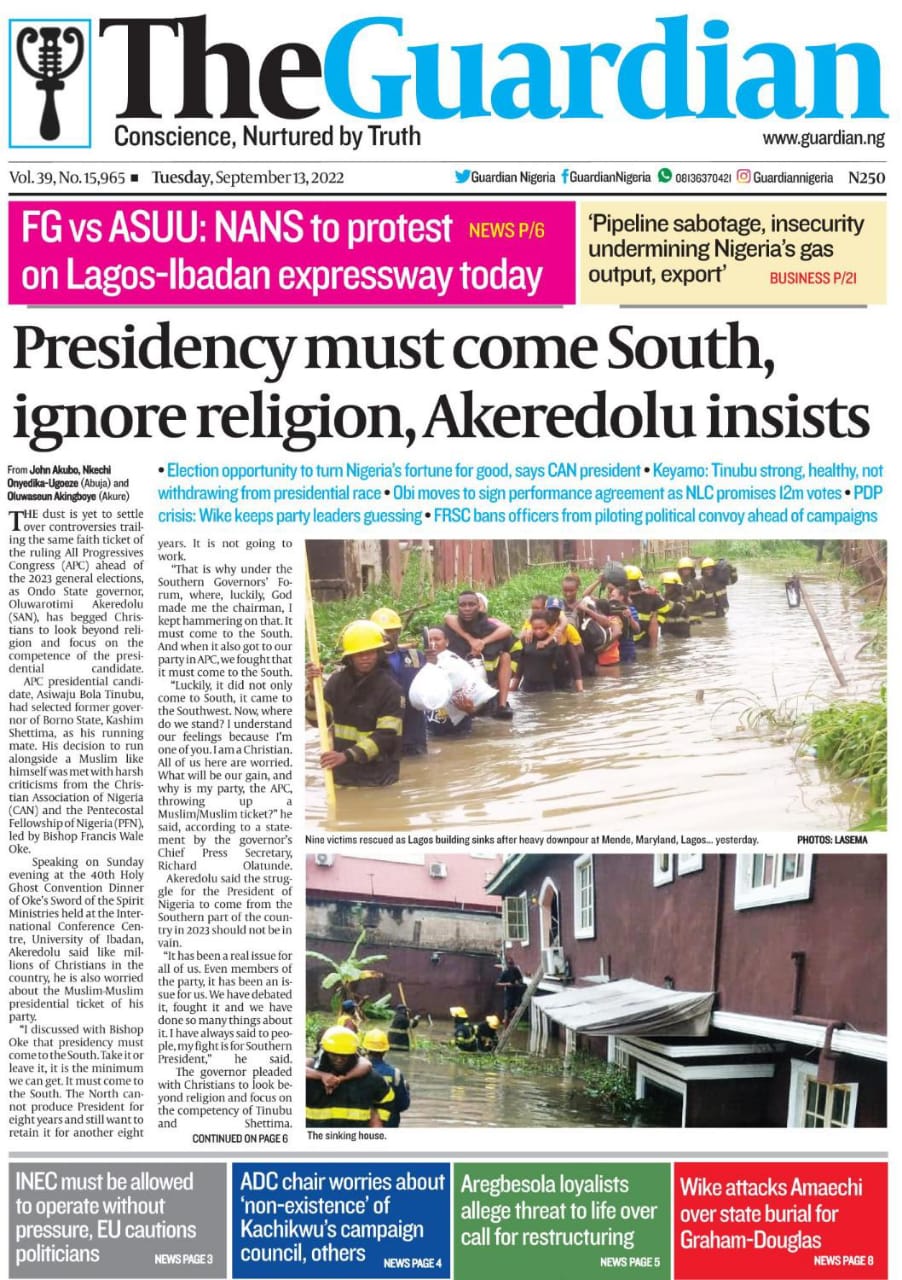 This Day: While a surge in oil prices could do astonishing things, like in Saudi Arabia where a futuristic city was planned to rise from the desert or Angola where its currency has suddenly become one of the strongest performers against the dollar, it noted that in Nigeria, the reverse was the case. The report came just as the leadership of the Senate yesterday asked heads of military and security agencies in the country to start prosecuting suspected members of the public who are involved in oil theft. 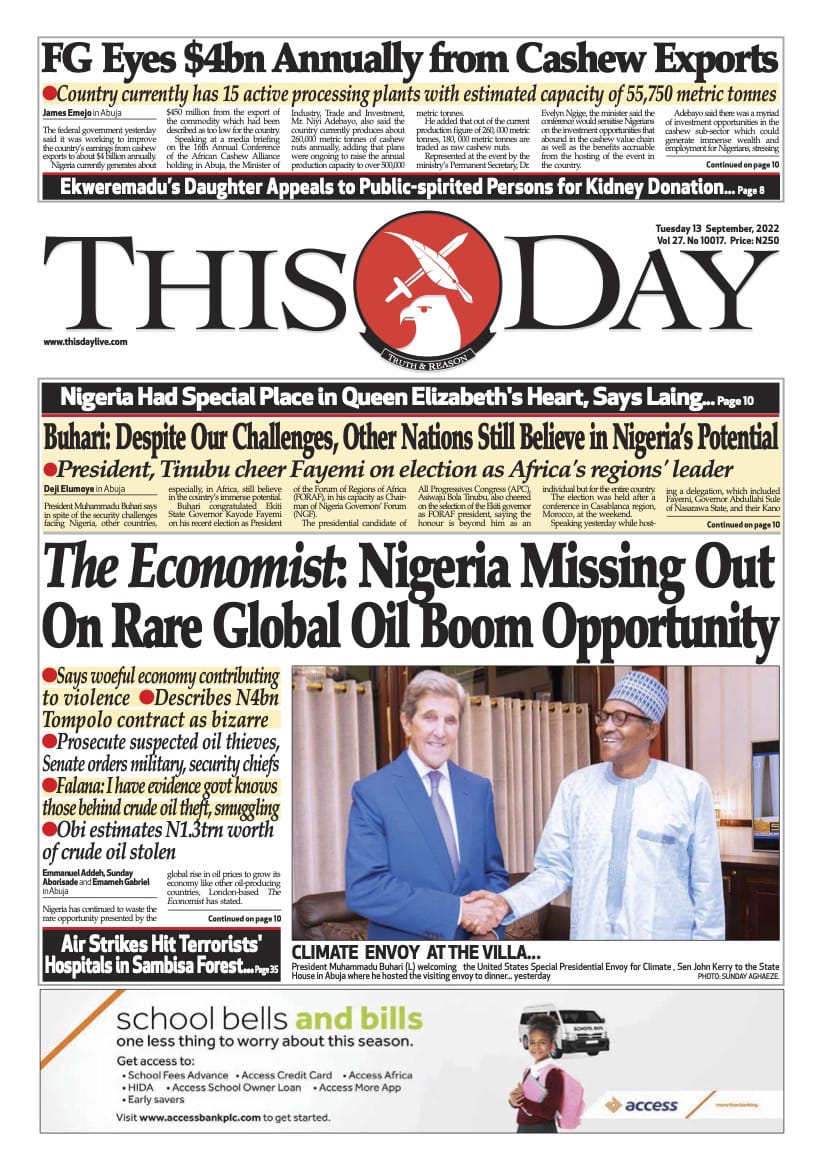 The Nation: This is not the best of times for the opposition Peoples Democratic Party (PDP), Benue State Governor Samuel Ortom admitted yesterday. Ortom took a swipe at the PDP leadership for acting rather too late to resolve the rift between presidential candidate Atiku Abubakar and Rivers State Governor Nyesom Wike. 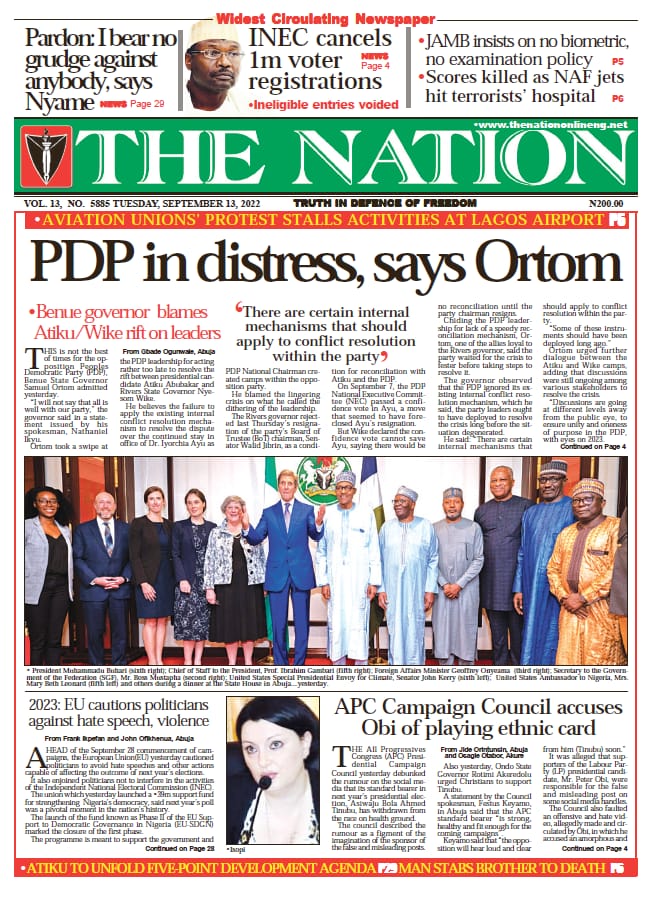 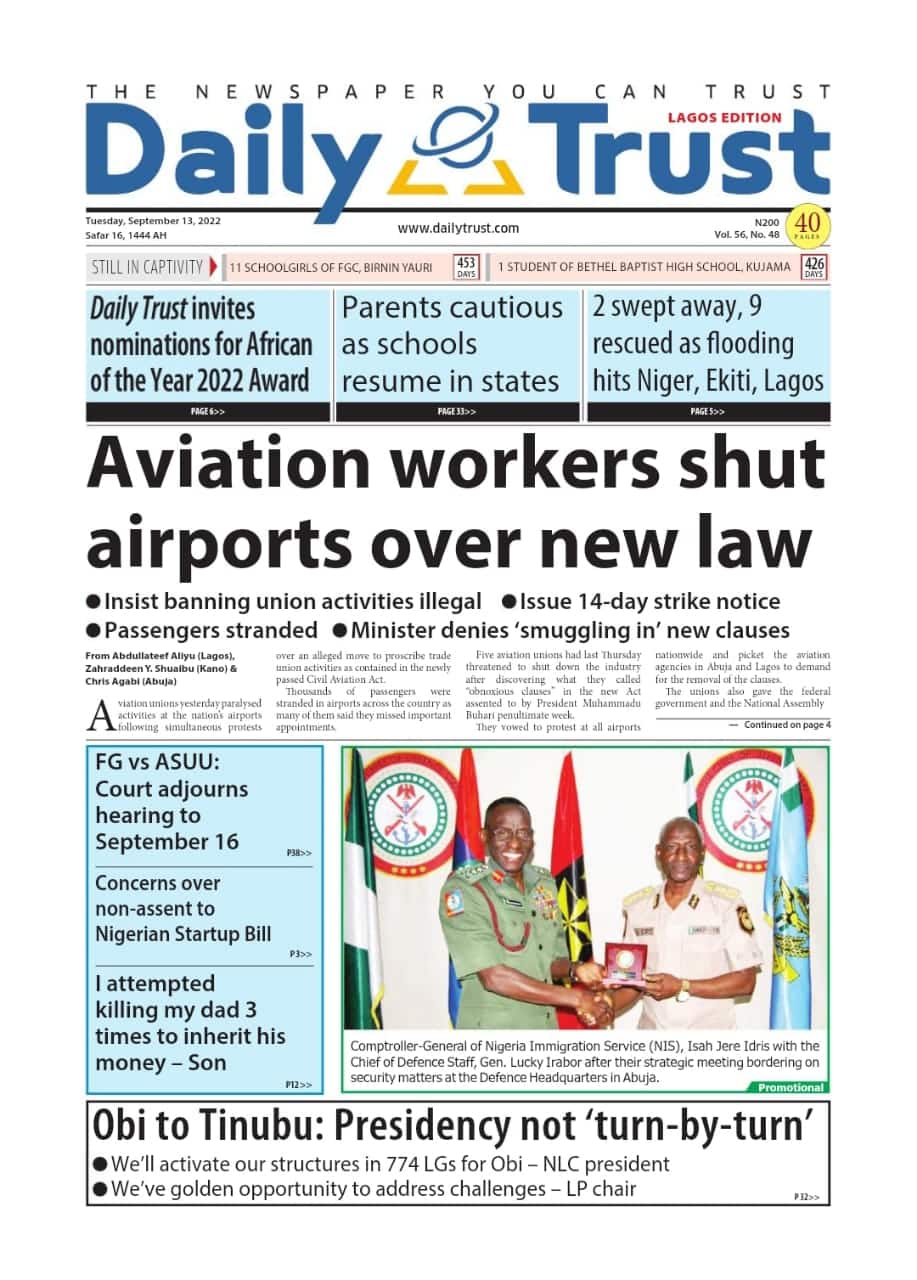 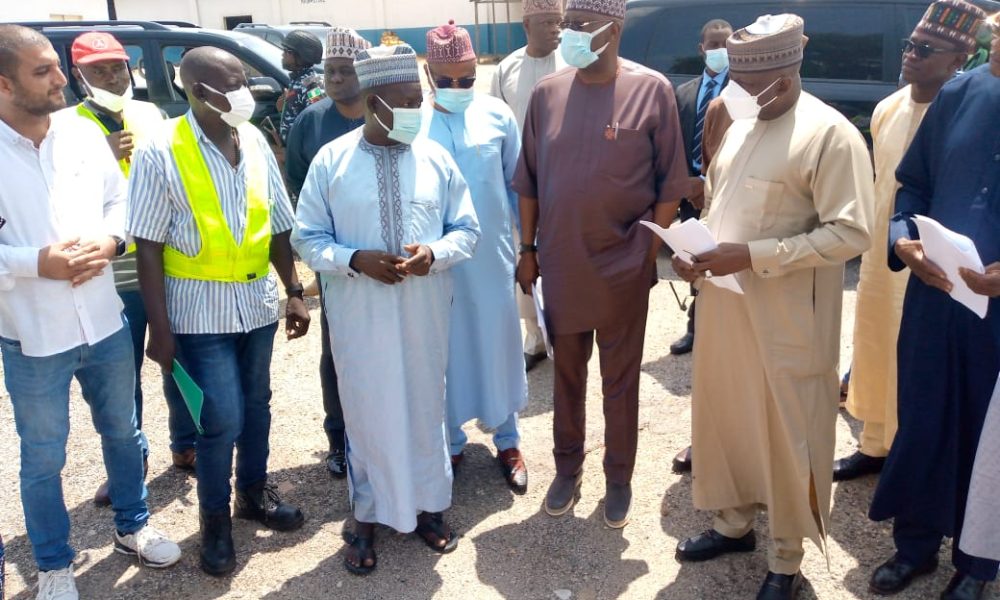 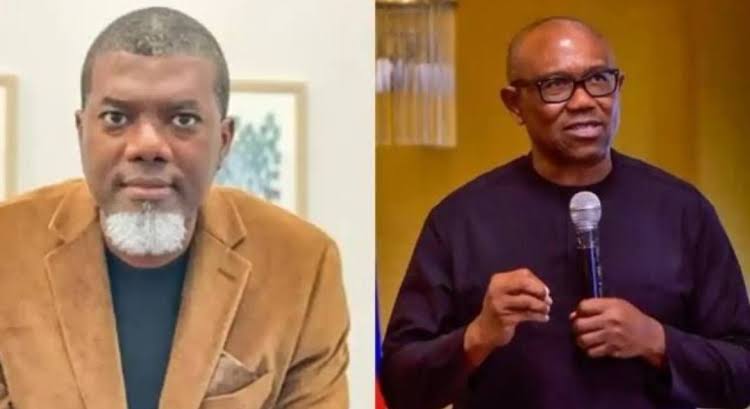