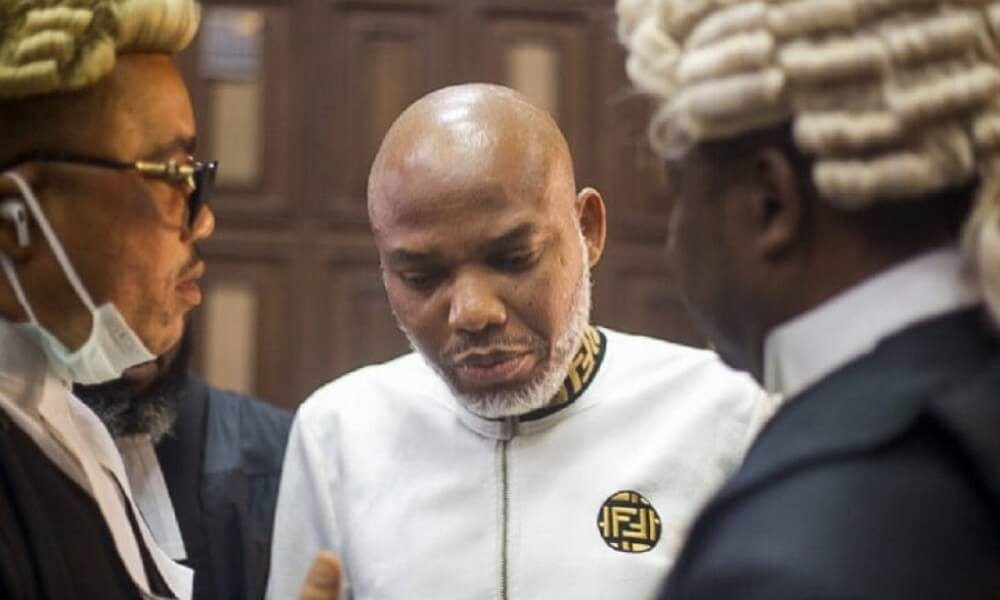 The detained leader of the Indigenous People of Biafra (IPOB), Nnamdi Kanu, has expressed happiness with the performance of his legal team.

One of the counsels to the IPOB leader, Ifeanyi Ejiofor, stated this in a statement on Friday after a routine visit to Kanu on Thursday in the detention of the Department of State Service (DSS). Ejiofor said he visited the IPOB leader with his lead counsel, Mike Ozekhome (SAN), and some of his family members at the DSS headquarters, where he is still being detained for over 14 months. He stated that the purpose of the visit was to give Kanu feedback on Tuesday’s court proceedings where the legal team prayed for the dismissal of the remaining seven charges of terrorism and treasonable felony brought against him by the Federal Government. Ejiofor said that the detained Biafra agitator was in high spirits and confident that the Court of Appeal in Abuja would discharge and acquit him from the terrorism charges. He said the IPOB leader expressed optimism that the charges against him would be quashed by the court and asked his supporters to remain consistent, resolute, unshaken, focused and prayerful. The statement reads in part, “The court-ordered routine visit to our client, Onyendu Mazi Nnamdi Kanu has just been concluded at the DSS Headquarters, Abuja, where he is still being held in solitary confinement for over 14 months. “Feedback was provided to him on the September 13 Court of Appeal proceedings in his appeal against the Federal High Court ruling upholding seven charges against him. Kanu was elated by the performance and legal prowess demonstrated by his legal team, led by Chief Mike Ozekome (SAN). “Kanu was enthused by the accounts of the advocacy and submissions of Chief Ozekhome, SAN during the proceeding, happy with the panel of Justices, and was completely convinced that justice is already in the offing “He was deeply touched by the sacrifices of Umuchineke, who despite the heavy downpour witnessed in Abuja on that fateful day, still thronged the court, in a show of uncommon solidarity and support for him. “Kanu unequivocally reiterated his abiding confidence in his dogged legal team, who have always been up to the daunting task. “Onyendu remains firm, tenacious and holding very strongly to his conviction that his trial will surely end in victory.” 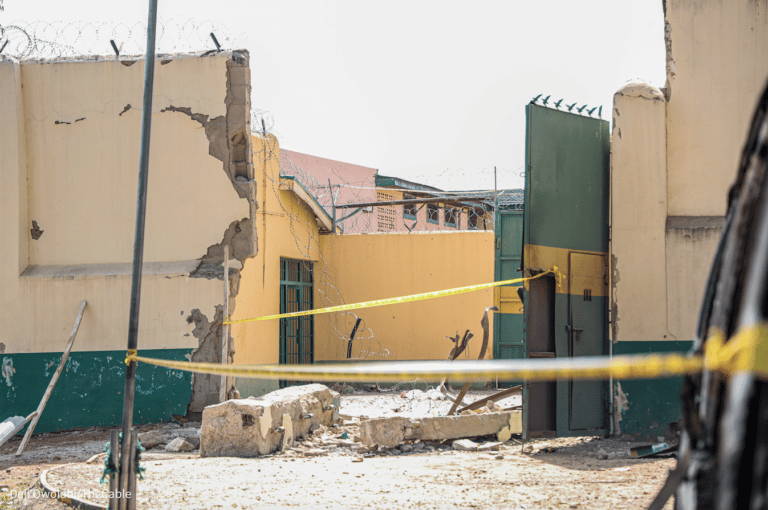