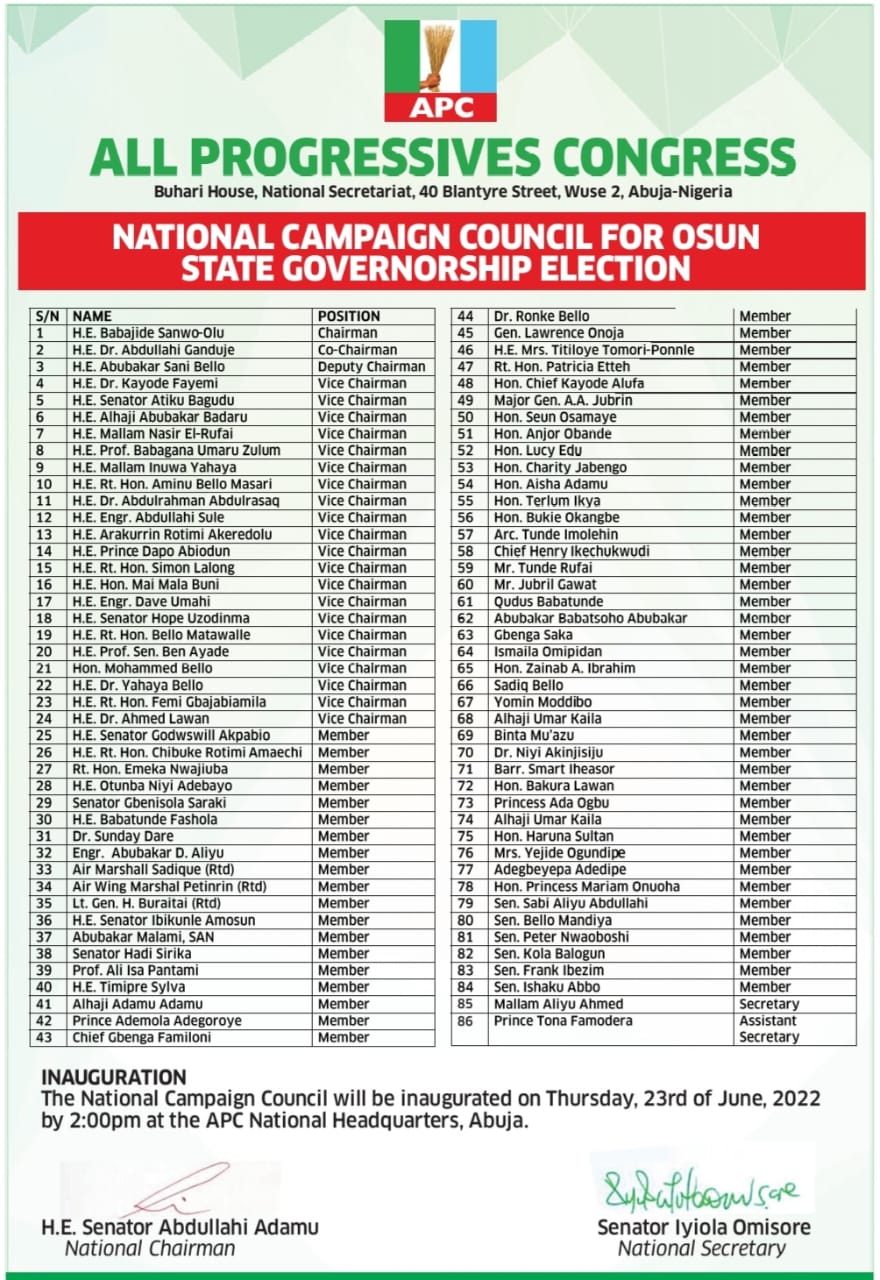 The All Progressives Congress (APC) has constituted an 86-member National Campaign Council for the Osun governorship election.

Lagos Governor, Babajide Sanwo-Olu is the chairman; his Kano counterpart, Abdullahi Ganduje is the deputy chairman.

Other governors were named as vice-chairmen.

The council will be inaugurated on Thursday at the party’s national headquarters in Abuja.

The governorship election will be held on July 16. Governor Gboyega Oyetola is the APC candidate. 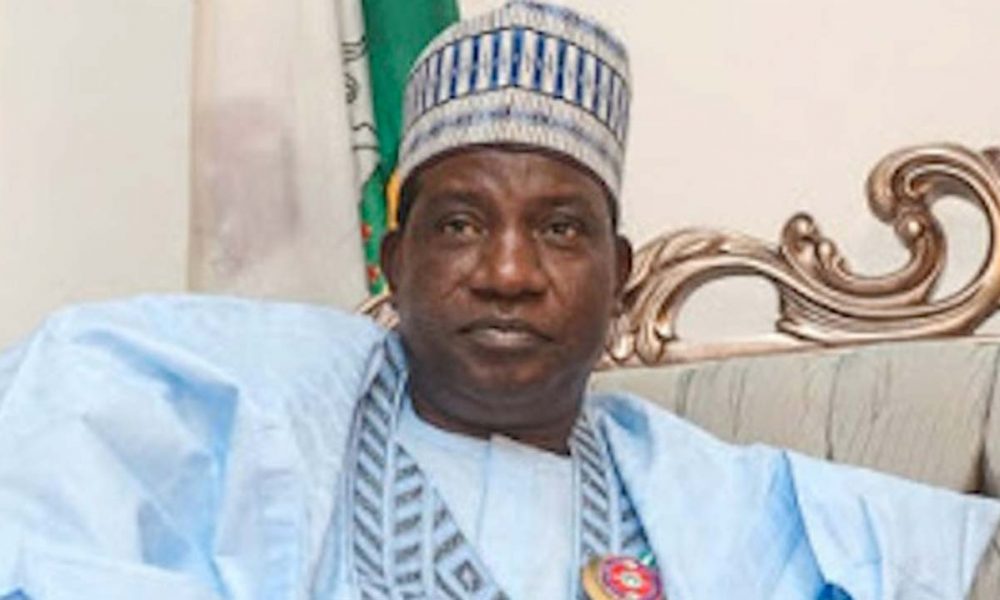 Tinubu/Shettima: I Did Not Insult The Pope – Lalong Speaks