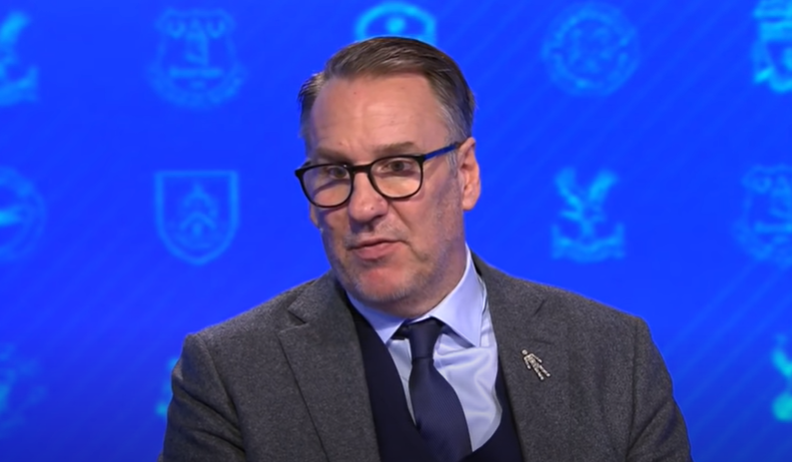 Paul Merson has made his predictions for the first set of fixtures of the 2022/23 Premier League campaign.

The season kicks off with a Friday night meeting between Crystal Palace and Arsenal at Selhurst Park – the ground where the Gunners lost 3-0 last season.

Mikel Arteta’s side have been in fine form in pre-season, and Gunners legend Merson is backing his former side to start the new campaign with a win.

‘I know Arsenal didn’t start their Premier League campaign well last year, but they had several COVID cases in their squad back then,’ Merson told Sportskeeda. ‘I don’t see how Crystal Palace are going to stop Arsenal from scoring this weekend. Palace are a hard team to visit under lights, but this is a summer night.

‘Mikel Arteta will probably go with his tried and tested team. Ben White played in midfield in pre-season, but I think he’ll play alongside Gabriel in defence. As the season went on last year, the two of them did really well for the team.

‘Arteta’s best forward line at the moment should have Gabriel Jesus, Bukayo Saka, and Gabriel Martinelli. There’s Emile Smith Rowe and Eddie Nketiah as well – they have a lot of options now. The most important thing for them was for Gabriel Jesus to settle in, and he’s hit the ground running.

‘Arsenal need to make a statement now. This is a big game for them, because they need to lay down a foundation. If they lose here, people will assume that they’re flaky and still the same old Arsenal. If they want to make it to the top four this season, they need to win this game.

Merson thinks the Reds’ £85million summer signing should start the game at Craven Cottage and is predicting a routine win for the away side.

‘I couldn’t think of a worse way for Fulham to start their Premier League season.,’ Merson added. ‘They played so many games just by attacking teams in the Championship. Now, they’ve got to put eleven men behind the ball, and that’s going to be a problem.

‘I would start Darwin Nunez in this game. I only say that because this is not a game against one of the big six, and you know that Liverpool are going to dominate. Nunez needs to play in games where you know he’s going to score, and this is a great game for him to make his Premier League debut.

‘It’s always hard playing newly promoted teams at the start of the season – they’re excited and energetic. You’d much rather play them in January. Liverpool are an excellent team, however, and should be able to win this match easily.

Regarding Chelsea’s clash against Everton at Goodison Park on Saturday, Merson thinks Thomas Tuchel’s side will edge a win.

‘Both these Premier League teams struggled in pre-season,’ Merson continued. ‘Everton’s a hard place to visit, but they’ve been really poor over the past month.

‘Chelsea should play Kai Havertz through the centre – he brings it together for them. I don’t think he’s going to score more than 20 goals for them. Chelsea will have to rely massively on Mason Mount and their midfield to score, and they’re not renowned for that. Raheem Sterling has scored goals for Manchester City, but playing for Chelsea is a different kettle of fish.

‘I don’t know where the goals are coming from at Chelsea, and that’s my problem with them. With Antonio Rudiger and Andreas Christensen gone, they are weaker than they were last season. Koulibaly has experience behind him, but he’s played in Italy – their football is not as quick and electric as Premier League football.

‘Everton will make it hard for them, and Tuchel will need to grind out a result here. Chelsea haven’t been great in pre-season, but I think they have a little too much for Everton this weekend.’

Manchester United take on Brighton at Old Trafford, but much of the narrative has been around Cristiano Ronaldo.

The Portuguese has told the club he wants to leave next summer but that hasn’t materialised.

In terms of the match, though, Merson believes Erik ten Hag will pick up a win in his first competitive game as United boss.

‘Erik ten Hag is in a catch-22 situation with Cristiano Ronaldo,’ Merson said.

‘He’d probably want Ronaldo out to implement his plan, but he doesn’t have a replacement in the squad. It’s a massive kick in the teeth for the manager – this is Manchester United we’re talking about, and you’d think they’d have a proper centre-forward by now. If he stays, I’d play Ronaldo ahead of Martial every day of the week in the Premier League.

‘In defence, I think Manchester United should play three at the back. Raphael Varane, Harry Maguire, Victor Lindelof – I don’t think any of them are good enough to play in a back four.

‘I think Brighton will go to Old Trafford and take the game to the hosts this week. They’re going to keep the ball and try to frustrate Manchester United. I’ll back United to win this one because they’ve got a new manager, but I wouldn’t be surprised if they drop points here.’ 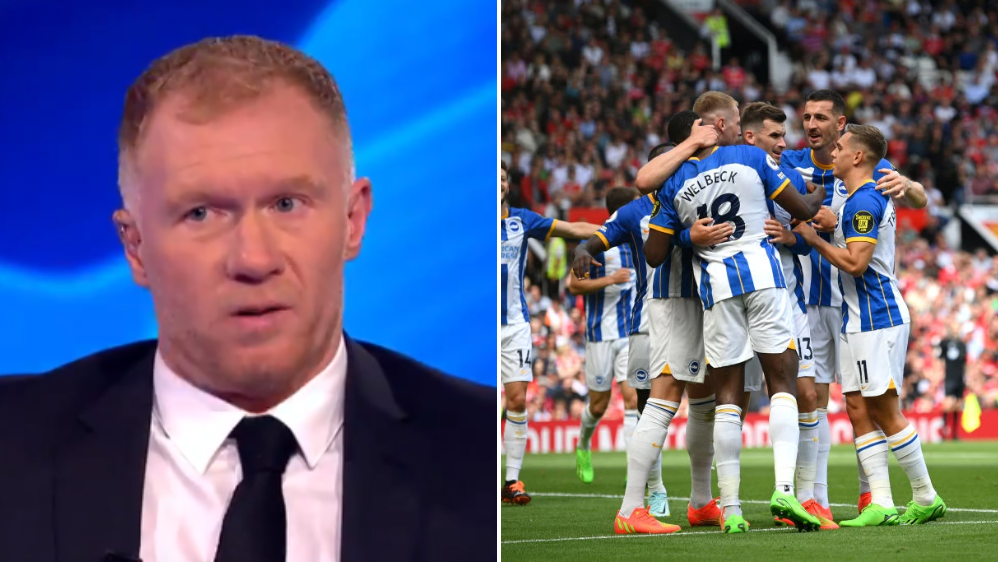 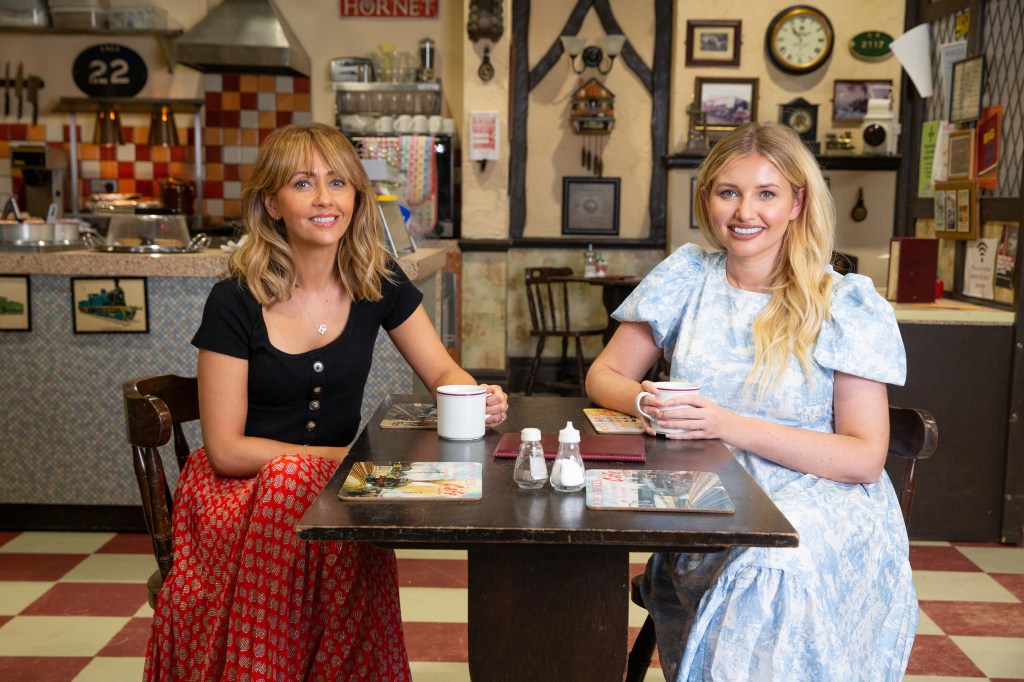 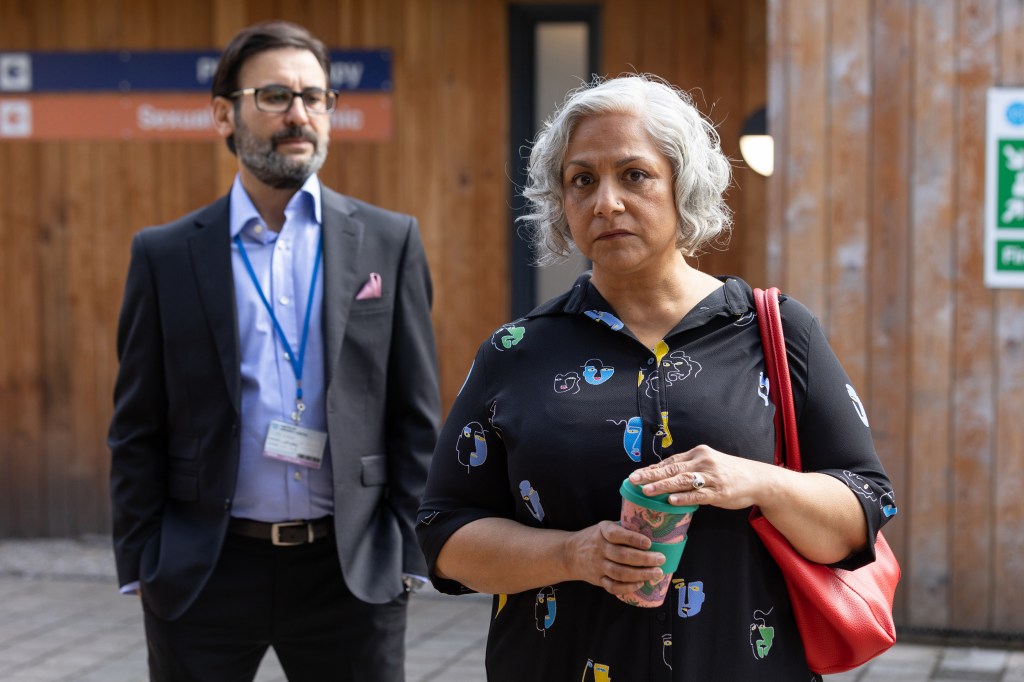 Hollyoaks spoilers: Harvey Virdi reveals Ali gets his comeuppance despite acquittal as he loses control: ‘He starts to crumble’