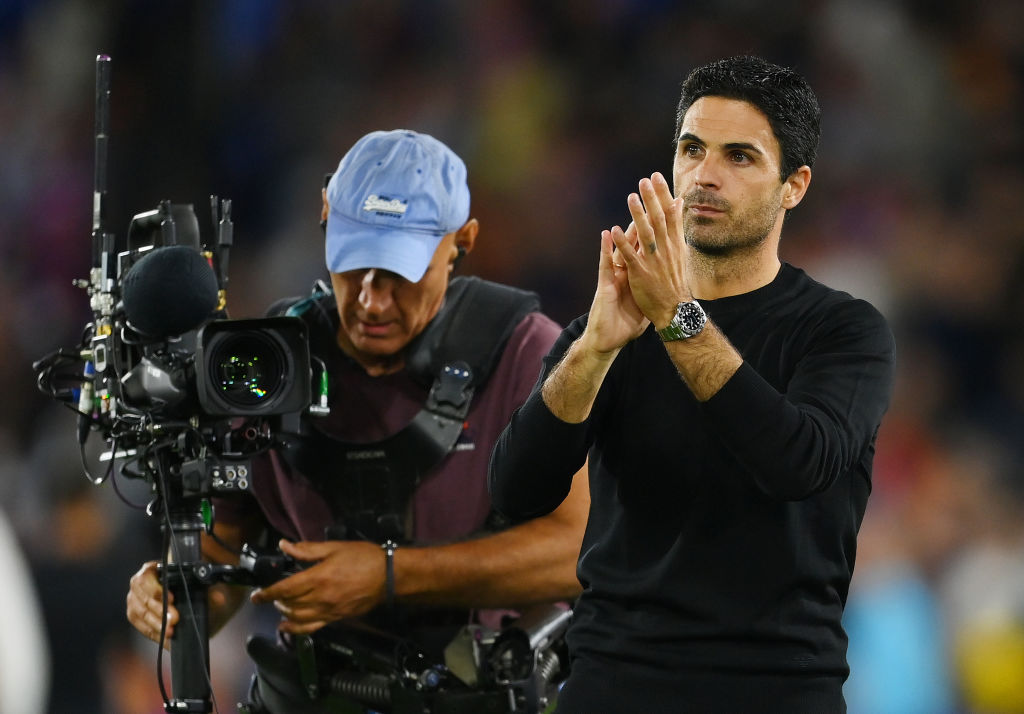 The Gunners kick-started their 2022-23 campaign with a 2-0 win over Crystal Palace on Friday night, as Gabriel Martinelli’s first-half header and Marc Guehi’s second-half own goal saw Arsenal triumph at Selhurst Park.

Arsenal lost 3-0 in this fixture last season in what turned out to be the start of a dismal run for the club which ultimately led to them finishing fifth and missing out on the Champions League.

But Arteta’s side showed no signs of a hangover from last season’s disappointing finish as they clinched a well-deserved win to take the three points back to north London.

Arteta was impressed by his side’s fast start and the resilience they showed as Palace pushed for an equaliser in the second-half, picking out French defender Saliba and England goalkeeper Ramsdale for praise.

When told that Liverpool legend and Sky Sports pundit Jamie Carragher named Saliba as his Player of the Match, Arteta responded: ‘Rightly so, he was superb tonight, phenomenal.

‘His relationship with Gabriel, his understanding with the back four, for him to play his first Premier League game away from home against Palace, really credit to the boy because he stood with a big presence and a lot of composure.

‘The way we started the game and played in the first half hour was superb – we should have scored more.

‘We had to play the game in ways we didn’t want to as it went on because Palace are able to do that to you.

‘To win here, you need to suffer – we’ve done it and that’s part of the mentality we want to build, to come to places like this and win.’

Arteta added: ‘The most important thing is to win the first match, to build confidence and momentum, and then you can talk about things we need to improve – there were quite a few today, to be honest.

‘To have players at the back of the right size is really important in these kinds of matches. That’s the resilience we need to win football matches and see them through.

‘Aaron Ramsdale did incredibly well from the one-on-one and won the game for us.’

Meanwhile, Crystal Palace boss Patrick Vieira bemoaned his team’s wastefulness in front of goal after the Eagles slipped to defeat.

‘I don’t know if 2-0 is well deserved for Arsenal, both teams didn’t really create a lot of chances,’ the Gunners legend said.

‘The two goals we conceded were poor. And then for us, when we had that good moments, the momentum, we created two really good chances to get back into the game and we didn’t take them, and that was the frustration today.

‘We knew how good this team were, we watched them play in pre-season and they play with a lot of confidence and quality in the team. You need to defend well as a team and we did it, especially better in the second half.

‘At the same time, those chances we didn’t take cost us the game – in a really important time in the game.

‘The one from Eze in the second half, we expect him to put it in the back of the back of the net, because we were all over them. If you score that, with the fans behind, the game will be different.’

Arsenal will look to make it two wins from two when they host Leicester City next weekend, while Crystal Palace face a daunting trip to Anfield to face Liverpool. 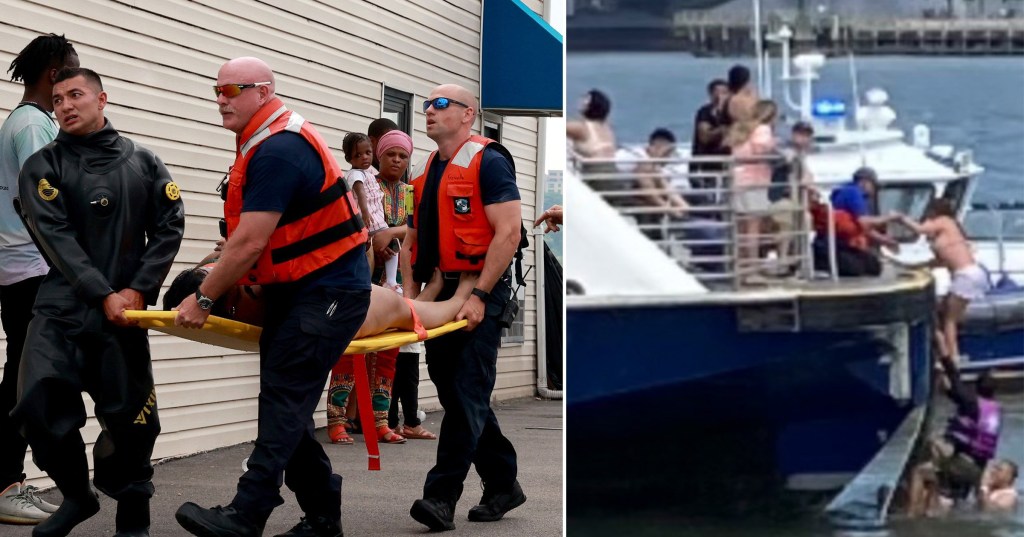 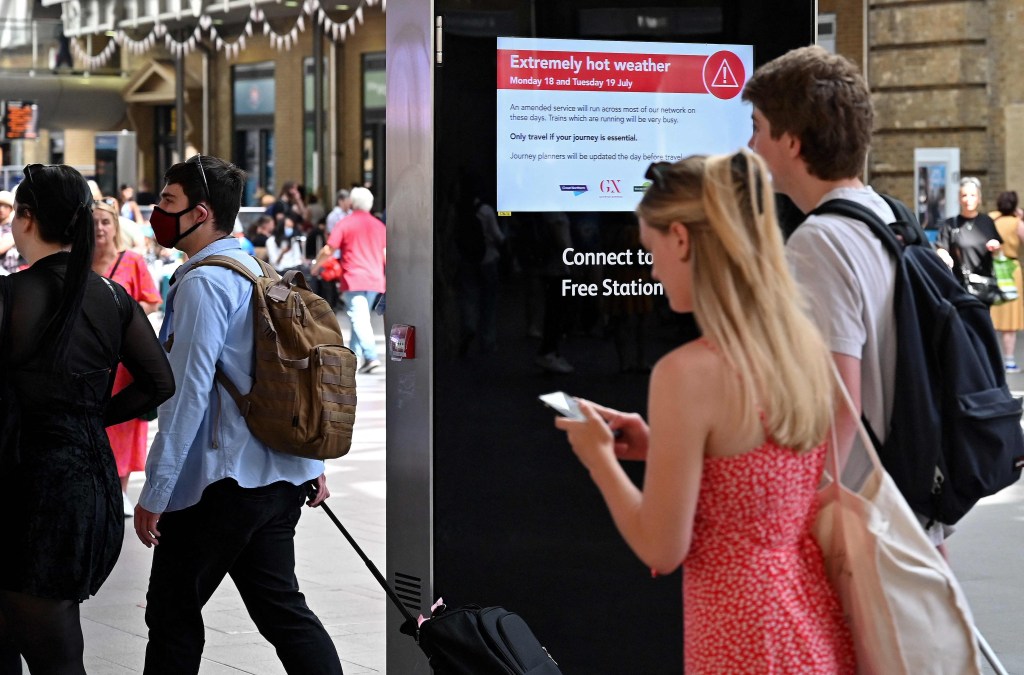 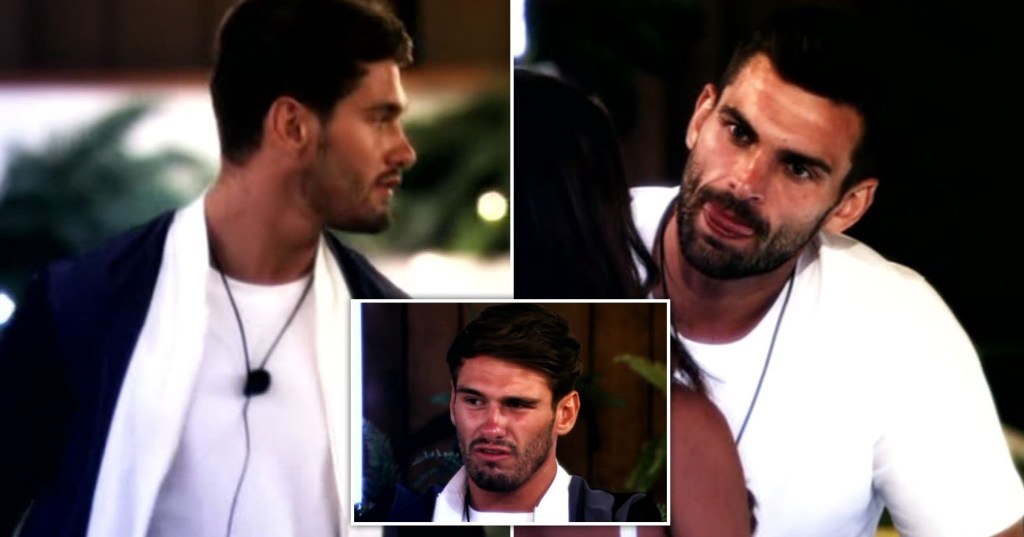