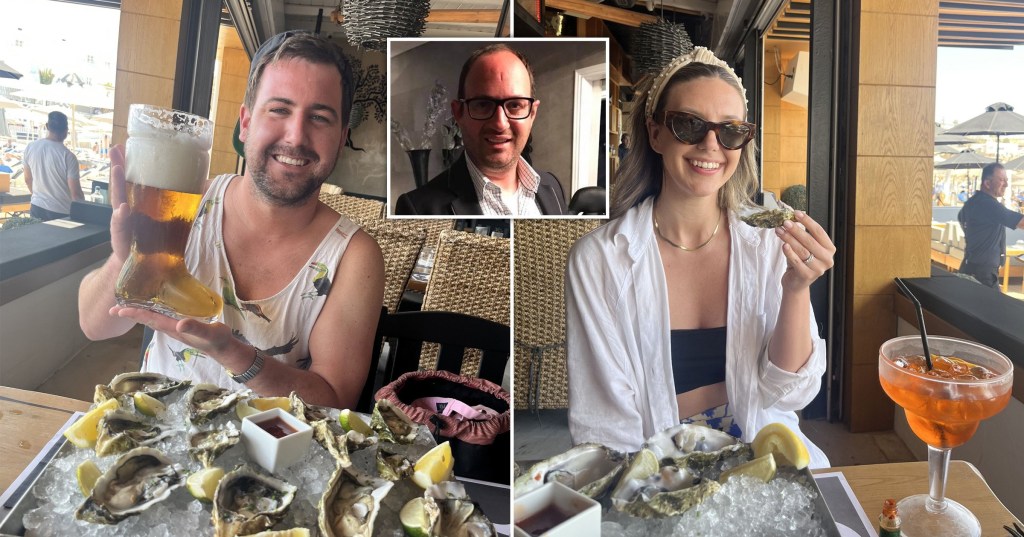 The owner of a Greek restaurant accused of hitting tourists with sky-high bills for a few drinks or snacks is fighting to defend his ‘honour’.

DK Oyster hit headlines this week after a Canadian couple on their honeymoon said they were charged 400 euros (£335) for a beer, an Aperol spritz and a dozen oysters.

Lindsay Breen and her husband Alex said staff hadn’t shown them a drinks menu with prices on it and kept on trying to bring things to their table that they hadn’t asked for.

A quick glance at TripAdvisor will show plenty of one-star reviews from unhappy customers with similar grievances.

Dimitrios Kalamaras, who owns the oyster bar in Mykonos has finally broken his silence and has defended his prices, bragging that they are simply ‘beyond the budget’ of some of his visitors.

He fired back at Lindsay, claiming she was an ‘influencer looking to get famous’ from highlighting her shocking bill.

Dimitrios said that ‘dozens’ of similar ‘false’ claims on TripAdvisor stating that staff refused to give a menu with prices on it, he decided to place three blackboards at the entrance displaying them.

He also states that customers should ask for a manager to discuss the price before they order and that it would be ‘ridiculous’ for him to explain the menu to every customer that enters.

Dimitrios also says that ‘no adult in their right mind’ would order a drink without seeing how much it costs first.

He says he has no intention of explaining why they charge more than a supermarket or a traditional taverna, proclaiming DK Oyster’s ‘concept’ is completely different.

‘Unfortunately, all of us who work in the hospitality sector have been approached by notorious “influencers” who instead of making their living by advertising products and services to their audience, put pressure on certain businesses for exorbitant fees and free meals,’ he said.

‘In DK Oyster we have advertised in the ways we consider suitable for our restaurant and we will not succumb to the influencers who have been attracted to the beautiful island of Mykonos.’

Dimitrios said Lyndsay was ‘trying to get famous through Instagram posts’, although she doesn’t appear to have a big presence online.

He says that every time he receives a complaint on TripAdvisor, he consults with staff, adding: ‘They always assured me that they abide by the rules.

‘So I used TripAdvisor to encourage our guests to always browse carefully through the menu and the prices.

‘I cannot stop every single person entering our premises and explain the significance of such a practice.

‘Unfortunately, there are people on TripAdvisor openly encouraging guests to come, eat and drink whatever they want and then refuse to pay the bills.

‘I understand that some people may find our prices beyond their budget and I totally respect their opinion, even if they do not appreciate the value of our services, cuisine, concept and experience.

Lindsay claimed Alex, a carpenter, was taken to a back room to pay and when he asked for a breakdown, they showed him their computer screen which was all in Greek.

The recruiter says her new husband settled the bill without arguing as he felt intimidated and just wanted to get out of here. 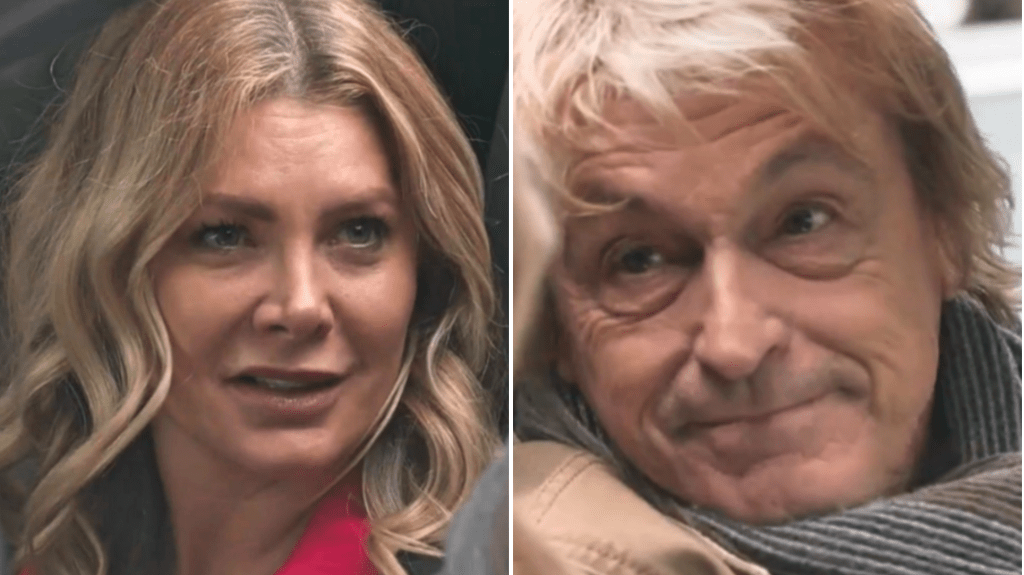 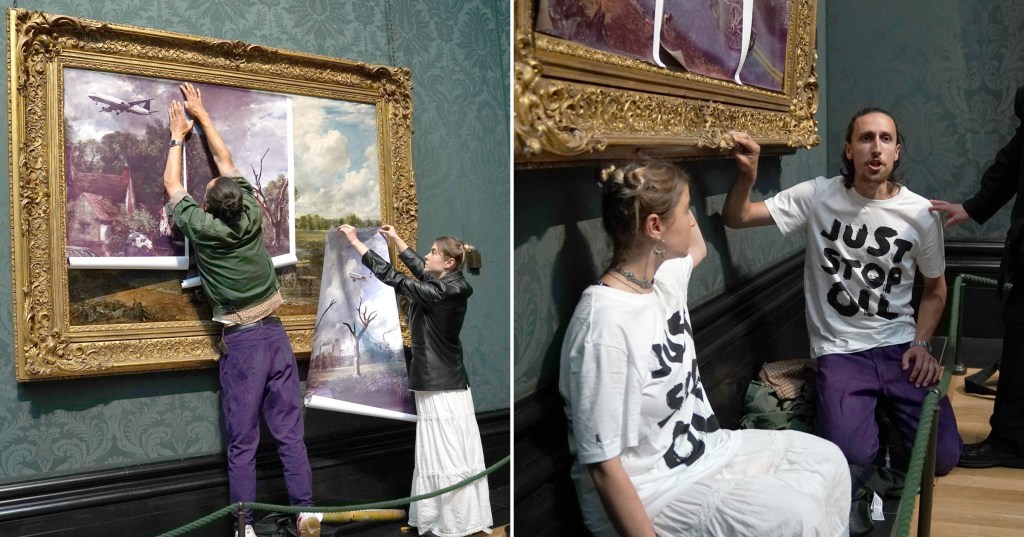