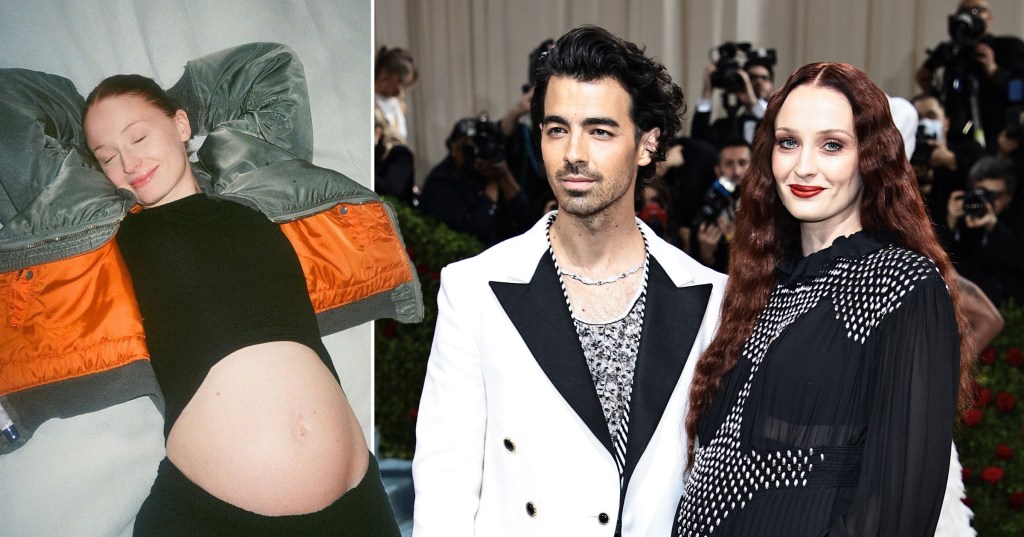 The 26-year-old posted her throwback snap from earlier this year to Instagram, which showed her lying on a bed in black crop top and tracksuit bottoms, with her full bump proudly on display.

The Game Of Thrones star, also wearing an olive green bomber jacket, placed her hands behind her head as she beamed broadly and closed her eyes in contentment.

‘Full of baby’, she joked in the snap’s caption, which the photo appearing to have been taken in the third trimester of her second pregnancy.

Reps for the stars confirmed that the couple had welcomed their second daughter in July, telling People: ‘Joe and Sophie are happy to announce the arrival of their baby girl.’

No name has yet been publicly revealed.

Sophie had previously confirmed she was expecting again in an interview with Elle UK, after posing next to 32-year-old hubby Joe with their hands on her stomach at the 2022 Met Gala in May.

‘It’s what life is about for me – raising the next generation. The greatest thing in life is seeing my daughter go from strength to strength,’ she told the publication.

She added: ‘We’re so excited to be expanding the family. It’s the best blessing ever.’

The couple previously welcomed daughter Willa in July 2020, having tied the knot in May 2019 in a Las Vegas ceremony after the Billboard Music Awards.

While speaking with Jimmy Fallon on his chat show in May, Sophie revealed that she knew that she would marry Joe the very first night she went out with him.

‘I mean the first night I met him I remember, he left my apartment, and it may have been the alcohol, but he left – he didn’t come over, I’m not that forward,’ she explained.

‘We went out and we hung out at a bar, all of my friends and all his friends, and they all came back to my apartment and we had drinks after.’

She continued: ‘And I remember him leaving, and I just wept to my brother… I was like, “I love this man so much!” And I knew. And that was it.’

MORE : David Beckham is having the summer of dreams as he lounges on superyacht in Miami 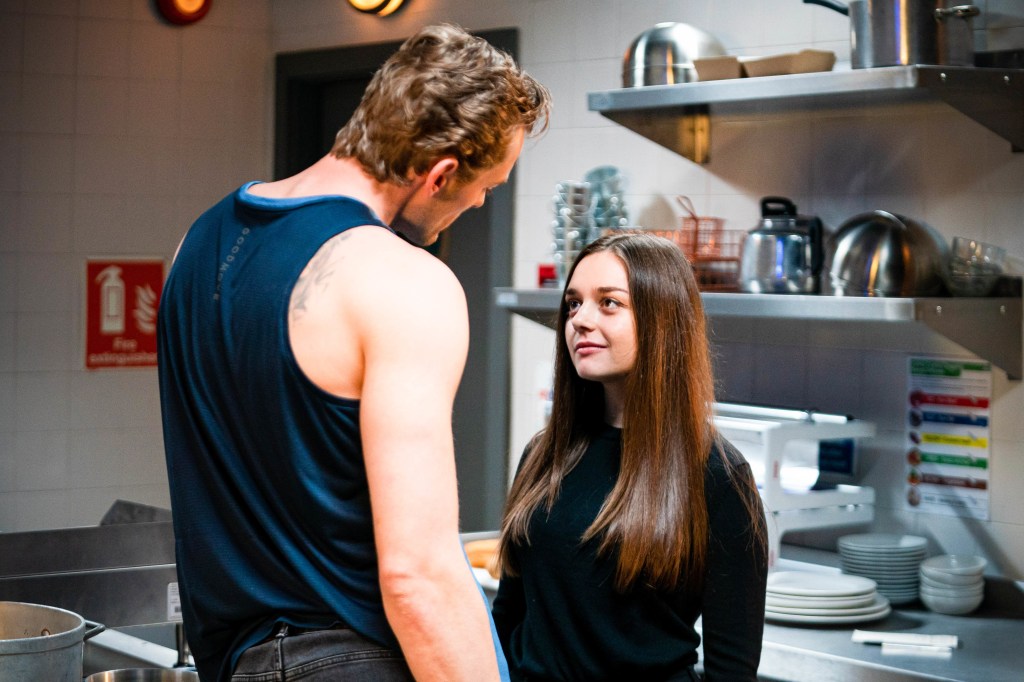 EastEnders spoilers: Devastation for Bobby as Dana and Peter are caught having sex 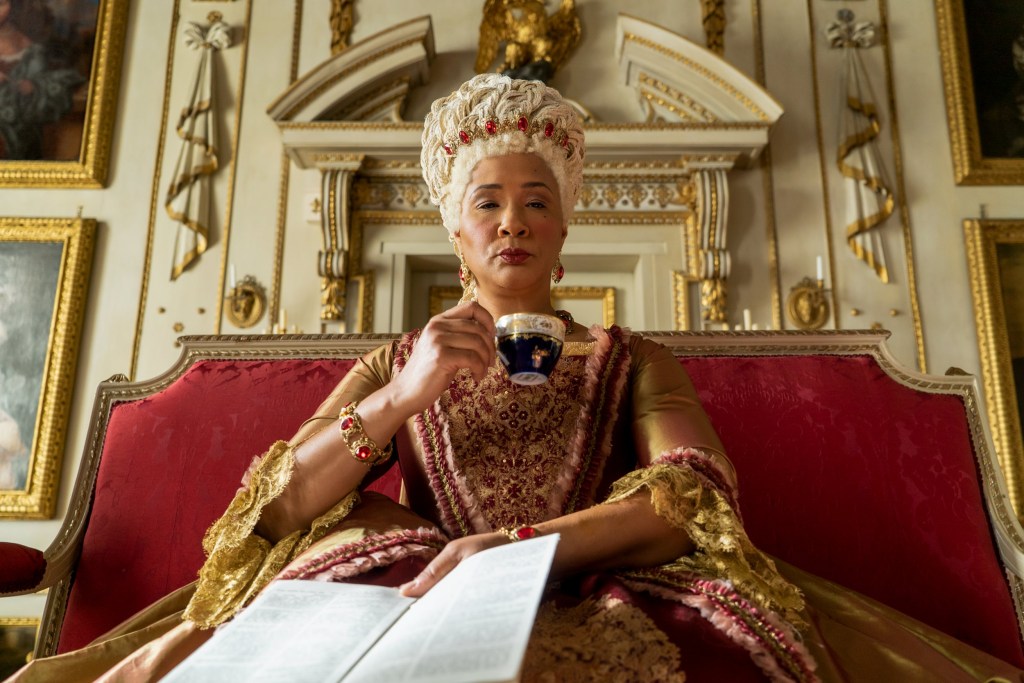 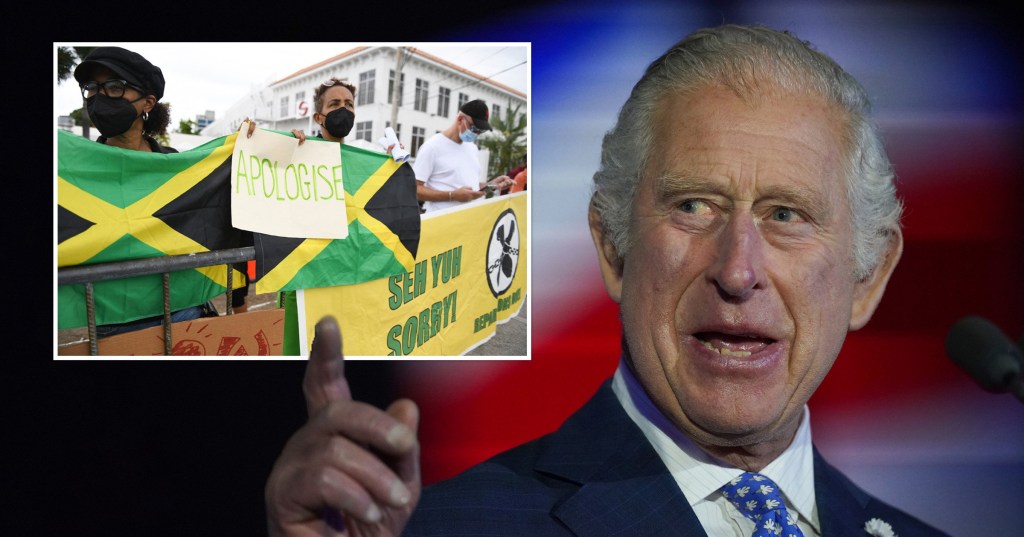