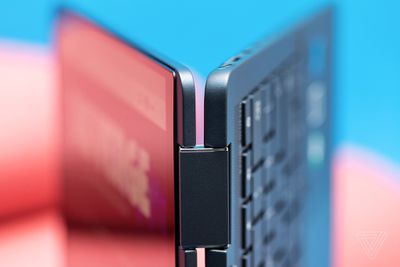 There is not much I need to say about the HP Elite Dragonfly Chromebook that has not already been evident from the leaks, announcements, and general hype surrounding this thing.

It is a beautiful device. It’s fast, with enterprise-grade specs — one of the first Chromebooks, in fact, to support Intel’s vPro platform. And yet, the exceptional nature of the chassis really lays bare, more so than any other device I’ve tested this year, one of the biggest complaints I have about the current Chromebook space: ChromeOS. As much as I love using ChromeOS, and as much progress as it’s made over the years, it’s not ready for the business world — and it’s not ready for devices that, even in their cheapest form, cost well over $1,000.

Google’s own Pixelbook in 2017. And I think HP has probably done close to everything it can to make an incredible enterprise machine.

I’ll run you through the good things. It’s light, at just 2.8 pounds (just 0.1 heavier than the MacBook Air, though it’s a good deal thicker) with a sturdy magnesium / aluminum hybrid chassis. It looks and feels just like HP’s premium Windows Dragonfly line, with an excellent 3:2 display (including a 1,000-nit option and a Sure View Reflect privacy screen option), fantastic Bang & Olufsen-tuned speakers, a surprisingly sharp 5MP webcam with a physical shutter, and an optional rechargeable USI pen that magnetically attaches to the chassis.

Even the port selection is fine (relative to the port-starved world that ultraportables currently live in), including an HDMI as well as two USB-Cs and a USB-A.

The Core i5-1245U chip inside my review unit absolutely flies. Even photo editing in the Lightroom app was silky smooth and faster than it is when I use the desktop version on some slower Windows laptops. Swapping between tabs and apps was instantaneous. Provided that everything you need to run plays nicely with ChromeOS, I don’t see any workload giving this device significant trouble.

Battery life could be better but was not terrible. I averaged seven hours of continuous use with a mix of Chrome tabs, Android apps, and PWAs at medium brightness. (I had a QHD model, but I imagine you might see more from the 1920 x 1080 option.) You can expect to feel some continuous warmth in the keyboard and across the bottom but nothing uncomfortable. The included adapter took 54 minutes to charge the device up to 60 percent, which is quite a fast charging speed as Chromebooks go.

This is all well and good. I sincerely have very few bad things to say about this Chromebook on paper. The only real nitpick is that the screen is a tad reflective, and I occasionally had to bump up the brightness when using it close to our office window (the horror). It’s a nice device that’s great fun to use.

I want to stress that the criticism I’m about to make isn’t really HP’s fault. This isn’t one of those reviews where I’m out to make a broad indictment of the product’s manufacturer. Many companies are involved in constructing the HP Elite Dragonfly’s user experience, as is the case with any gadget you might pick up — I’m just here to describe that user experience.

Here is the best description of that experience I can give you: the Elite Dragonfly Chromebook is great to use for leisure, and it’s difficult to use for work.

Now, to be clear: I respect that some power users just want a very high-powered Chromebook for coding, virtualization, games, and the like. I know that this group is very excited about this release, and I’m sure you all will be happy with the device — it’s everything it was supposed to be. But I do think you can get similar power in cheaper devices for much less money. The widely praised Acer Chromebook Spin 714 currently offers almost the exact same processor that’s in my review unit for $729, which is less than half the price of my unit and over $400 less than the absolute cheapest Dragonfly Chromebook’s MSRP. The Dragonfly is certainly more powerful than that Spin 714 — but whether it’s that much more powerful is another matter.

And for the mainstream business user (historically the target audience for the Dragonfly line that this laptop is part of), I don’t think the Dragonfly Chromebook is worth its price tag.

Much of my work life takes place on Slack. I know this is not the case for every workplace, but it is the case for a great many of them. ChromeOS users are required to choose between using Slack in their browser (and there’s a reason most people don’t do this on Windows — the desktop app makes a lot of things easier including shortcuts, workspace swapping, launching, searching, etc.) or using Slack in its Android app form (just not great).

Here’s a smattering of complaints I have about the current Slack app on Chromebooks:

There are also general responsiveness issues. I keep having to click channels multiple times in order to get them to open. Oh, and the app just froze a few times during my testing as well.

I’m not the only one who wishes there were a better non-browser option for this program — the Google Play Store is full of people complaining about the bugginess of the Slack Android app. And I know these all sound like small problems, but if you’re someone who uses Slack all day (and again, many people do), they’re enough to have you reaching the end of your rope very quickly.

While I do believe Slack is the program that needs the most immediate fixing before I can recommend any Chromebook as a serious enterprise device, I had all kinds of issues with other apps that I used throughout my workday as well. Discord, for example, is another program that can be used in Chrome but has a significantly faster and more feature-rich desktop version available for Windows. This is not so on ChromeOS — the Discord Android app just straight-up does not work on the Dragonfly. I could not click on anything — I was stuck in whatever channel happened to be open when I opened the app. Even when I scrolled within that channel, the app crashed frequently. And while Discord is not a business-critical app the way that Slack can be, it’s still central to many people’s work and social lives. (I take briefings on it from time to time, and Verge staff use it as a backup when Slack goes down.)

in the past.) I tried to run Geekbench on this device several times but could never complete a run before the app crashed. The Zoom Android app crashed a number of times during calls. (There is a Zoom PWA in the app store, but it is very easy to accidentally open the Android app instead.) And across the board, there were slow boot times, slow load times, and instances when I had to click things a bunch of times to get them to open.

Again, ChromeOS and the Dragonfly itself are both lightning fast these days, but the apps — even some of the most popular ones business users might need — are not nearly as good as their Windows desktop equivalents. And then there are still programs some business users live in that are only accessible in their web equivalents on ChromeOS, including Microsoft Office (whose web programs are missing a number of features the desktop programs have).

Parallels Desktop, which allows you to boot Windows in a virtual machine on Chromebooks (and the Dragonfly comes with a year-long free trial if you have the Chrome Enterprise upgrade). That’s great, but once the free period is up, business customers will need to pay $69.99 per user, per year to keep it. That’s not nothing. And you can also run Linux, of course, but we’re talking about companies potentially deploying big fleets of units to time-pressed workers — it’s realistic to assume that ChromeOS is what many people will be using on this device.

To repeat, I am a ChromeOS fan. I love the speed and security it offers. I think the state of non-browser software offerings is a fine tradeoff to make for a leisure device you’ll be using for fun. I have more trouble endorsing that when we’re talking about a device that livelihoods will depend on.

Customizable units are then a whole other thing — the cheapest one I can currently configure is $1,961 (and won’t ship until March of next year, according to HP’s site).

It gets complicated with the unit I have, which includes a vPro Core i5, 8GB of memory, LTE, and 256GB of storage with the stylus included. This configuration is not actually available for purchase as a prebuilt, but a comparable model with 128GB of storage is currently listed for $1,579.99. I will note for complete accuracy that technically the only way to get this specific unit is as a configurable, and that will cost a minimum of $2,408. Either way, we are well into MacBook pricing territory here, and that means you really shouldn’t have so many apps available that are full of glitches. (It’s not an apples-to-apples comparison for all kinds of reasons but, just for kicks, an M2 MacBook Air with similar specs would be $1,219.)

Now, we have seen Core i3 versions of this device dip well below $1,000 at certain times. That pricing would change the game here if you can find it, but that’s not the listed price of any units as of this writing.

This is a beautiful device. HP has done what it can here — it made the most beautiful Chromebook I’ve ever used.

But the desktop software that ChromeOS can offer isn’t worthy of this beauty — or this price. Again, I know some of my issues are nitpicky, but this is software that business users use every day and are being asked to pay very high prices to use. And I suspect that Google, having just canceled its next high-end Pixelbook product, may be coming to the same conclusion.

I know fixes are coming. PWAs are on their way. Linux is becoming more accessible. Android apps on ChromeOS have come a long, long way since I first started reviewing them, and I’m sure they will come further still. This is a great and fun operating system to use. But it’s not ready for the C-suite just yet. 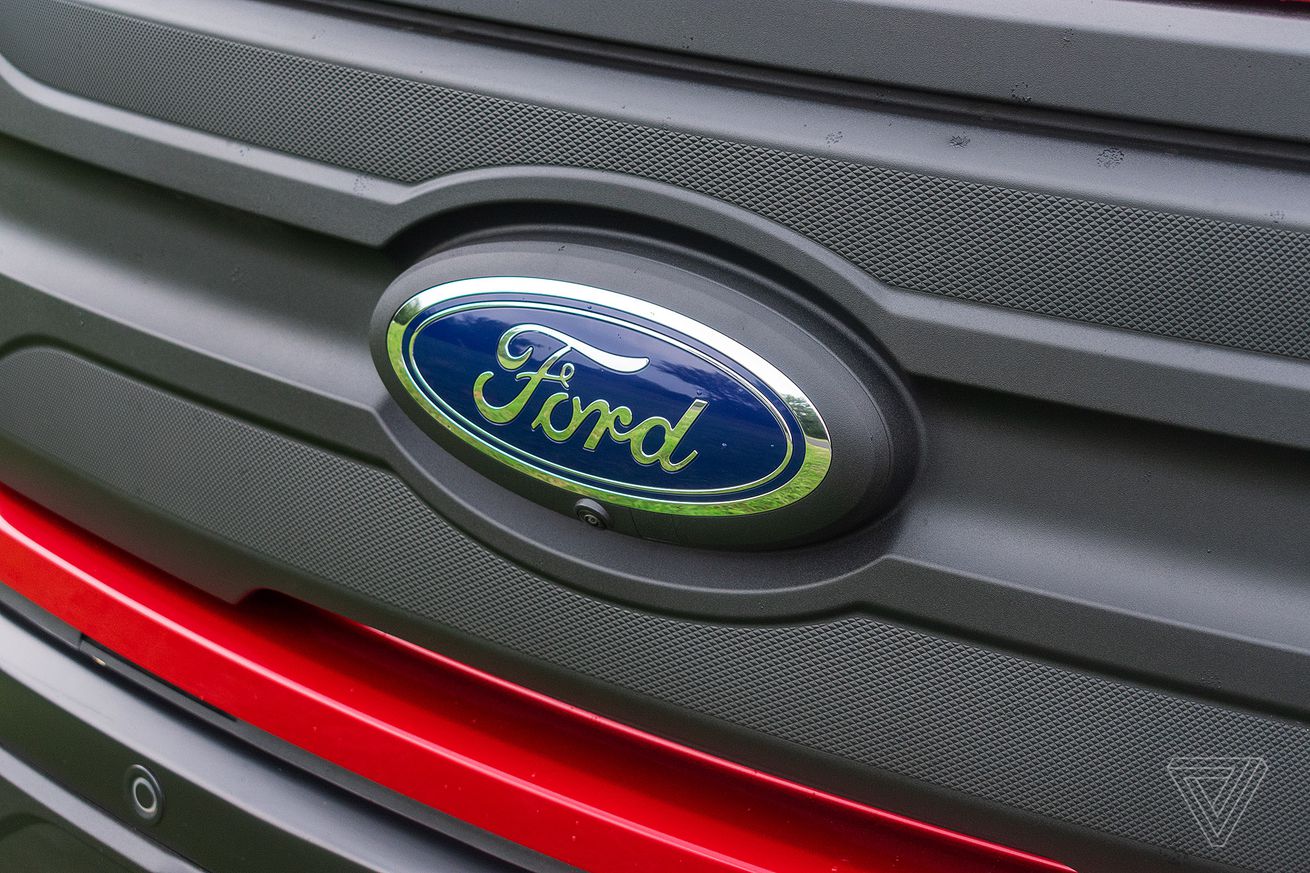 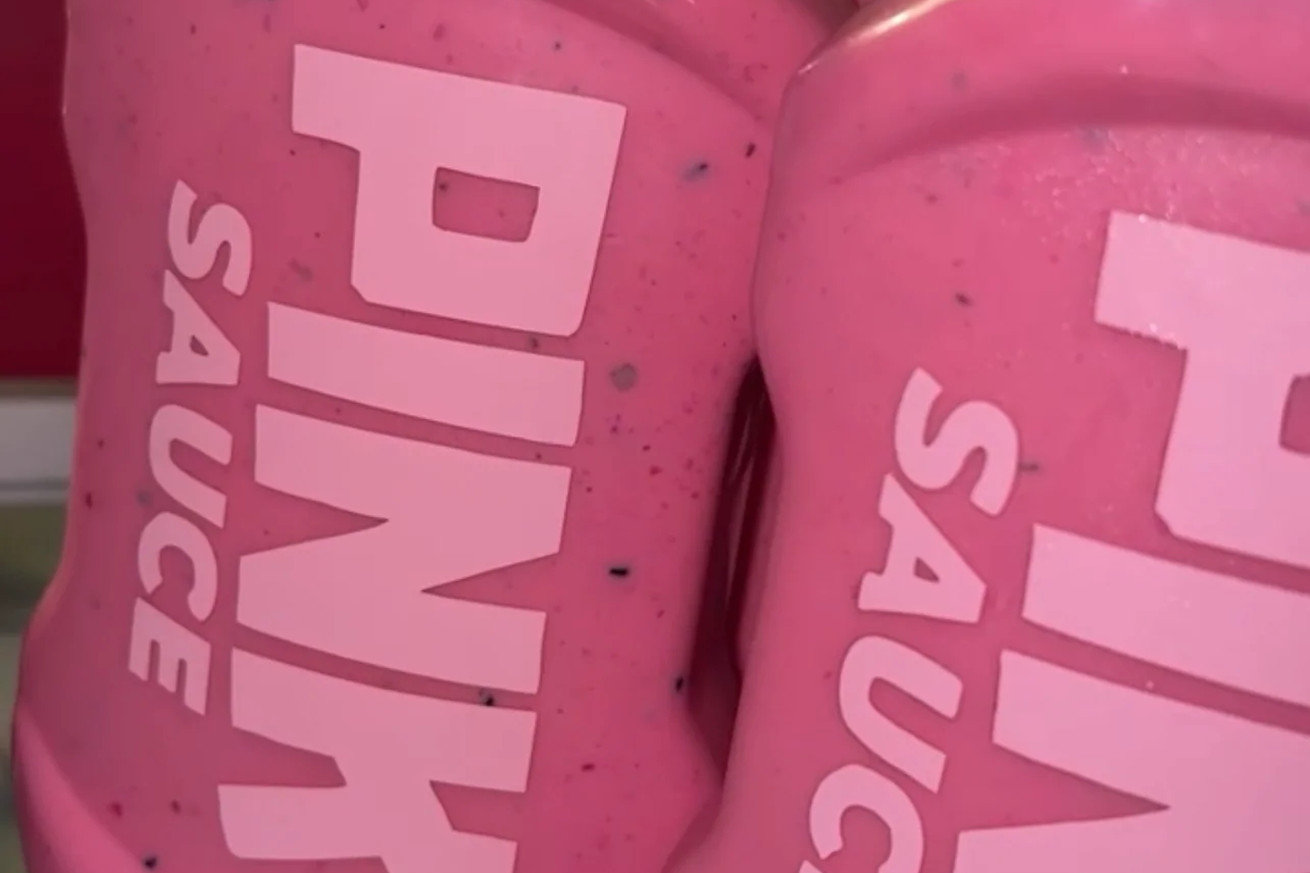 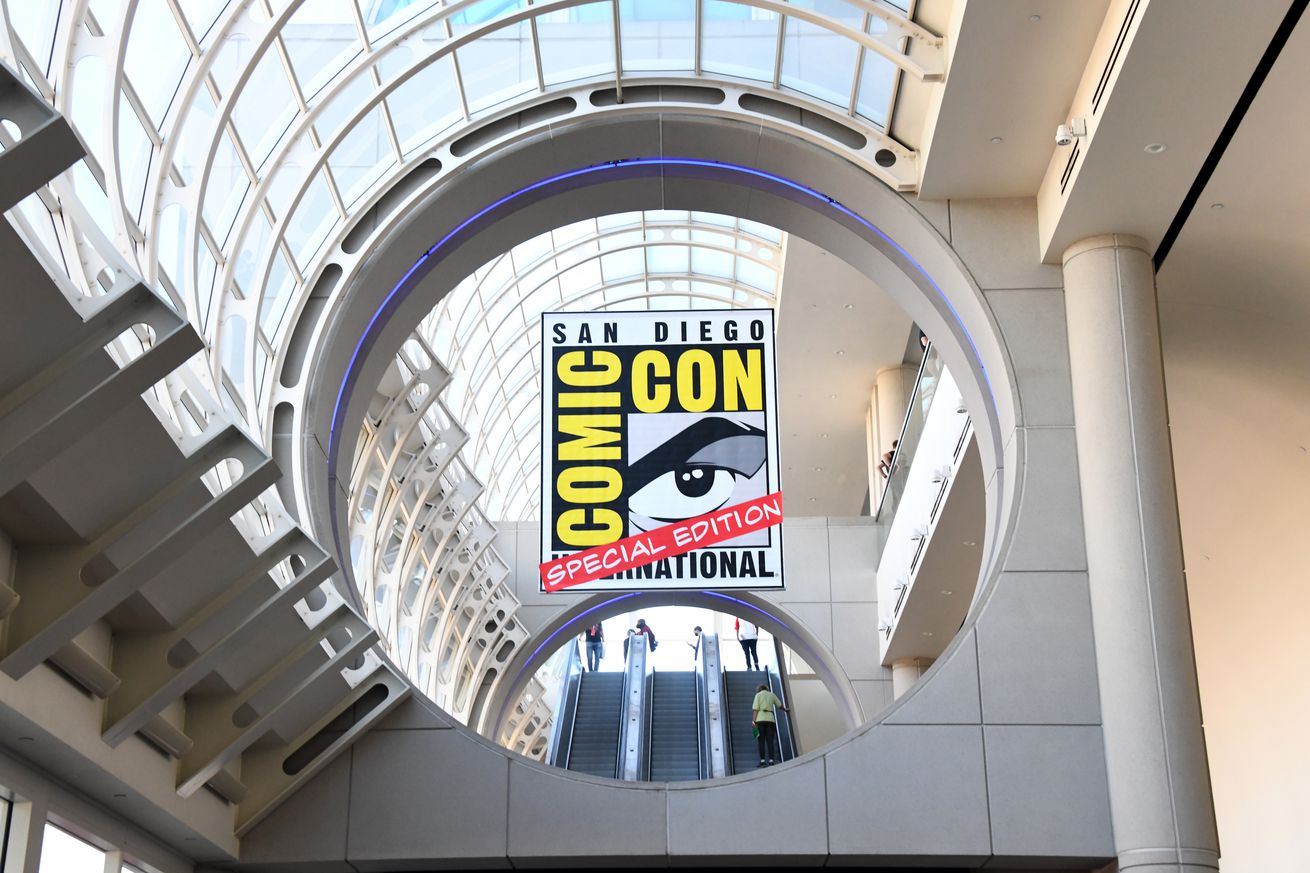 San Diego Comic-Con 2022: all the best panels, trailers, and news to watch out for