President Muhammadu Buhari on Tuesday met with aggrieved senators elected on the platform of the All Progressives Congress in Abuja. The lawmakers numbering about twenty-two had threatened to dump the ruling party following their failure to clinch the return ticket of the party ahead of the 2023 general elections. The Chief Whip of the 9th senate, Orji Uzor Kalu who led the aggrieved lawmakers said the senators felt disenfranchised by the process. President Buhari while addressing the aggrieved lawmakers at the meeting, charged them to exercise restraint in their plan to dump APC. Buhari in his statement said the plan of the lawmakers to dump the party is a threat to APC’s majority in the National Assembly. Kalu while speaking after the said the aggrieved lawmakers would not dump the party ahead of the 2023 race.

The House of Representatives on Tuesday, promised to play a role in ensuring justice and fairness in the alleged case of organ harvesting involving former Deputy Senate President Ike Ekweremadu and his wife, Beatrice. According to the lower chamber of the National Assembly, contact will be established with their UK counterparts in order to ensure the matter is treated with all the fairness it deserves. The position of the House was made known by the Speaker, Femi Gbajabiamila following a motion raised during plenary by a lawmaker from Bauchi State, Abdullahi Abdulkadir. According to Abdulkadir, there is the likely availability of fresh information on the matter which might not have been available to the UK Police as at the time of the arrest. He argued that the UK should work with Nigeria to “conduct a holistic and thorough investigation to ascertain all the facts relating to the allegation in order to make a fair determination on the issues in the best interest of equity and justice for all concerned”. Speaking on the motion after contributions from other lawmakers, Gbajabiamila disclosed that steps have already been taken on the matter and more will still be done.

3. Despite Resignation Senate To Probe Muhammad Tanko Over Corruption Allegations

The President of the Senate, Ahmed Lawan, on Tuesday, directed the probe of former Chief Justice Tanko Muhammed over allegations of corruption raised against him by some justices of the Supreme Court. Fourteen justices of the Supreme Court had recently levelled corruption allegations against the former CJN, which he denied. However, after his resignation, which was made based on undisclosed health challenges, Lawan gave an order for the probe of Tanko. The Committee Chairman, Senator Bamidele, said his team was taking the necessary steps in investigating the allegations against Tanko as directed by the President of the Senate.

The Vice Presidential candidate of the All Progressives Congress, Kabiru Masari has informed the Independent National Electoral Commission (INEC) of the loss of his original certificates. This is coming amidst controversy around the primary and secondary school certificates of the party’s presidential candidate, Bola Tinubu. According to Nigerian Tribune, Masari in the credentials submitted to the electoral body attached an affidavit that he has lost his primary and secondary schools certificates. Masari noted that he attended Masari Primary school, Katsina State between 1972-78 and obtained a Grade 2 Certificate from Katsina Teachers College in 1982 and a Higher Certificate in 1995. The APC vice presidential candidate in the affidavit claimed that while on transit within Wuse, Area FCT, Abuja he lost his Certificate of Occupancy for land located in GRA, Katsina along with his Grade 2 Certificate from Katsina Teachers College and First Leaving Primary School Certificate issued by Masari Primary School, Katsina State, (1972-78).

Justice Binta Nyako of the Federal High Court has adjourned the trial of the embattled leader of the Indigenous People of Biafra (IPOB), Mazi Nnamdi Kanu. Naija News reports that Justice Nyako adjourned the case of the pro-Biafra activist till 14 November 2022, pending the determination of the Appeal Court. It was gathered that Nnamdi Kanu’s legal team will approach the Court of Appeal following his bail denial by the High Court. Naija News had earlier reported that the secessionist had filed a fresh application seeking his release on bail pending the determination of the treasonable felony charge the Federal Government preferred against him. The application, however, was trashed when Kanu and his legal team appeared before the court for hearing on Tuesday. Kanu specifically urged the court to set aside the order it made on March 28, 2019, which not only issued a bench warrant for his arrest but also gave FG the nod to try him in absentia. However, Justice Binta Nyako who is in charge of the case said on Tuesday that she was not satisfied with the reason the IPOB leader gave for his failure to appear in court for continuation of his trial.

The executive Governor of Imo State, Hope Uzodinma has claimed that under normal circumstances, the school certificates of the All Progressives Congress (APC) presidential candidate, Bola Tinubu should be available on the server of the Independent National Electoral Commission, INEC. According to him, since the electoral body claimed it has a functional server, documents of the former governor of Lagos State as well as other politicians should domicile in the said server. Naija News understands that Uzodinma made the statement while reacting to trending controversies surrounding Tinubu’s secondary and primary school certificates. The Imo State governor tackled Nigerians for raising what he termed unnecessary conversation over the presidential hopeful’s school certificates. Uzodinma said for someone who served twice as governor of Lagos State and also ran as a Senator and won, such discussions should not have erupted about his qualifications. The Governor, however, said given the timeline available for their candidate, INEC would be provided with the necessary documents before the time elapses.

President Muhammadu Buhari will on Tuesday (today), depart the shores of Abuja, Nigeria on a four-day official visit to Lisbon, Portugal. This development was confirmed in a statement by the President’s senior special assistant on media and publicity, Garba Shehu. This is coming two days after President Buhari returned from Kigali in Rwanda, after attending the 26th Commonwealth Heads of Government Meeting (CHOGM). According to Shehu, President Buhari during the visit, will hold official talks with his Portuguese counterpart and will be conferred with the country’s National Honour and decorated with ‘Great Collar of the Order of Prince Henry. The two Presidents are expected to chair an enlarged bilateral meeting and witness the signing of some agreements bordering on issues of mutual concern. He will also participate in the United Nations Ocean Conference.

The details of the meeting between the Presidential candidate of the Labour Party (LP), Peter Obi, and the leadership of the Nigeria Labour Congress (NLC) and the Trade Union Congress of Nigeria (TUC) have emerged. Naija News had earlier reported that Obi met with the leadership of the unions during the 10th-anniversary lecture in honour of the former NLC President, late Pascal Bayau, in Abuja on Tuesday. It is understood that the LP Presidential candidate is discussing with the leaders to solicit their support ahead of the 2023 general elections. Addressing the workers, NLC President, Comrade Ayuba Wabba said the Congress was solidly behind Obi and would fully mobilise to ensure the victory of the party come 2023 general elections. Also speaking, TUC President, Quadri Olaleye said the unions can no longer fight for the welfare of its workers with strikes and protest, hence the participation in politics.

9. Owo Attack: Police Give Update On Arrest Of Gunmen

The Nigerian Police Force on Tuesday said that none of the perpetrators of the Owo catholic church attack had been arrested. The police stated that news of the arrest of some gunmen by the Amotekun was also news to them as no one was in their custody. Police public relations officer CSP Muyiwa Adejobi stated this during a media briefing. He noted that the Special Squad dispatched to Owo to investigate the attack were yet to make any arrest other than the expended AK 47 pellets and recoveries of unexploded IEDs.

A Federal High Court sitting in Abuja has rejected a motion seeking to disqualify Bola Tinubu and Atiku Abubakar as the presidential candidates of the All Progressives Congress (APC) and the Peoples Democratic Party (PDP). Naija News reports that the Incorporated Trustees of Rights for All International and the Northern Nigerian Youth Democrats had filed a motion asking the court to restrain the Independent National Electoral Commission (INEC) from recognizing Tinubu and Abubakar as APC and PDP presidential flagbearers. The plaintiffs stated this in the ex-parte motion marked: FHC/ABJ/CS/942/2022, dated and filed June 22 by the plaintiffs’ counsel, Kingdom Okere. Ruling on an ex-parte motion on Tuesday, Justice Inyang Ekwo said it was proper to hear from other parties and ordered the applicant to put all the defendants on notice. The judge further ordered the lawyer to effect service of the court papers on the defendants within seven days of the order and adjourned until July 14 for further mention. 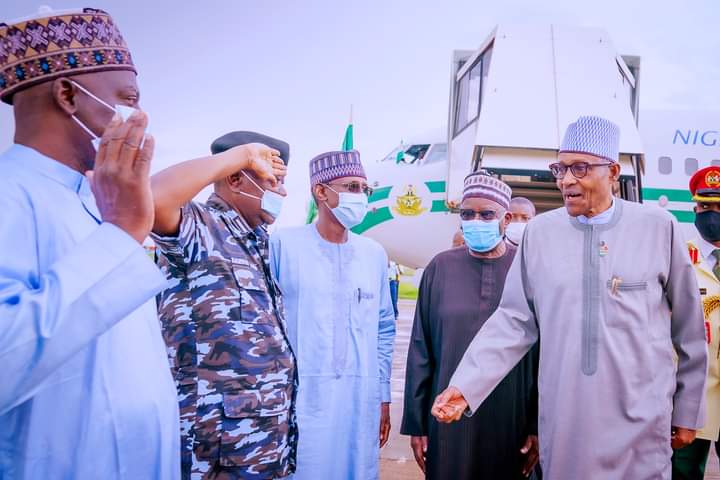 Buhari Returns To Abuja After Visit To Portugal (Photos) 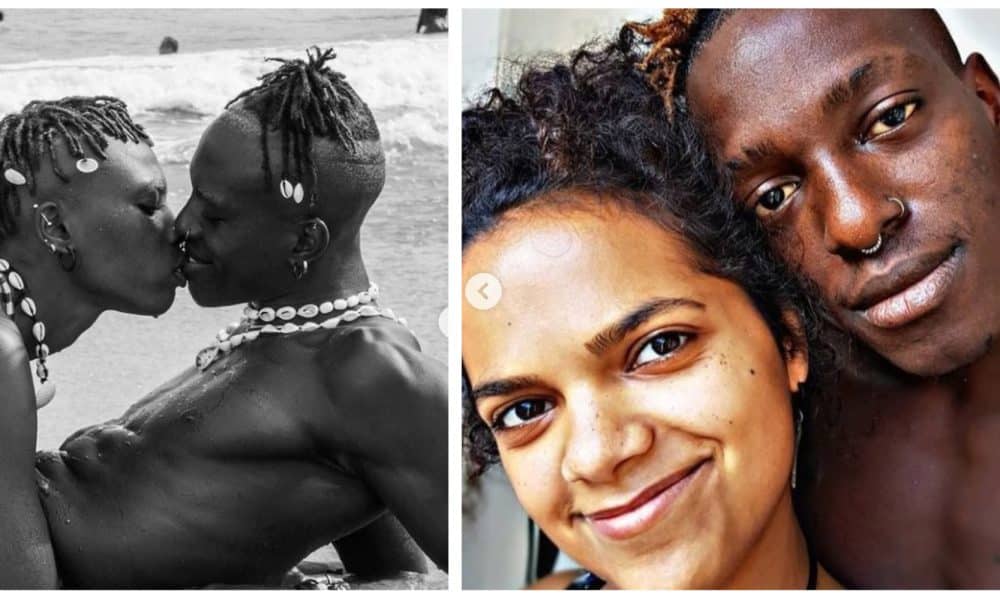 Photos Of The Women BBNaija Hermes Is In An Intimate Relationship With, Emerges Online