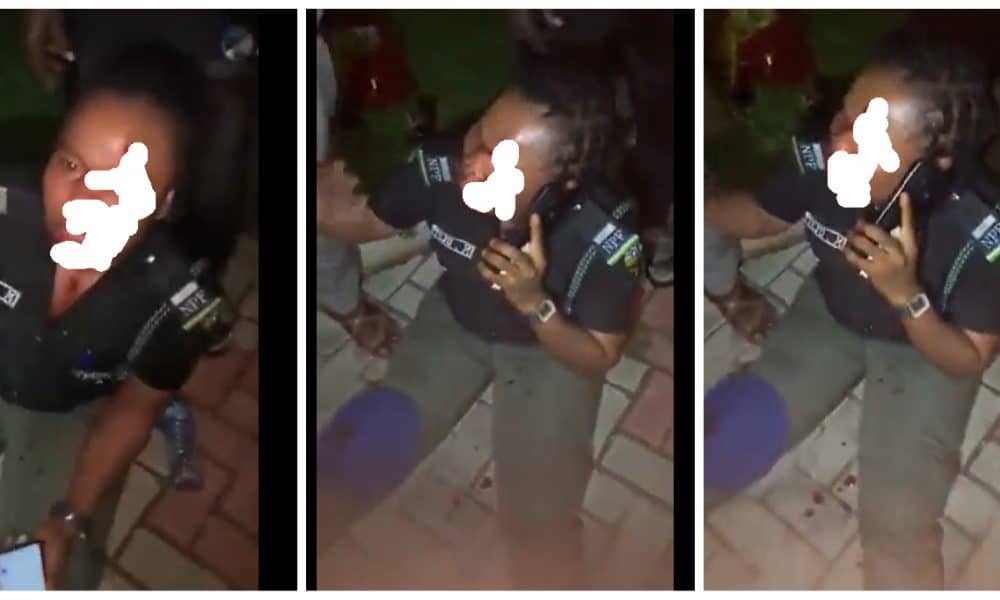 A viral video on social media has shown an officer of the Nigeria Police Force battling for her life after she was allegedly beaten up by the maids of a professor she was attached to in Abuja.

The assaulted officer told sympathizers that she was an orderly to one Prof. Dike Zainab who ordered her maids to deal with her. In the video sighted online by Naija News, the policewoman was panting and begging to be taken to a hospital as she had already lost some blood from the injury inflicted on her by the said Professor. See the video below:

The force command has, however, reacted to the incident following calls for justice by Nigerians on social media. Reacting to the incident via his official Twitter page, Force Public Relations Officer, Prince Olumuyiwa Adejobi said the accused person and her maids have all been arrested. Adejobi assured that an investigation is still ongoing on the matter and that the culprits would be taken to court as soon as possible, Naija News reports. The FPPRO tweeted: “Assault on woman police: We have arrested the woman professor and her staff since the date of the incident, the matter is getting necessary attention it deserves. FCT Command will charge d case to court asap. It is condemned in totality. We will still update you shortly. Tnks”